I am a young man of a certain age.  That certain age means that I grew up under the threat of nuclear armageddon during the Cold War. I also saw the end of the Cold War and the uneasy transition to the world we live in today where enemies are not easily identifiable by a uniform.  To paraphrase a quote from today’s topic, we live in the grays now.  The world is no longer black and white.

The Bond movies were born of the same era, roughly, in which I was born and they feel as much a part of me as Cure songs, Mexican soccer teams, and Latina single mothers.  What can I say?  They’re in my wheelhouse.

I have seen every James Bond movie ever made except one.  I have also read all the books.  For today’s topic, and in honor of the late Roger Moore, I have one burning question dedicated to each Bond film.  In order:

2- From Russia With Love (1963) – Is it weird that I was really proud that Pedro Armendáriz, a Mexican actor, played Kerim Bey, the Turkish station chief in Istanbul and even prouder of his attitude towards sex?

6- On Her Majesty’s Secret Service (1969) – Did you guess that this one is the one I have never seen and that I have always boycotted seeing it because I always thought it was stupid for James Bond to get married?  Follow up:  Does it surprise you that I’m unmarried and think Derek Jeter is the smartest athlete in the history of the world?

7- Diamonds Are Forever (1971) – Am I the only one in the world that misses The Mob running Vegas?

9- The Man With The Golden Gun (1974) – Were you as surprised as me that Tattoo was working for Scaramanga and thought that he ended up escaping from the junk boat, washed ashore, and then started working for Mr. Rourke?

12- For Your Eyes Only (1981) – Ok, seriously, WTF with that dude eating pistachios all the fucking time?

how the fuck did this movie not make a billion dollars?

16- The Living Daylights (1987) – Were the d’Abo sisters the 80s equivalent of the Deschanel sisters or the other way around?

18- Goldeneye (1995) – We’re all agreed that the absolute best way to die is between Famke Janssen’s thighs, right?

19- Tomorrow Never Dies (1997) – Is it raycess that I think this movie has the worst Bond girls of any Bond movie ever made?

21- Die Another Day (2002) – Were you, like me, disappointed that someone didn’t stab Madonna with a fencing sword?

23- Quantum of Solace (2008) – You have to admit, killing a guy by leaving him in the middle of a desert with a can of motor oil is pretty badass, no?

and RIP, Mr. Moore. You were awesome.

Hollywood makes money for a reason; those angry at bad casting in reference to the story for The Ghost in the Shell are far outnumbered by the people who wouldn’t go if an Asian actor played the Captain but would go since ScarJo is.

Maybe some crossover to the group that sent Leslie Jones death threats and covered the internet with racist bullshit for her part in the Ghostbusters remake, fucking Ghostbusters!

I believe we are the same age Balls, I too am an enormous Bond fan. I used to love when TBS used to put on the marathon during December.
Also am a very large The Cure fan, travelled long distances to see Mr. Smith live a few times.

Disintegration was one CD I didn’t send back.

Whenever I am down I play Disintegration, which makes me more down. I think I am doing it wrong.

I get the opposite effect. I realize that things aren’t as bleak as Disintegration and I perk right up!

I believe we are the same age Balls

Fun fact…I say this every morning when I look in the mirror.
Fuckers keep getting lower and lower.
/grumble grumble 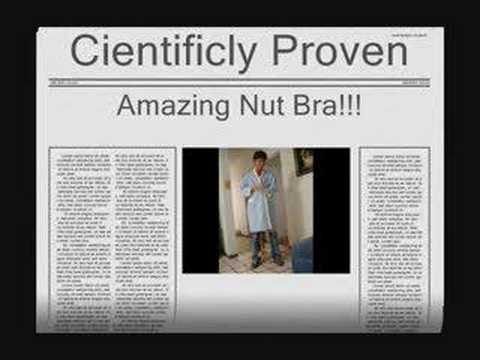 I think we are.

Things make a lot more sense now. This is one of my fav’s. Tho mostly it has to do with Walken’s really horrible acting performance. It was like he was practicing for the Continential on SNL or something.

Walken played Walken, or more of a caricature of Walken which made it even funnier in my mind. Somewhat like his Batman performance.

theeWeeBabySeamus
Admin
Reply to  Moose -The End Is Well Nigh nomonkeyfun
Reply to  Moose -The End Is Well Nigh
3

Since we’re coming out of the chronological closet age-wise, who else was a member of the Columbia House Music club? Keep your hands up if you actually ordered cassette tapes before CDs were a thing.
It was quite the e-mail scam if I remember correctly. They would automatically mail you a tape/disc or two every month based upon your musical preferences. You actually had to mail that shit back unopened or your account is billed accordingly. Forget about getting out, it was an audiophile’s Cosa Nostra through the United States Postal System. You were a member for life. If you failed to pay your bill, they’d send Grandmaster Flash to your home to slash your tires or Billy Joel to shoot out your porch light…
Based upon your musical preferences, of course.

“I’ve always been a “Victor/Victoria” guy myself.

Tape/disc? GET THE FUCK OFF MY LAWN!! Romonobyl
Reply to  Moose -The End Is Well Nigh

Barber of Seville fucking ruled! That should be required viewing by today’s youth.

I can’t believe I wrote “e-mail scam”, I even proofread that damned thing! Must have been reflexive, I guess I’m not as old as I thought.

I was! No, I didn’t receive Santana “Abraxas.”
Now get this! My selection were all sent to me on… 8 Track tape!

I do not recommend exclaiming “Ohh, Live and Let Die is on!” while sitting next to your Black (ex) girlfriend on the couch.

This has to hold the top spot of most RAYCESS Bond movie, followed by You Only Live Twice.

ballsofsteelandfury
Author
Reply to  Low Commander of the Super Soldiers

If you thought that was raycess, you should read the book…

“Oh I disagree, I thought it was quite insightful. I’ve always appreciated the work of a gifted fiction author, Anne Frank was my favorite”.

1. Bibi Dahl (ice skating jailbait in For Your Eyes Only)

It’s a matter of taste, so whatever. I liked the play of an underage trying to bang Bond because of the WEIRDNESS, the awkwardness, of it. It didn’t play well at all in some sectors, which made me like it even more, Moore. Bang Bond. Bang Bond. The world is no longer black and white.

“I’ll say. Unless they wanna fight!” The other thing I liked about the earlier Connery ones is that the humor, not taking themselves seriously, and campiness seemed so much more genuine and unforced….. also much less product placement.

I enjoy them all now anyway, just some more than others.

19. Are you actually denigrating both Michelle Yeoh AND still-had-her-fastball Teri Hatcher? I DEMAND SATISFACTION, SUH! WATER PISTOLS AT DAWN!

I KNOW! He needs a good punch in the Thunderballs for that. Michelle Yeoh is mmmmmmmmm top to bottom and both ways. I guess the skinny and athletic gets me.

#8 – I saw the 7-Up ads long before I saw the movie…it was shocking that the jolly 7-Up guy was so damn menacing. Also, kudos on the list; maybe someday we can do a deep dive (phrasing?) on Christopher Walken’s hair in the Duran Duran movie.

I had the exact same reaction.

http://www.madmagazine.com/sites/default/files/MAD-Magazine-James-Bond-Skymall.jpg
Is that a Hitachi?

Low Commander of the Super Soldiers
Admin
Reply to  Romonobyl

It always makes me happy to see that with just a little more time and effort, I could do Photoshops on par with such prestigious organizations as MAD.

I actually liked “On Her Majesty’s Secret Service.” I stopped watching when the Timothy Dalton era started. I did see Casino Royale though.
Speaking of which, you forgot the original with David Niven, Peter Sellers and Woody Allen.

Those Christmas puns were so terrible.

Moose -The End Is Well Nigh
Reply to  Enrico Pallazzo