Hey there! It’s your old pal Beerguyrob, back for another Saturday night of kvetchin’ and cavortin’. Did you all enjoy last night’s AFL Grand Final? That was a humdinger, and didn’t finish too late on the west coast, so I was up & ready for Australia vs. South Africa rugby this morning.

Shout-out to don_t: glad you’re back on the grid, buddy.

I’d like to thank my close, personal friend gallon_soda for filling in last week while I was off offending Christians at a dog show & catching a delightful cold in the process. The one thing I forgot to remind him of was to present you the broadcast maps for Sunday. Really, I blame one of the Russians that’s always trying to infiltrate the site for sidelining that message. Better that, I suppose, than having Ramon Mercader open your door. Anyways, courtesy of 506sports.com,

I had to look up what a “Spero Dedes” is, because I am unfamiliar with the breed. Turns out, it’s this

and he used to do play-by-play for the Lakers & Knicks. So, no wonder I didn’t recognize him.

Also, Brent Musburger took a run at Tony Romo’s broadcasting style the other day. It came across very much as

*NOTE: Philadelphia-LA Chargers will air in Los Angeles on KCOP My 13.

I can’t wait to hear the crowd reaction in the Eagles second home, the StubHub Center. Stockton’s going to be ‘gifted’ enough batteries for a billion pacemakers.

Next Saturday, Canadians get “Hockey Night In Canada” back. IT’S THE MOST….WONDERFUL TIME…OF THE YEAR!!!

Beerguyrob
A Canadian man-child of indeterminate age, he stays young by selling alcohol at sporting events and yelling at the patrons he serves. Their rage nourishes his soul, and their tips pay for his numerous trips to various sporting events.
Subscribe
Please login to comment
382 Comments
Inline Feedbacks
View all comments

She slides the rack one-handed. Impressive.

Other way around. Anyway, boobs.

What a ringing endorsement for punching Nazis.

Buy one, get one free!

I really appreciate my brother being friends with a swimsuit maker because her IG is just photos of models wearing her designs. 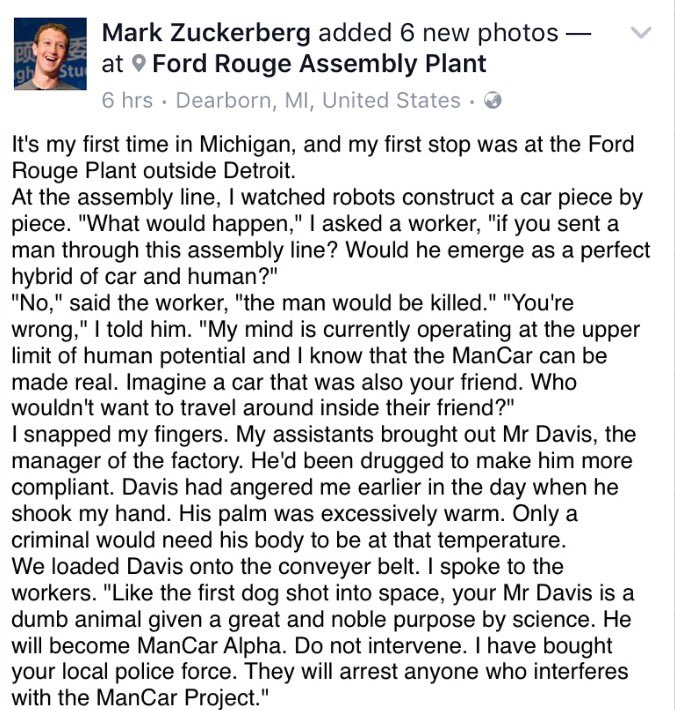 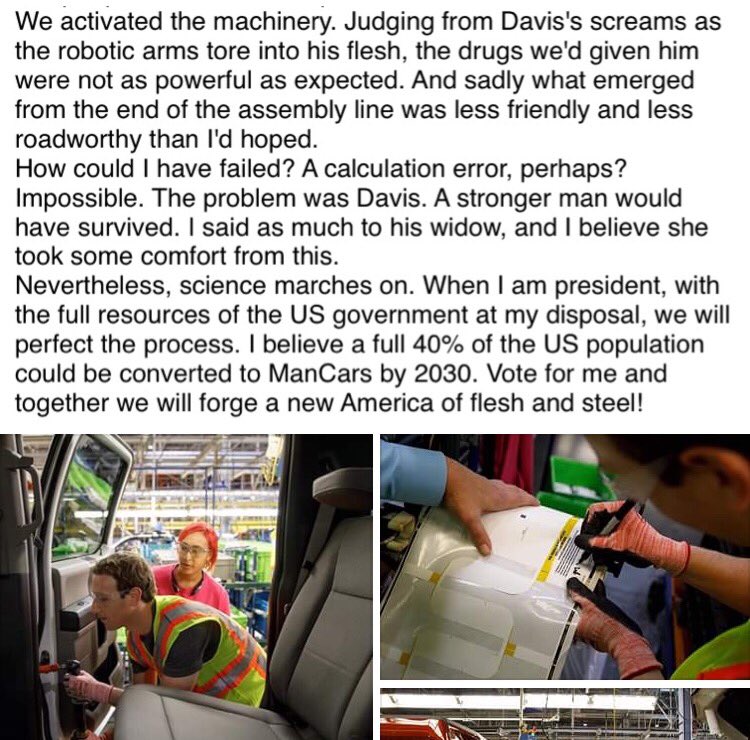 Yeah, but OchoCinco and I are holding out for the Cark-ZuckerBoat!
OchoCinco:”It could happen …”

Dammit, I had Elon Musk as the Silicon Valley Guy Who’s Actually a Robot! Who won the pool?

Musk is an alien who’s trying to get back to his home planet.

That’s weird. I’ve never thought of fish as “animals.” I simply thought of them as “fish.”

Boots on the ground… and up someone’s ass!