As many of you know, I like to complain. The weather, sports, politics, nothing ever seems to be good enough for Brocky. Naturally this extends to fantasy football, the thing that is supposed to distract me from those things. Such misfortune can’t possibly be the result of my own ineptitude, therefore it can only happen due to divine intervention. That’s right, I’m blaming my fantasy woes on God, and I’m posting every Tuesday how the big man upstairs did me wrong, this will feature as little embellishment as possible.

God gazes intently at the Earth. The majestic landscape is his creation, his life’s work. He snaps his fingers, instantly taking affect.

God chuckles as some poor schmuck playing mini golf misses an attempted putt. He had miraculously been able to take out a girl way out of his league. Despite his social ineptitude, and her clear discomfort, he had idiotically bet $100 vs a second date. She runs walks off, clearly pleased with the sequence of events.

God: “I do so love Friday the 13th, give me so many chances to f̶u̶c̶k̶ intervene with so much on earth. Why I think I ‘ll extend it all weekend! Hit the Music!”

This is totally what god listens to

SNAP! Some poor guy breaks his key while trying to get into his apartment

SNAP! A woman breaks the heel off her shoe on the way to a job interview

SNAP! Previously reliable Andre Ellington gets no carries nor any catches

SNAP! A child accidentally impales their Capri-Sun with a straw at lunch time

SNAP! Matt Forte has his highest score of the season while on Brocky’s bench

SNAP! The pop tab on a Dr. Pepper breaks off without actually opening the can

SNAP! Kenny Stills has his highest score of the season, while on Brocky’s Bench

SNAP! The Raven’s Defense/ST Gets 2 scores while on BROCKY’S FUCKING BENCH

SNAP! Your little sister gets kidnapped on your tenth birthday, and you have to go on an annoying quest to save her

SNAP! You find out the dark lord of the sith is actually your father!

SNAP! Brocky falls to 3 and 3 in his money league!

SNAP! Brocky’s Defeats Seamus in the DFO league! But its bittersweet as Brocky put’s almost no effort into that league! Plus, you know, Seamus likes to complain a lot too

SNAP! Jesus’s attempts to intervene are thwarted when the elevators in heaven inexplicably stop working.

For an entire week.

He’s been stuck in there since last Sunday. Good thing you don’t need to eat in Heaven, those three days in Golgotha ain’t got nothing on this kind of hunger.

Brocky
Congratulations, you've wondered to the profile the being commonly known as Brocky, step 2 is washing it off. Brocky is a castaway from the old site, and took part in the great migration of 2015. His tastes can vary from the cynical to the bizarre, and a weird affinity for the band Nightwish. Brocky is a die hard Chicago fan, and can be found hanging his hat in Indiana, his windbreaker in ohio, and once lost a shoe somewhere in northeast michigan (Don't worry lefty, you and your brother WILL be reunited) anything else? feel free to ask... also, if you're wondering about the pic, its a hyena carrying a the head of a lion. King of the Ocean my Ass!
Subscribe
Please login to comment
11 Comments
Inline Feedbacks
View all comments

I’m so proud and honored for the way you started this post.

Anyone watching the dirt ball today? 4th inning? The double replay? What the fuck? Am I going to run out of question marks on my IPad? Who knows?

Effort in FF? I am the worst in the world, are you saying if I applied myself I could be better than 1-5 in most leagues?

You own Matt Forte and Kenny Stills and you want sympathy for your shitty FFL team???

I say good day to you sir! 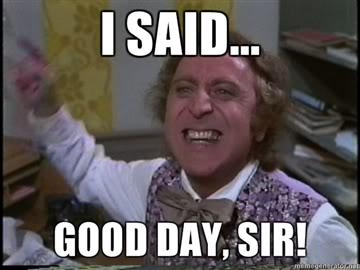 For some reason, I really look forward to learning how Yahweh shit on Brocky’s parade each week.

/pours one out for Brocky
//not any of the good stuff, some of that #swill seen on teh teevee

Wind Waker is the absolute shit. 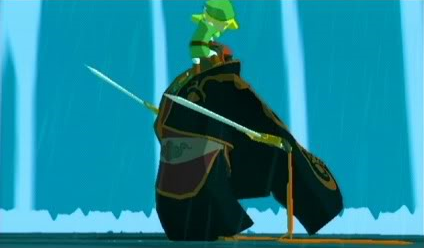