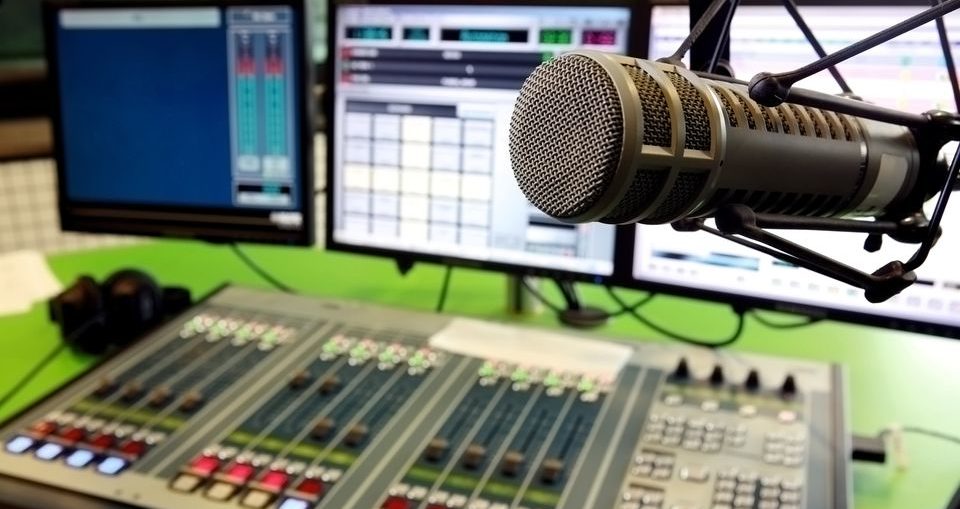 The PRODUCER sits at his regular station outside the recording booth, looking relatively relaxed.  DJ3000 is humming quietly in the corner.  The PRODUCER punches the talkback button to open up a line into the studio.

PRODUCER: Looks like we’re just about ready to roll.  You’re all set? 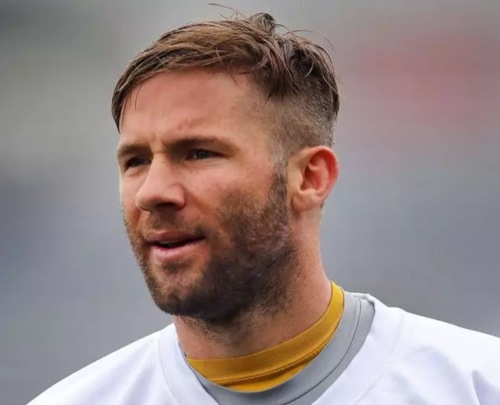 JULIAN EDELMAN: Are you kidding? I’m pumped!  One thing – my throat’s a little dry.  You got something I can sip while I’m in here?

PRODUCER: Sure thing – some coffee? Water?

EDELMAN: Got anything sweeter?

PRODUCER: I’m sure there’s something in the fridge. Connor, would you…oh, right.

The PRODUCER gets out of his seat himself, heads into the kitchen, and returns holding a package encased in plastic.  He pulls something loose and passes it into the studio, where JULIAN EDELMAN takes it gratefully. 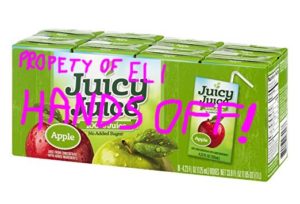 EDELMAN: Perfect, thanks. You know I love the juice.

EDELMAN: Yeah, I figured you were gonna ask about that.

PRODUCER: It is fair game to talk about it on the air?

PRODUCER: Wow, great. Okay, here we go…[counts it down]…Welcome to another edition of Request Line at KDFO.  With me this week is our very special guest, Julian Edelman. Welcome!

EDELMAN: Thanks for having me.  If it’s all right, I’d like to start the show by setting the record straight about something.

EDELMAN: So there’s this jogging trail, going through the West Fens. You know it?

PRODUCER: In Boston? No, not really, I…

EDELMAN: Anyway, somebody has been shitting on the trail.

EDELMAN: It sure is. But what’s worse is that they’ve been picking it up and using it to write graffiti.

EDELMAN: But it’s even worse, because they’ve been using it to write my initials.

EDELMAN: And so what I wanted to make clear to everyone in Boston is that I don’t know who’s doing it.  It’s not me.  And the only reason I wear those nitrile gloves is because I want to be used to running with gloves on, the same way I do on the field.

EDELMAN: [glaring at him] Man, what’s with the third degree? I told you I had nothing to do with the pooping, isn’t that good enough for you?

PRODUCER: Uh, sure. But I don’t understand why…

EDELMAN: Man, I can’t believe you even brought this up.  What’s next, you gonna ask me about all those contempt charges I got hit with in family court last month?

PRODUCER: Wait, you were…

EDELMAN: See, look at this.  I can’t believe you’re sitting there accusing me of that shit.

PRODUCER: I didn’t accuse you of anything.  You were the one…

EDELMAN: Goddamn witch hunts, man. That’s my whole life right now.  The Fenway Running Club, Judge Mortensen, those eggheads at the NFL’s laboratory facilities…they’re all liars.  They’re all just telling lies about me, man, just to get some exposure.  Well you made it onto the radio, folks.  I hope you’re happy.

PRODUCER: Maybe we should, uh, get to the music.  You got a topic?

EDELMAN: I sure do, man. False accusations.  In fact, I got the perfect song to get things started with.

Editor’s Note: Today’s theme is “false accusations” – but it’s a pretty narrow topic so feel free to be generous with your interpretation of the theme.  In order to have videos appear in comments, you don’t have to mess around with embed codes or anything, just post plain links as such: “https://www.youtube.com/watch?v=mAkeG7G8agin”.  When you hit refresh it should show up as embedded and you can rock out at your leisure. If your link doesn’t pick up, an admin will try to help out.

Any of the “pigs” songs would work, really:

Hahahaha….I knew I’d think of one eventually which would annoy SoS.
Hell, this one even annoys me. But totally worth it…

Hey tWBS, isn’t this two weeks in a row for you posting this song?
Yes, other tWBS. Yes it is.

Sorry. Sincerely. But I gotta….
https://www.youtube.com/watch?v=ERm_WNxGs1U

Hehehehe….if one must place blame?
(holy shit I should be ashamed of this one, yet I’m not)
((really going to go get alcohol now, jeebus))
https://www.youtube.com/watch?v=nqxVMLVe62U

Let’s make this into a DOUBLE SHOT, sort of.

Got arrested for incitin a peaceful riot

(Also, “slit-eyed lady” is a lyric that has not aged well.)

“People said that you were virtually dead…and they were so wrong.”

…and this one’s my Tom Brady.

OK, I gotta go buy some alcohol.
Some asshole broke in again last night and drank all of mine.
I think I need to get the locks changed.

the call is coming from in the house….

I have no recollection of these events, Senator.

How about something from The Dreyfus Affair? Huh? Huh?

Pro tip: don’t see this movie until you’re old enough to understand what the fuck is going on.

If one chooses not to surrender however….
https://www.youtube.com/watch?v=j2s8yGMEbSs

Another (sort of) double….
https://www.youtube.com/watch?v=DEBSr_ZaewY