Ian Scott McCormick
Ian is a New Yorker, a father, a husband, a sports fan. He covers a variety of subjects but really only appreciates burgers and cola.

Of course. Of fucking course they did. I had just gotten done talking my ass off about how the Nets weren’t that bad. I swore they were legit. The trash Knicks fans at my office would have to watch them for at least one game when they took the N-Train over the East River and into the Garden.

They are my Michigan J. Frog. I go touting their potential, telling everybody that I’ve got an insight tip on the greatest show on earth, and then the frog acts like a fucking frog? In the immortally NSFW words of Dave Chappelle, fuck that frog.

I’m done. Kill this season. Tank for the draft. It’s all over. Why I say…

Look, to tell you the truth, I’m pissed off, but it’s got nothing to do with the Nets. It’s October. They’re the Nets. I knew what I was getting into, and if I’m going to get upset over a three game skit in November that will likely turn into a six game skid after their next games against Detroit, Houston and Philadelphia, then I chose the wrong team to watch for an 82 game season. There will be streaks like this. In fact as I look at the schedule, there will be a lot of difficult games. It turns out every game is difficult when you’re somewhat talented but not all that good.

They’re off to a bad start, and they probably needed to pick up that W against the wet garbage Knicks, but I can’t get too upset about a young team losing the 2nd game of a back to back. The game almost numbed me. We’re seven games in and for a second there I was deathly afraid that I had run out of things to say. Terrifying stuff when you’re drinking warm vodka straight up on a Monday, surrounded by the numbing agents of middle aged suburbia. I went to the zoo last weekend. I take my two year old trick or treating on Wednesday. I turn 38 on Sunday. I don’t even mind that I have to schedule my nights of debauchery as if I’m making a goddamn dentist appointment. Instead I live for the few hours where my wife will fall asleep putting our toddler to bed, when I can have a few moments to myself. It’s all wholesome stuff, but terribly boring to write about, and I would sympathize with anybody who had to listen to my mindless drivel.

Coupled with that, I’m throwing rope. Sure the Nets just played three games in four days, but I wrote three things in four days. Damn it, that’s not enough of a refractory period. It’s a grind. And I can’t grow an audience by just recapping the Nets. There are plenty of blogs that cover that ground, and for the most part they’re really boring stuff unless you’re some Nets wonk. Which you most certainly are not. No this space has to be about something different, and having to write about things five times a week will kill that creativity. So when the Nets play some uninspired basketball in the Mecca of Basketball, I’ve don’t have a lot to work with. I’m not upset. Basketball isn’t like that for me. I’ve grown accustomed to my teams always sucking and don’t have any real angst when the wrong team wins something. It’s a long season, and the Nets got their assholes kicked in by a team that went into the game with one win in their first six games, but look man, sometimes you just get tired. What am I going to do, yell at Spencer Dinwiddie for not being better? No. It’s a very long season, and we aren’t winning the title anyway, so I don’t need to go pointing fingers. Spencer did fine tonight, for what it’s worth. I just picked him because he has a funny name, and does silly things from time to time in spite of his preternatural agility.

The anger didn’t come until well after the game when I was dicking around a previous draft to this entry, and the YES Network aired their Forbes Sports Money garbage. See today they were interviewing the one and only Jerry Jones, and just tossing softball after softball at the old piece of shit. I don’t have to explain who Jurrah is to any of you guys. Oil piece of shit. Buys team. Gets bit by a radioactive spider. Uncle Ben dies. Blah, blah, blah. You’ve read the biography 7,000 times. The man has always been a transparent example of human waste, in this current political climate, his smirking sense of superiority seems even more vulgar. And when professional fluffer Mike Ozanian asks him what the future in the NFL is going to be, that worthless ballsack had the audacity to say ‘Stadia.’ I think. Maybe he said ‘stadiums’ but with that accent, it sounded like he was being an economy sized asshole and going with ‘stadia’ like those people who pronounce guac as ‘guacamoll.’ He pretended that outlandish stadiums were an example of virtuous behavior by the owners, and said something about how you can tell the level of commitment that a particular owner has for his community by how much bullshit he puts into the venue. Of course the city of Arlington paid $325MM for AT&T Stadium and currently own…[checking notes]…0% of the stadium. And every economist has said that the benefits that the local community might have are negligible. Hell, Yankee Stadium hosts 81 games a year, and the South Bronx are still shit. And then he goes on to suggest that any stadium that is 10-20 years old is probably in the market for a new stadium.

Folks, this wasn’t meant to be some gotcha interview. Mike Ozanian spent half of it laughing and doing everything but going up top for the high five. But Jerry Jones still showed his asshole to the 8 of us who were actually watching an episode of SportsMoney with a Brooklyn Nets lead in. I realize that this site is meant to exist as a sports oasis in an internet littered with partisan commentary, but not tonight. Tonight the bastards are repeating the lie that cost taxpayers millions to further line the pockets of the billionaire owners who will never stop bleeding us. Jerry Jones isn’t even ashamed. He might be incapable of shame. The Cowboys haven’t made an NFC Championship Game since the first term of the Clinton administration, and he has never been anything other than a horse’s prolapsed anus, but we keep on congratulating the moron, and he just keeps falling further and further upward. Later Ozanian and Bob Lorenz made sure to tug off JJ one last time by mentioning that he merged two oil companies into one and the stock was now worth $700MM. O RLY? He made a lot of money mining for oil in Texas? Well aaaaahhhhhhllllll be. What a fucking businessman. Yee haw.

But it was the relentless shilling for the stadium grift that really got under my skin, and the notion that teams with 10 year old stadiums are already working on their pitch (“PUT THE MONEY IN THE BAG”).

I’m part of the problem. About a decade ago, the Barclays Center was at the heart of a battle, where people who had built a community were being told that they had to move. That their buildings were being demolished so that the New Jersey Nets could make the leap from the Metro area, to inside the city limits. The poorer people were pushed out of the hood. The white people came in. My wife and I ran to this neighborhood when she became pregnant. This was a place where she was terrified to visit as a Brooklyn Tech student back in the 90’s, and now she was leaping at the chance to live in an garden level apartment, because it’s so safe. Michelle Williams put it on the map. We share a pediatrician with Kerri Russell and Matthew Rhys. Ethan Hawke lives around here somewhere. I’ve seen Bobby Cannavale at one of the brunch spots a few blocks away from my place. It’s where all the well meaning liberals with money and an aversion to fear move. We don’t have that kind of money, and we’re going to move to another neighborhood when our lease is up, but we played our part as colonists. We did what we could to gentrify the hood just a little bit more. And I’m even rooting for this Nets team that did that to so many people. But at least our billionaire Russian oligarch owner has the good sense to keep his mouth shut. After dabbling with becoming the next George Steinbrenner, he’s gotten bored with is investment and has mostly fucked off to mother Russia, with rumors abounding that he will sell the team in a few years. What’s done is done. In some sense New York City has always done this to the most vulnerable. Remember that Central Park was built over Seneca Village. But I feel bad, and I’m not even profiting off this crap. I’m just a guy who wanted to live in a nice neighborhood.  To some degree I’ve made peace with the fact that we’re the product and not the consumer. They have won and they’ll probably continue to win until they smell that last rail of coke on their high priced callgirl’s saline enriched tits before going to the great luxury box in hell. But I wish these owners wouldn’t be so damn smug about it.

The Brooklyn Nets are now 2-5 and are currently in a 3-way tie for 11th place in the Eastern Conference.

Ian Scott McCormick
Ian is a New Yorker, a father, a husband, a sports fan. He covers a variety of subjects but really only appreciates burgers and cola.
https://ianscottmccormick.com/
Please Login to comment
6
6
0
9

What gets better ratings for YES, the Nets broadcasts of the NYCFC broadcasts?

Also what gets better ratings for YES, the Nets, NYCFC, and SportsMoney combined (x2), or Homegrown?

Re, Jerry Jones: if you’re a capitalist pig, being transparent about your greed and self-love will be considered endearing (honest even), by The Little People.*

Glad to see the mobbed up owner has fucked off back to Russia. Hopefully he’ll have a happy ending like Whitey Bulger.

RIP to the International Hide and Seek Champion

Something that’s easy to overlook (and gratifying to remember) is that many of these assholes actually do die in misery. 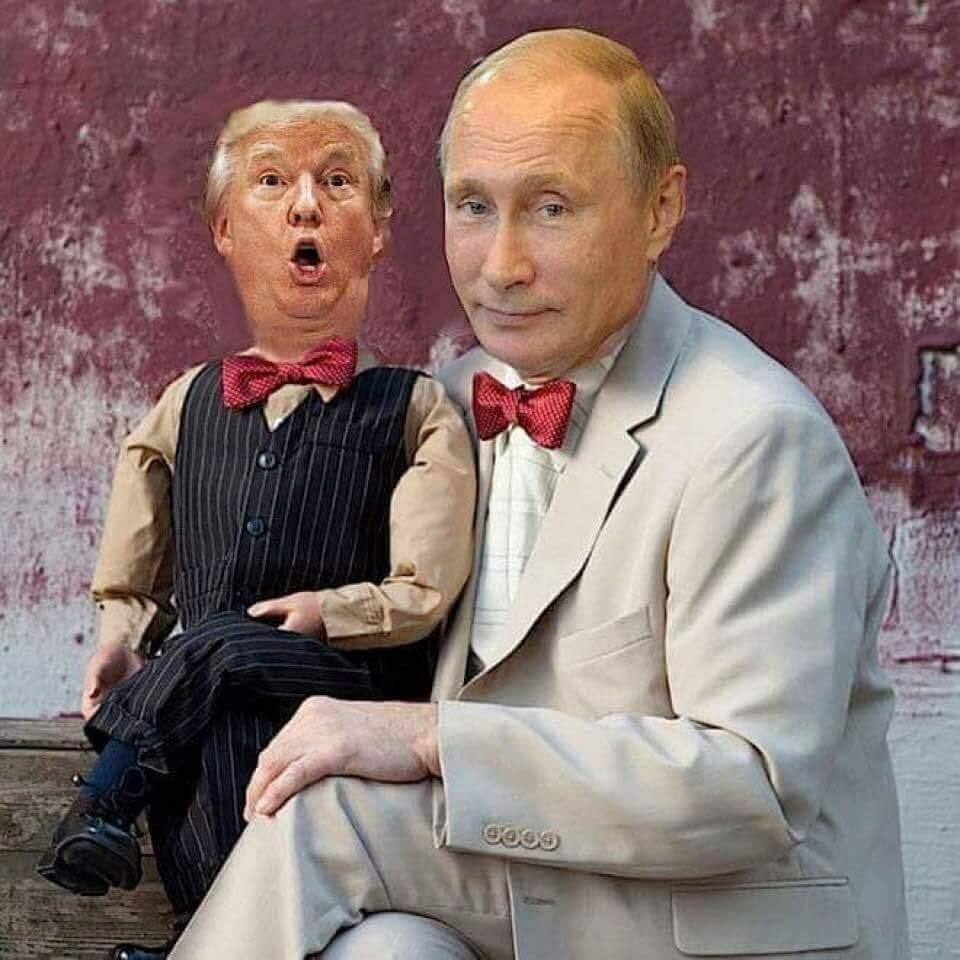 “They have won and they’ll probably continue to win until they smell that last rail of coke on their high priced callgirl’s saline enriched tits before going to the great luxury box in hell.”

I want to marry that sentence and have babies with it.

But construction is mobbed up to the gills, and everybody wants a piece.

All they need is a podunk little suburb with stupid council members that are easily bribed to get their piece and bankrupt their citizens/ city.

always up to no good!