I was scrolling through the TV channels the other day, waiting for the phone to ring about my next head coaching gig, and I stumbled across some footage from the ’98 Vikings on ESPN Classic. God, was that a team. They were fantastic. Cris Carter and Randy Moss catching passes from Randall Cunningham? Ridiculous. It’s fun to watch a team that executes basically perfectly all the time. Such a shame about that Gary Anderson fellow, though. That led me to thinking about a weapon that was actually really awesome, for once – completely insane and incredibly dangerous, too, but ruthlessly effective and terrifying to all who opposed it!

Purpose built: To destroy any and all enemies with devastation and terror

What is it? The Byzantines were the last bastion of the Roman Empire; the capital of Constantinople was the crown jewel of the land and the crossroads of the known world, serving as a meeting place for travellers all across Europe, Asia and north Africa. As such, the city was a highly coveted one, and the Byzantines had to vigorously defend it from invaders, in particular the Ottoman Turks. When the city finally fell to Sultan Mehmet II’s army in 1453, the Roman Empire finally came to an end after over 1500 years in existence.

As such a long-standing world power, the Byzantines needed to be clever in the defence of their empire, and in particular of the city of Constantinople. In addition to their elaborate city walls, buttresses and towers that were an essential part of their land defence, the Byzantine navy was arguably the greatest in the world throughout their existence. And essential to that was the weapon known as “Greek fire.”

It’s important to note a few things: the Byzantines weren’t Greek. Sure, they spoke the language, and shared many similar cultural customs, but I’m sure if you called a Byzantine a Greek back in the day, you probably would’ve got in a tussle for it. The name “Greek fire” comes from oversimplification of translated terms from accounts dating from after the founding of Byzantium.

Second: nobody knows the recipe for Greek fire anymore. It was a carefully guarded secret that was passed down from emperor to emperor, and as such, when Constantinople fell in 1453, the secret was lost as well. Historians have speculated that the formula was likely petroleum-based, and probably included such things as pitch, sulfur, pine or cedar resin, lime, and bitumen; it may have also contained gunpowder, or saltpeter, as historical accounts have said that it made a booming noise when fired.

Greek fire was used time and time again to defeat enemies of the Empire – it was used both in naval warfare and land battles. While it was certainly effective on land, it was even more effective on water; historical accounts seem to state that it actually ignited when it came in contact with water, and was basically impossible to put out – except with sand, vinegar, or urine.

The biggest asset for Greek fire is that the Byzantines actually had complete control of the weapon at all times – a surprising feat for such a deadly substance. Originally, it was deployed through a series of brass tubes, each with a pump at one end and a nozzle at the other, allowing it to be accurately pressurized, aimed and fired. On warships, these tubes were mounted in multiple places, akin to cannons in the gunships of the 16th through 18th centuries. On land, terra cotta hand grenades full of Greek fire were developed, and later, portable handheld tubes that infantrymen could use on the battlefield. Later developments including sending unarmed “fireships” to float into the middle of an enemy fleet, which at first would appear to be abandoned, but would then catch fire thanks to flaming arrows sent from afar. According to many historical accounts, many soldiers preferred to jump overboard and drown in the water, rather than get burned alive by Greek fire.

There are of course no modern-day demonstrations of Greek fire, but we can kind of get a sense of what it would be like thanks to the use of napalm in modern-day battles… like what the United States did in Vietnam. Instead of that, let’s go with a better, though technically fictional, example from everyone’s favorite fantasy show, Game of Thrones, from the Battle of the Blackwater in Season 1.

Why didn’t it work? Oh, it did. It worked very, very well. Imagine if napalm could be used with even greater accuracy. This shit was terrifying. The issue, really, is that since the exact recipe has been lost to history, all other attempts to re-create the stuff haven’t been able to come close to replicating it. As mentioned previously, the Byzantines were so determined to keep the manufacturing process of Greek fire a secret that only the emperor knew every step of the formula. Elsewhere, there were specialists for individual elements of the process – some would construct the pump, others would build the nozzles, while others would make the actual fuel for the weapon – but those specialists wouldn’t have the requisite information for the other steps, lest they accidentally fall into enemy hands, or worse, be a spy. The process was so complicated, when the Bulgars actually managed to conquer a few smaller outport cities of Byzantium in the 12th century, they actually got their hands on some Greek fire cannons and fuel – but they weren’t able to get them to work at all.

Also, if it were still around, I guarantee we’d have a thousand times the number of war crimes trials we currently have today. Napalm is bad enough, but it has the tendency to also backfire horribly if not handled properly. I imagine Greek fire would as well, but seems like the Byzantines at least had enough foresight to develop some rudimentary safety protocols along with it.

What could make it better? Build an airplane/drone that looks like a goddamn dragon and stick a Greek fire cannon in the mouth area. Congratulations! You just conquered Asia Minor. Finally, here’s a napalm flame thrower, just for fun.

Information for this article taken from here, here, here and here. Banner image by The Maestro.

The Maestro
The Maestro is a mystical Canadian internet user and New England Patriots fan; when the weather is cooperative and the TV signal at his igloo is strong enough, he enjoys watching the NFL, the Ottawa Senators & REDBLACKS, and yelling into the abyss on Twitter. He is somehow allowed to teach music to high school students when he isn't in a blind rage about sports, and is also a known connoisseur of cheap beers across the Great White North.
https://www.doorfliesopen.com/index.php/author/the-maestro/
Please Login to comment
6
3
0
9

Fun fact: Dean Spanos had a serious case of “Greek Fire” after his trip to Thailand.

I’m actually shocked it wasn’t Spanos getting busted at an Asian massage parlor with a 2 fer 1 coupon.

No, no, they only make the identical twins available for the Platinum Club buyers.

“One can make napalm with equal parts gasoline and frozen orange juice concentrate if one were so inclined.”

Kill it with Greek Fire will be the new expression.

impossible to put out – except with sand, vinegar, or urine.

not sure I want to know how they found this out 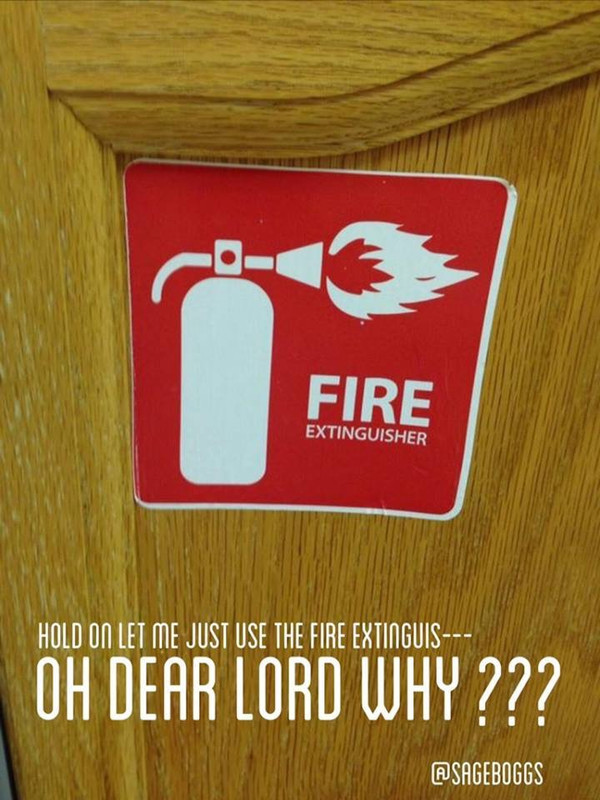 Burning which cannot be put out and pressurized to stream out? Maybe the missing ingredient is Taco Bell.