Ian is a New Yorker, a father, a husband, a sports fan. He covers a variety of subjects but really only appreciates burgers and cola.

Have you ever considered what it takes to be a talking head? Think about Skip Bayless, and his entire livelihood. For the past 16 years, the man has woken up, compelled to craft the exact same sports arguments. It’s not so much a retelling and understanding about the previous night’s game, but a chapter in his thesis that LeBron James is not a clutch winner. Whether you think that is a valid opinion or not is irrelevant to the point I’m making. What I’m saying is that he, and other people within his industry wake up every day and fight with a vigor they would never commit to anything less frivolous than sports. They argue about games, but not as a means of understanding what had just happened, but as a chance to wax philosophical on what those games represent. They argue as if they were discussing resolution in the Palestinian Conflict, with absolute belief in their stance, ready to defend their position, whether public opinion is on their side or not.

I don’t know what else to say about the Brooklyn Nets. They’re an entertaining team that is always fatally flawed by one narrative or another. They’d started the season as a laughingstock. They looked interesting, but lost Caris LeVert. They’d lost Caris LeVert but looked good. D’Angelo Russell and Spencer Dinwiddie had formed a deadly two headed snake, but Spencer Dinwiddie hurt himself and needed to leave the team. Spencer Dinwiddie had left but D’Angelo Russell became more than a fringe talent and had blossomed into a deserved All Star. D’Angelo had become a star and Caris LeVert and Spencer Dinwiddie returned, but they were ordered to a three week march of death consisting of a six game west coast swing with a seventh date in Philadelphia, and games against Milwaukee, Toronto, Boston, Indiana and Miami. There was always something that stood in their way from where my mind wanted to believe they belong.

They flew into Milwaukee, having lost game after game, and only spared in the playoff race by the futility of their competition. But Giannis was out. So they would have a chance. And here I am, much like Skip Bayless might have been, had he not been a shit commenter, trying to come up with a new angle on D’Angelo Russell being a good acquisition, or Spencer Dinwiddie or Caris LeVert being interesting bench players. Trying to come up with yet another take about how they are dangerous without being a serious threat to win the championship.

The Brooklyn Nets were a fun team to watch this year. My dad used to always talk about certain teams being “a fun team to watch this year.” I’d noticed that he never said that about the prohibitive favorites. He’d said that about the fringe contenders for 8th place. He’d said that of the spunky but inadequate squads, usually Syracuse basketball, but originally about the New York Yankees. In the days where he’d told me that his favorite player was Mattingly, who was cooler than most, but never somebody who should have been confused with the greats of the game. He’d said it about the losers whose greatest ambition was to stop losing for just long enough to remain relevant. The Brooklyn Nets are the Platonic ideal of this designation.

They won the game. I can navel gaze all I like, but that’s really all that matters here. The Nets won the game. Giannis didn’t play, which was most likely the only reason that they’d ever had a chance, but the Nets won, and somehow as I write this are in 6th place in the Eastern Conference standings. If the season were to end today, they’d play the Philadelphia 76ers, who they had won games against earlier this season. There still exists the possibility of that first round upset, provided that each and every thing fall into place. The Brooklyn Nets are good, and I’m relieved that there is a chance that everybody in the country might see what I have seen for the better part of five months. At the very least I’d appreciate the validation that I am not crazy, or stupid, and have in fact correctly identified the seduction of the Brooklyn Nets in advance of the masses. I’d liked this team before they were cool.

I guess I’m optimistic. Sure I’d downed half a bottle of chardonnay, a Guinness Stout, something called The Lizard King, and maybe got into the honey oil a bit, and maybe I’d spent four minutes in the fourth quarter standing in my bedroom, staring at my face in the mirror and listening to Ian Eagle describe the Nets battling away in the fourth quarter. For a few minutes I’d managed to free myself from the distractions that can bit any modern sports fan. I’d ignored my charging laptop and my charging phone. I’d listened to the man frequently called 3-Angelo strike yet again from deep. And then I’d trimmed the top layer off my pathetic beard down to stubble while leaving my dirty mustache. And then I set down and watched the rest of the game, rueing the moment when I would have to sit down in bed while my wife barked at me to stop typing so she could get some damn sleep.

And here we are. With me once again trying and failing to come up with something unique to say about the state of the Brooklyn Nets. Earlier this week, Mike Axisa of the excellent Yankees blog River Avenue Blues announced that after 12 years he was ending the blog in a month. It was an odd time to tap out, but on top of his job writing for CBS Sports, he’d decided that he was burned out creating content year round for one baseball team. He’d mentioned that he’d thought about shutting it down years before, and went into the season not knowing how far he’d make it. As it turns out he’d get to the end of April. And honestly, I have no idea how he maintined his passion project for longer than three or four months. 12 goddamn years is too long to talk about anything, much less something as ridiculous as a squad of men who put on pajamas and bang sticks. Christ, I can barely get through this. I will not be doing this for 12 years, I can tell you that much.

Once again, the Brooklyn Nets are now 40-40 and in sixth place in the Eastern Conference.

Ian Scott McCormick
Ian is a New Yorker, a father, a husband, a sports fan. He covers a variety of subjects but really only appreciates burgers and cola.
https://ianscottmccormick.com/
Please Login to comment
11
10
0
10

So who wants to tell Ian about the involuntary 20 year contracts, a la Tim Meadows on SNL.

I like LeVert because his name is French for “The Vert”. 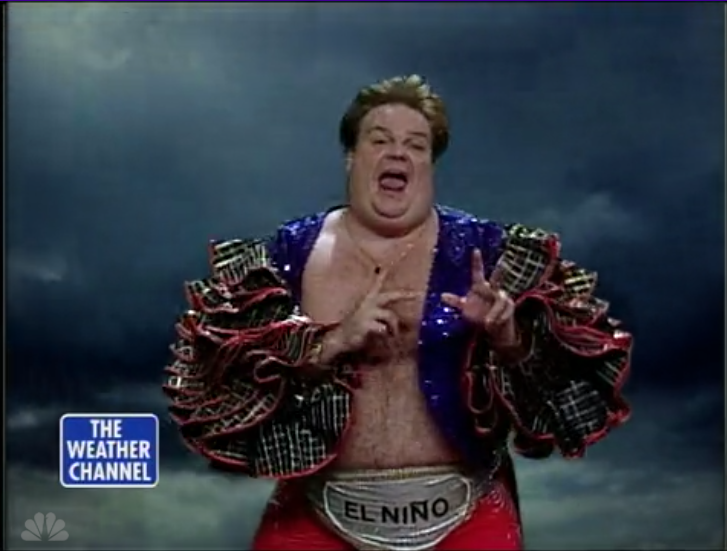 Pacers are wearing the “Hickory” uniforms.

it was a yuuuuuggggge loss when Donks WOO!! lost the great independent blog It’s All Over Fat Man.

/the Nets are setting us all up FOAR heartbreak, ain’t they

They’re in the playoffs. Sure, I’d like for this ride to continue for as long as possible, but heartbreak is officially out of the question. From now on it’s house money.

padres got make something happen these last couple innings…

Narrator: they didn’t do a thing.

/and of course, #BFIB radio guy couldn’t stop moaning about the time he didn’t move a runner over to 3B

Nets-Pacers is at 2 p.m. PST. My understanding is that if the Nets win, they will have clinched a playoff spot. I just might watch.

For just one year, I’d love for sports networks to shit can all these Taek Artists and do good ole fashion sports journalism in the hopes it does higher ratings so we can get some semblance of normality again. I hate how much sports”journalists” have become news “journalists”

I swear to you, up until I watched the Nets play the Trailblazers in that crazy double OT game, I thought his name was Spencer Dimwiddle. Like Widdle. Like Baby Tiny. I kept thinking the announcer was saying it wrong.

Somehow, it sounds better my way.

With me once again trying and failing to come up with something unique to say about the state of the Brooklyn Nets.

Even when Ian is claiming to be phoning it in, it’s still great stuff.

True story Bro….me and teh Hippo have a friend who once broke Bayless’ nose in a bar fight.
I wish I could have been there to actually see it.

That man should never have to pay for another drink in his life.

Wait, that’s sexist of me. Maybe it was a woman. Oh, please let it have been a woman. Wait, I’m being sexist again now.

Nope. But it was over a woman. The one the friend is married to, in fact.
Bayless couldn’t take “no” for an answer from the guy’s wife. So, he ended up getting his nose all brokeded.

Not all heroes wear capes.

that guy could party with Horatio’s crew, even