Finally, in Hippo-interested news, former Patriot Richard Seymour is in the top-40 remaining players at the 2019 World Series of Poker.

Just because: CBS – who had the link to the Poker details – issued a new poster for their “Picard” All-Access series today, and I think this tweet sums it up best for die-hard fans:

Beerguyrob
A Canadian man-child of indeterminate age, he stays young by selling alcohol at sporting events and yelling at the patrons he serves. Their rage nourishes his soul, and their tips pay for his numerous trips to various sporting events.
Please Login to comment
23
61
0
17

That soccer lady sure is something.

got a lot of words about this shit.

And if you know me I’ve got a lot of words.

If your religion actually advises not getting optimum health care for your OWN children and that in turn endangers other peoples kids?

You did religion wrong.

There will be 3 make up courses on religion but of course that will cut into your family’s holiday plans.

Since apparently none of you knew what I was talking about, here ya go:

We didn’t want to know

Debating whether or not to get up at 2:30 a.m. for the cricket. We shall see.

Mind if I join the party?

Of course I don’t mind; the more the this:

The Dr. Mrs. just cued up a show called “love island” which appears to be the British version of Paradise Hotel. I feel like an absolute fool for every having wondered how Brexit happened.

We need a review of Sex Island

There is absolutely zero shade anywhere at this place. They should call it Melanoma Island.

There’s a girl on here who’s supposedly twenty-six. If true, it is a HARD twenty-six.

I guess some people do like watching NFL games on their iPads.

If any organization would be stupid enough to send a PDF back that could be unredacted, it would be the Bengals/City of Cincinnati.

Hamilton County claimed to the Enquirer that everything had to be redacted because it falls under attorney-client privilege. But as the paper points out, elected officials aren’t allowed to shield their discussions from public view just by copying their attorneys on every single communication, which is what appears to have happened here.

The county’s lawyer in the negotiations insisted to the Enquirer that making public these public documents would “place the county and its taxpayers at a competitive disadvantage.”

And people have the balls to say we live in a democracy. Or a republic. Fuck difference does it make.

Tracy Morgan: I heard you can deadlift 600 lbs

Tracy Morgan: Good, cuz you’re going to have to carry the Giants this year.

Have you folks seen the story about the woman who went to the fertility clinic, gave birth to twins, and they both genetically belong to two other (different) women?

My opinion….she carried them and birthed them.
They belong to her.

I’m of that opinion too. Mainly, though, I think everyone who got involved with the clinic needs to end up very, very rich.

She has the right of first refusal.

The Clinic should give her freebies with her fertilized egg(s).

In Canada, legally, she’s not the mother, but just a vessel, so those kids belong to the woman’s whose egg they’re from.

Either way, this is tragic and a fucking nightmare to the woman who gave birth. Compensate her well and make sure those kids go to where they belong.

No but if you hum a few bars I’ll fake it!

I would involve a serious attorney to sort out the drothers

Are we not talking about the bagel asshole?

LISTEN! PEOPLE IN ST LOUIS DO NOT ACTUALLY SLICE THEIR BAGELS THAT WAY!

Wait, is this something else?

The bagel asshole? I thought that was when Balls wandered into a synagogue by mistake.

You did her lox of times, right?

I gave her a schmear or two.

LOL. I am not saying a thing.

Albert Haynesworth needs a kidney? Let me see if I can find the effort to see if I’m a match.

My Fight Network preview is currently showing some form of MMA from deep inside Russia. All the fighters are either bald or unibrowed hair monsters, and I think the commentary is along the lines of, “We searched deep within the Caucasus Mountains to bring you combatants that are only halfway along the evolutionary timeline…” 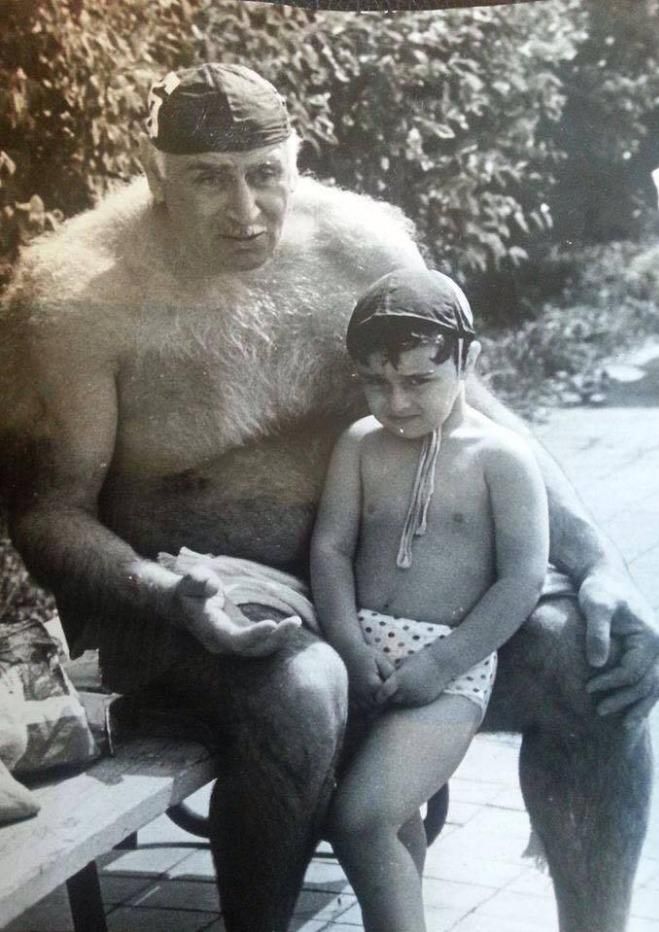 Am I the only one disturbed by this photo?

Bad memories of your encounter with the tickle monster?

Hahaha. NC State is the first to receive a notice of allegations from the NCAA.

At least they got something good out of it though, all those wins and championships…

Yeah, as if any of us didn’t see that coming.
But at least we won….

Just checked and Seymour is now at #86.

It has been pointed out to me that the following looks like a mermaid jacking off two guys. Get you mind out of the gutter! The HJ foundation doesn’t go in for those types of shenanigans.

Yeah – beat it with those jokes.

I do not expect to encounter anything funnier this month.

That’s great hustle all around.

…in what world did someone think it was a good idea to put circles above the H lines?

Would any of you consider coming here and killing me and making it look like a suicide?
I’ll pay your airfare, and will make sure you get away clean.

You had your chance.

Premium Economy? And one, no, TWO drink coupons.

Business class. No drinks other than what’s already in the liquor cabinet at the house.

Never flown in Business. Let’s do this.

FWIW, we got vodka, tequila and bourbon in the cabinet. Might also be a little bit of kahlua and other shitty liqeuers.

Ammo is on the first door to the left.

Aw, I was gonna go sharpened post right up the poop chute until it pierced something vital. Spam The Impaler.

Wasn’t that the plot of Fletch?

I am so looking forward to Picard and Locutie the Space Dog.

Legal disclaimer: This GIF’s opinion does not reflect that of the commenter, who doesn’t consider an ESPY to be an award at all.

Hey, at least Stripes is on BBC America.

But not on BBC Canada, so therefore the point is moot.

Cows do have opinions.