The big news of the day is that today is the day Franchise Tagged players have to sign the multi-year deals they were offered, or they get a one-year deal under the tag.

Players may sign the tender at any point after officially being tagged. Until the tender is inked, the team can rescind the franchise or transition tag. Once the sheet is signed, the player’s salary is guaranteed for that season. If a player does not sign the tender, they remain without a contract, and therefore are not subject to fine schedules for skipping offseason workouts (as we saw with Le’Veon Bell last year). A player who has not signed the tender can also not be traded.

This grittier Dark Flacco has me shook to my core pic.twitter.com/LRbQbOEy3K

It’s back to the grind, people. Training camps open … this week for rookies?! IT’S ALMOST BACK!

Beerguyrob
A Canadian man-child of indeterminate age, he stays young by selling alcohol at sporting events and yelling at the patrons he serves. Their rage nourishes his soul, and their tips pay for his numerous trips to various sporting events.
Please Login to comment
18
29
0
13

Darkest Timeline Joe Flacco looks like a hobo, the kind that kills other hobos.

When a cashier screws up and forgets to charge Darkest Timeline Joe Flacco for something, he quietly laughs to himself and mutters “sucker” before walking away without correcting their mistake.

I met a lady and she’s so fine I’m taking salsa lessons. If all goes well, the Titans better suck.

I’ve never had luck taking lessons from a teacher for a lady.

Better to get her to teach you instead of getting a teacher. She’s the one you’ll be dancing with anyway.

My second step needs work. So I’ll take ANY help.

We all need work on our second step

I made avocado toast for dinner. In my defense, it started as a sandwich.

I feel like 2019 Joe Flacco is ready to take another D2 National Championship.

It’s hot and I just ate an entire thing of Annie’s mac and cheese (used slightly too much milk). How are things, lizard people?

Hey I did that last night. It did not end well for me.

I stopped listening to chapo a while ago but I had to listen to yesterday’s because their safari adventures are usually fun. This better not suck.

Even the cranks are out of ideas.

Oh, God. This is going to be Hell. It’s about a meeting of liberals, who are as bloodless as Al Davis the year before he descended to Hell.

The “NSA stole my penis” line cracked me up.

Yeah, this episode is just depressing. I remember Daily Kos at its apex in 2003. I didn’t go further left. The Dems have gone to the right of Reagan, who was already right of Nixon.

What was more depressing was having people explicitly acknowledging the actual problems but just shrugging when it came to doing something about them.

Okay, the idea of Stav moderating a panel naked (of course) made me stop from throwing my bluetooth speaker out the window.

I tuned out for a bit when they irony poisoned themselves into liking Marianne Williamson who is just another Oprah-created revenue generator.

Me: [bragging] “We have *by far* the best distribution network within our region!”

Multi-National Corporation: “We’ve heard good things about you. We’d like you to submit a detailed proposal outlining how you’d be able to distribute our product within your network. Total sales would be low 8 figures.”

You: “Product comes in, I distribute it. Next question.”

You’re killing me! I had just this sort of experience back in 2010 when a multi-national came crawling back to me after they tried to set up their own distribution in my area and failed badly.

Me: “You’ll be back here in a year asking me to do your job for you.”

/I’m not an arrogant guy, I just know the challenges involved

“Now, let’s talk about how your money, is going to distribute itself into my wallet.” You can have that one for free.

Scotchnaut: “Um, can I have some money now?”

Way better than my final pitch-“Trucks go ‘vroom’, very loud, make ears hurt. I have seashells for pay? Or maybe big blanket to cuddle with?”

He can barely afford a lieutenant counsel.

I’ll be private counsel for $40

“…counsel for money, and any old lawsuit will do” 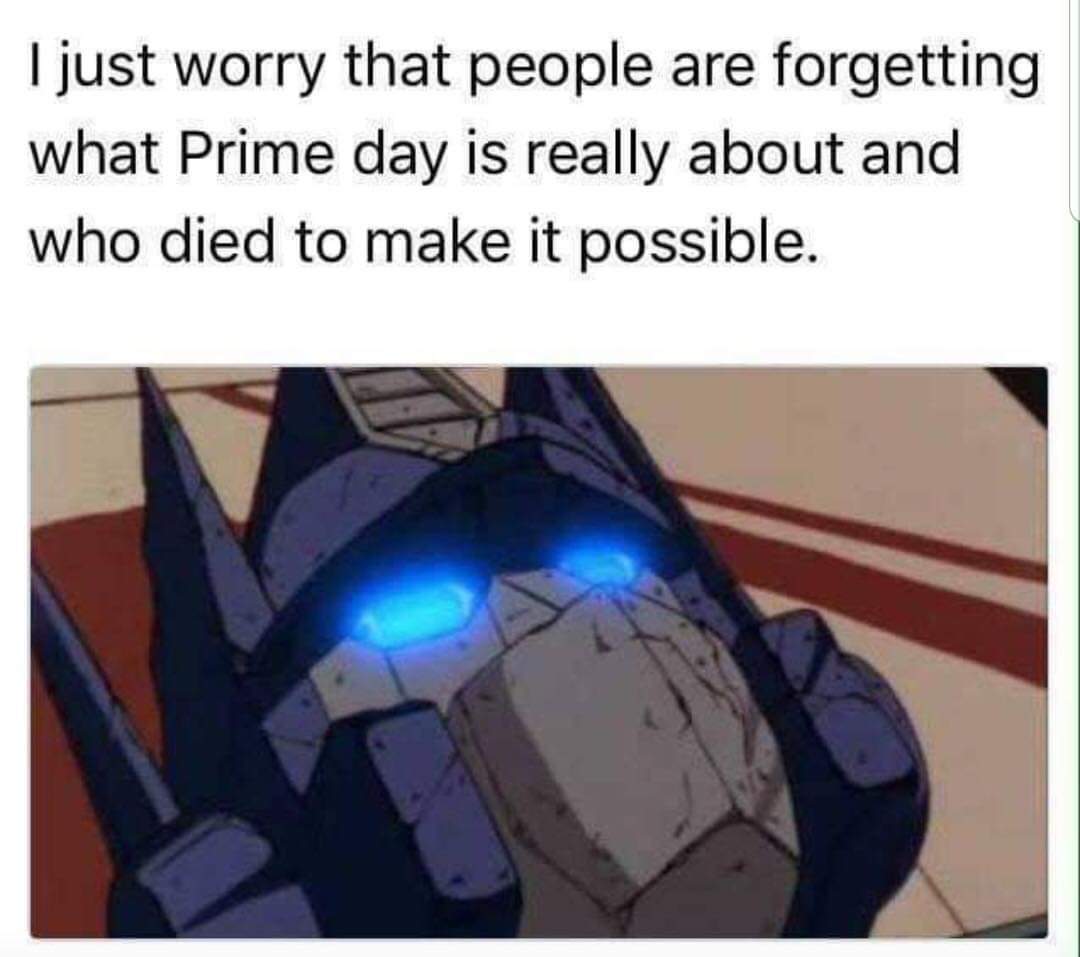 And those idiots that think it should be on the 1st.

Man we’re not that far from having football back, are we?

Arthur Blank is as good as his word.

Unless you ask his first two wives…

“We’ll take ‘infidelity’ for at least half of his total fortune, Alex.”

Meanwhile in the original timeline…
JOE FLACCO: I wonder if a darkest timeline version of me would drink :shudder: chocolate milk

I keep hitting myself trying to kill a fly that’s in my house; it’s getting so bad you’d think Chris Brown was just here.

In the darkest timeline, Jeff Goldblum beats the shit out of Chris Brown.

Darkest Timeline Joe Flacco pours Tapatio in his eyes when he wakes up each morning, just so he can feel something.

Darkest Timeline Joe Flacco pounds a bottle of rubbing alcohol at the bar and then calls you a pussy when you ask him if he’s alright.

[tries to paint The Starry Night, fails] “I hate this darkest timeline!”

At least he doesn’t need sunglasses in the darkest timeline.