Finally home from an incredible week of vacation out East once again, and upon sitting down to write this week’s CFL Beat… I just realized that I forgot to enter my picks into the pool last week. Fuck. Such is the price to pay for absolutely gorgeous weather for ten straight days. Enjoy your marginal lead, you absolute heathens. It ain’t over yet.

Winnipeg 27 vs. Toronto 28: Toronto did a… good? Against the Bombers? That can’t be right. [rubs eyes, wipes glasses] Nope, apparently it’s for real. Despite being down 20-0 with three minutes left in the first half, and down by six with just under two minutes to play in the final frame, the Argos pulled a rabbit out of a hat and completed an incredibly gutsy comeback effort to finally rack up their first win of the 2019 season. McLeod Bethel-Thompson had the best game of his CFL career, going 37-49 for 343 yards and three touchdowns, none of which were more clutch than the pass to SJ Green that tied the game up with just 13 seconds left on the clock. One successful Tyler Crapigna convert kick later, and the Argos went home as winners for the first time this year. The Bombers played decently on offence, but as a whole, the team took their foot off the gas – an inexcusable effort as a team that will need to be remedied if they really want to finally end their Grey Cup drought this season.

Hamilton 19 vs. Saskatchewan 24: The Cody Fajardo Show was on full display at Mosaic Stadium, as the Riders passed the .500 mark with their fourth victory of the 2019 campaign. Saskatchewan’s QB, now permanently handed the reins of the offence after Zach Collaros was traded away to Toronto in the middle of last week, was the key to the Riders’ victory. Fajardo went 25-31 for 313 yards, as well as nine carries for 56 rushing yards, including the game-winning touchdown with just 24 seconds left on the clock. Mexican kicker Gabriel Ferraro also went 3 for 3 for Saskatchewan, who needed a full team effort to defeat the Tiger-Cats. Dane Evans, forced into the starters’ role with Jeremiah Masoli now done for the year with a torn ACL, was mostly kept in check; the former Tulane QB went 19-29 for 196 yards, a TD, and a pick, while also rushing four times for 36 yards as well as snagging a 13-yard catch from receiver Luke Tasker. Hamilton still has a two-game lead on the rest of the East Division, but the gap is now narrowing, and they’ll need to keep winning without Masoli to help them out.

Ottawa 30 vs. Montreal 27 (OT): This was a crazy back-and-forth game that needed extra time to come to a conclusion. The REDBLACKS snapped their four-game losing streak with the OT win, thanks to, most notably, some incredible special teams play from kick returner DeVonte Dedmon. Dedmon set a new franchise record with 377 combined return yards in this contest, including two touchdowns – a 111-yard kickoff return score, as well as a 95-yard punt return. While the first score was impressive enough, with Dedmon showing off some blazing speed, his second was just completely insane, breaking seven tackles and embarrassing the Alouettes coverage team. I don’t often include video updates in the CFL beat, but you really need to watch this second run, because it is absolutely incredible.

DeVonte #Dedmon DOES IT AGAIN! ? #CFLGameday

Lewis Ward kicked a late 30-yard field goal to send the game to OT, before winning it with a 14-yarder, finally putting the REDBLACKS back in the win column.

Edmonton 18 vs. Calgary 24: Both teams started slowly, but the offence gradually built up as the game went on. Trevor Harris and the Eskimos had a quiet first half, with just 78 yards of offence through the first 30 minutes of play, but he picked up the pace in the second half, finishing with a stat line of 29-42 completions on attempts for 373 yards and two touchdowns. The Stamps, meanwhile, rode a strong defence to victory, coupled with just enough offence – a TD from Nick Arbuckle to Eric Rogers plus four field goals from Rene Paredes. Terry Williams also scored a 103-yard kickoff return TD for the Stampeders, setting a new CFL record with 8 kickoff return TDs through 8 weeks of the season. Calgary takes the first half of the season series, but Edmonton will be waiting patiently for the Week 12 rematch in just a few weeks’ time.

Calgary (5-2) vs. Winnipeg (5-2), Thursday, August 8th, 8:30 PM EST: With the Stamps’ win over Edmonton, and with the Bombers’ loss to Hamilton, Calgary takes over the West Division lead, thanks to tiebreakers which are based on strength of schedule, point differentials, whether Mercury is in retrograde, and other such witchcraft. It’s been impressive watching Calgary comes together as a team, especially with star QB Bo Levi Mitchell continuing to recover from his shoulder injury suffered back in Week 3 against the BC Lions. Winnipeg will likely be the toughest test this team has faced all year; with the Bombers seemingly taking Toronto too lightly last week and letting their foot off the gas, don’t expect a repeat performance. With the aggressive Calgary secondary, expect RB Andrew Harris to likely put up a high number of carries if Winnipeg can get some momentum going early.

Saskatchewan (4-3) vs. Montreal (3-3), Friday, August 9th, 7:00 PM EST: Vernon Adams, Jr. left last week’s game with a concussion, so look for Antonio Pipkin to return to the starter’s job for the Alouettes this week. RB William Stanback’s status is also uncertain at this time, but that would be a notable hole in Montreal’s lineup if he’s unavailable. The offensive line play has been so much better compared to last season, but with Charleston Hughes and Micah Johnson as two of the league’s finest pass rushers staring down Pipkin, Saskatchewan will be consistently bringing pressure. They’ve been effective at generating hurries and sacks all year long, with Hughes having already racked up ten sacks in seven games – so the Alouettes will need to be wary.

Ottawa (3-4) vs. Edmonton (4-3), Friday, August 9th, 10:00 PM EST: After finally snapping their losing streak last week, the REDBLACKS enter Edmonton facing off against their old quarterback for the first time this season. Trevor Harris helped take the team to new heights, including two Grey Cup games, and his departure was a real blow to a fanbase that had really embraced him in his three seasons in Ottawa. While Harris has done well in his first games as an Eskimo, the rest of the team remains a work in progress – the defence, while better than years previous, still needs to find some consistency, particularly if they want to hang with Calgary, Winnipeg, and a newly resurgent Saskatchewan. Ottawa got their win last week largely in spite of their offence, which is still dysfunctional as ever, even with Dominique Davis’ return from injury. It’s hard to win if your offence forces your D to play like crazy thanks to never-ending 2-and-outs.

BC (1-6) vs. Hamilton (5-2), Saturday, August 10th, 7:00 PM EST: The Lions do not want to be the worst team in the CFL, especially not after Toronto just won their first game of the season last week. That said, they’ve been pinballing back and forth between ineffective & inconsistent all the way to outright horrific through the first third of this season. Not only is the defence bad, but their offensive line has been reminiscent of Swiss cheese; things aren’t going to change any time soon if the OL isn’t fixed. When Mike Reilly is your quarterback, it can almost, sometimes, be enough to overcome a bad defence, but when even he isn’t being supported, you’re straight out of luck. With BC already sitting three games back of the third- and fourth-place teams in the West, things aren’t going to get any easier. Dane Evans was average, though certainly not terrible in last week’s game against the Roughriders, and a strong performance against a weak LioUns team will hopefully help him grow as a quarterback.

Enjoy the lead, idiots. I’ll get your asses in the end. Maybe not now, but one day.

The Maestro
The Maestro is a mystical Canadian internet user and New England Patriots fan; when the weather is cooperative and the TV signal at his igloo is strong enough, he enjoys watching the NFL, the Ottawa Senators & REDBLACKS, and yelling into the abyss on Twitter. He is somehow allowed to teach music to high school students when he isn't in a blind rage about sports, and is also a known connoisseur of cheap beers across the Great White North.
https://www.doorfliesopen.com/index.php/author/the-maestro/
Please Login to comment
3
4
0
5

0-4, Maestro? What happened; someone break your little stick? 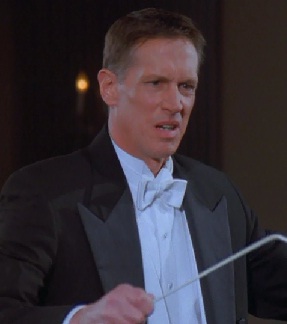 My baton is a very robust eleven inches, I’ll have you know!

Canadian or American inches? And what’s the conversion rate?

He’s using US units, measuring from his lower back, up and under, just like we like it.