INTERIOR, A SHITTY RENTED AUDI HATCHBACK WITH FULL COLLISION COVERAGE, THE A-3, HEADING SOUTH PAST THE FRANKFURT AIRPORT

Balls: So, where exactly are we going?

Balls (exchanging glances with Hippo): Yeah! Frankfurt is great! We can eat hot dogs! Get it?!?

tWBS: Yeah sure. Whatever.

Hippo (nervously): Frankfurt it is!

Balls and Hippo are inside a German supermarket while tWBS sits in the car.

Balls: Dude, what’s wrong with him?

Hippo: I dunno man. I’ve never seen him like this. That shit really affected him!

Balls: Me too. What can we do, though?

Hippo: Is there anything fun to do in Frankfurt?

Balls: It’s very much a business-oriented city. It’s not like Munich or Berlin. Lemme think…

At that moment, Balls sees a flyer on the floor.

Balls: This may just be thing that can smack him out of this state he’s in…

tWBS: Where the hell are we?

Balls: So, in Germany they have these saunas where you can relax. Hippo and I were thinking you might enjoy it and it could… get you back to normal.

tWBS: I AM NORMAL!

Hippo: Sure, man, sure you are! We just thought this could take your mind off of… things.

tWBS: What things? What are you two idiots talking about?

Hippo: Nothing! Let’s just go inside and relax, alright?

As the three enter the club and pay the entrance fee, their eyes are slow to adjust to the darkness. Eventually, the interior of the club reveals itself.

Balls (to tWBS): This looks nice, doesn’t it?

Hippo: Ok, let’s go to the changing room, put our robes on, and see what happens.

The trio take off their clothes in the changing room, put them in the lockers, and put on plushy white robes. They walk past the lunch buffet and head towards the bar. Hippo and tWBS find a seat at a table while Balls goes to the bar.

The bartender serves the drinks.

Bartender: That will be 30 euro.

Bartender: Non-alcoholic drinks are included. Beer and liquor are not.

Balls brings the drinks to the table and hands tWBS the whisky.

tWBS: Thank you. Why am I the only one with a whisky?

Balls: You need it. Here’s to relaxing times

Out of nowhere, a brunette wearing a cutoff t-shirt, high heels, and nothing else shows up and starts talking to the boys.

Sauna Girl: Hello! How are you?

Sauna Girl: Are you ok, sweetie?

tWBS grabs her hand and she leads him towards a hallway that goes towards private bedrooms.

Hippo: Does he realize that this is a sauna slash brothel?

Balls: I think so? I mean, it’s fairly obvious, right?

Hippo: I’d say yes, but given how he is acting, who knows?

Balls: Well, I’m not going to worry about it. He’s in God’s hands now. Or, better yet, in a Romanian hooker’s hands. I’m sure he’ll be fine.

Hippo: I’m going to take advantage of the free buffet and soft drinks.

Balls: I’m going to actually use the sauna portion of the sauna slash brothel! Imagine that.

Balls heads towards the sauna and walks in.

Balls: This is where I parked my car!

Hippo and Balls laugh and take deep swigs out of their water bottles. The place had actually worked out pretty well.

The food in the buffet was decent, the soft drinks free, the sauna and showers were clean and relaxing, and the girls did not bother them as soon as they understood that Hippo and Balls weren’t buying today.

As they sit quietly in their sofa chairs, tWBS walks in. Smiling.

tWBS: Yeah, I’m actually better than I have been in a very long time.

Balls: What happened with that girl?

tWBS: She explained… a lot of things.

tWBS: Things man. It was really good. I think I’ve figured out some things.

tWBS: Well, for one, I think we shouldn’t look for the girls. The closure thing I was holding onto was stupid.

Hippo: That’s good. What else?

tWBS: That I’m looking for love in all the wrong places.

Balls: That’s for damn sure. Wait, wasn’t there a country song with that title? I totally remember that!

Balls: Yeah, great song! So, what else have you learned?

tWBS: A bunch of stuff. But mainly that I need to change my expectations.

Balls: Holy shit! Of all the sauna clubs slash brothels in the world, we got the one with the only girl in the world that could talk some sense into him!

Hippo: Ok, tell us everything…

tWBS: So that’s the story.

tWBS: I told you guys she was nice.

Balls: Nice? That woman is a saint!

Hippo: Did you tip her well?

tWBS: She wouldn’t take my money.

tWBS (with a smile): Seriously.

Balls: Well, now I’ve heard everything! When we get out of here, point her out to me. I want to thank her personally.

tWBS: You’re not going to bang her, are you?

Balls: No, not at all! I’m seriously just going to thank her. She was able to do what the rest of us couldn’t.

tWBS: And what’s that, asshole?

Balls: I think she’s given you peace of mind and got you to see where you’ve made some bad decisions and why.

tWBS: Yeah, I guess she did.

Balls: I guess this is it, boys. It’s been a hell of a ride!

Hippo: Yup. Helluva vacation. I’m glad I left the cave. I actually got to see this fucker FINALLY get fixed! That alone was worth the trip.

Hippo and Balls in unison: Yeah you were!

Hippo: You sure you want to stick around?

Balls: Yeah. I think I’ll stick around for a bit. I’ve got a bit more Europe I’ve got to get out of my system.

The three hug it out. Hippo and tWBS head to the security line while Balls heads downstairs to the rail connection.

tWBS: Thanks for the ride, man! And thanks for coming out.

Hippo: You gonna get back with her?

tWBS: Definitely not! I need to get my stuff out of her house and find my own place. Venice seems like a nice neighborhood to live in…

Balls is walking with a mysterious blonde woman wearing a Venetian face mask and a ball gown. Balls himself is wearing a tuxedo. They are holding hands.

The Blonde and Balls stop and look at each other. They kiss passionately.

The blonde gives Balls a devilish smile. Balls pulls her into a dark nook in the street, unzips his pants, and raises her skirt.

Secret… AAAAGENT BALLS! They’re giving you a number, and not taking away your balls.

Last time I went on one of these I got robbed. I take precautions, so she didn’t get much cash or anything else. The stab wounds were pretty superficial.

one a the great banner pics in the US.

Interesting how tWBS falls for the bagged one and sticks with ‘her’ while Balls, likes variety/ can’t decide. 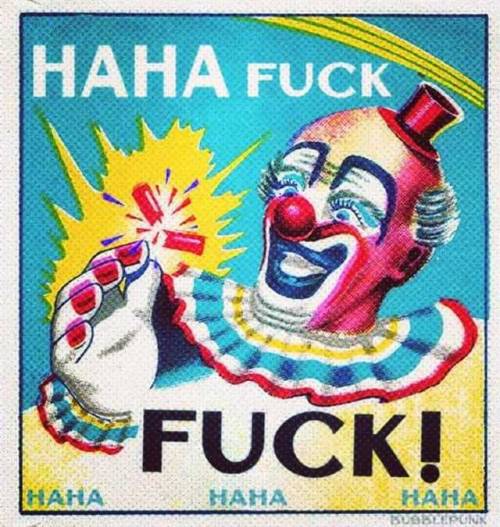 So you aren’t going to tell me about that hotdog? ?