Reader: In order to comply with the bylaws of the Door Flies Open Act of 2015, we are duly sworn to publish annual season previews for each of the NFL’s 32 franchises, without exception. It is thus our obligation to satisfy the requirement and present this preview of the 2019 Jacksonville Jaguars.

The Jacksonville Jaguars enter 2019 at an inflection point in the history of the franchise. The 2017 edition used a suffocating defense and the stunning replacement-level play of quarterback Blake Bortles to win the AFC South and reach the AFC Championship Game, where they lost to the New England Patriots by the narrow width of coach Doug Marrone’s ball sack. The 2017 season was so successful, in fact, that in 2018 the team proudly removed the tarps from the stands at TIAA Bank Field to accommodate more paying customers. However, that optimism was short-lived, as the 2018 Jaguars shit the bed with a 5-11 record and a last-place finish in the AFC South. By the end of the season, the tarp-free upper levels of the stadium were filled not with cheering fans, but rather by roving packs of scavenging, mangy dogs looking for a place to lay down and die in the swampy Florida heat.

So then, the 2019 Jaguars have a question to answer. Was 2018 a mere stumble in the resurgence of a long-suffering franchise? Or was it a predictable return to form after a brief flash of competence? Who can say? Well, we’re going to all the trouble of writing this preview, so why not us?

Any discussion of the Jaguars has to begin with the end of the Blake Bortles era and the signing of Super Bowl MVP and noted Milton Berle impersonator Nick Foles. The Jags signed Foles to a 4-year, $88 million contract to recreate the magic he cast in the 2017 playoffs with the…

JASON MENDOZA: “The Jaguars cut Blake Bortles? That’s the dumbest idea I’ve ever heard, and check it, I hear sooooo many dumb ideas in the Bad Place. And they got NICK FOLES? He was good for two games! Even Donkey Doug was good for two games in that prison rec league. Yo, let me tell you a parabola. When I first got to the Good Place I wasn’t me, I was…well, I was me, but people called me Jianyu and thought I was one of those monk dudes who don’t talk. They respected me! I got away with it for a while, but I’m not a monk. I’m a guy who used to eat candles because they smelled good. The real me had to come out eventually and start throwing Molotov cocktails. Foles is wack. You should listen to me. I came up with hundreds of plans in my life and only one of them got me killed. BORTLES!”

I can’t believe I’m saying this, but Jason has a point. Nick Foles, to quote yet another wise dumbass, is like a box of chocolates. You never know what you’re going to get. But the smart money says you’re eventually going to get coconut.

The rest of the offense surrounding Foles is not as strong as he has had in his best moments. Dede Westbrook is the best receiver and might actually be good. After that, it’s a crapshoot. DJ Chark, Keelan Cole, Marqise Lee and Chris Conley are also men employed by the Jaguars to catch footballs. RB Leonard Fournette has not shown much When Healthy™ and hasn’t often been healthy. The tight end is Geoff Swaim, who was so bad last year with the Cowboys that they dragged the corpse of Jason Witten out of the broadcast booth to do more John Wayne locker room bullshit (a win for Monday Night Football viewers if not for the Cowboys). The offensive line is ranked 21st by Pro Football Focus, and that seems a bit generous. In summary:

The defense returns a number of absolute studs. Calais Campbell, Marcell Dareus, and Yannick Ngakoue are part of a frightening defensive line, and #6 overall pick Josh Allen is poised to make it even scarier. Jalen Ramsey and A.J. Bouye likely form the best starting CB tandem in the NFL. LB Myles Jack roams the middle making game-changing plays that get overturned, because Patriots. Any success the Jaguars have this season will be driven by the defense, and if this team is good, there will be a whole bunch of 17-14 games.

All that said, the defense is also very thin. A key injury or two could derail the whole thing. Primary backups include the well-traveled Datone Jones at defensive tackle and Raiders bust D.J. Hayden at cornerback. Jones has actually played for six teams in the last three years, which seems almost impossible for someone who is not a member of the McCown family.

“…not playable in any capacity.”

“I’m a bit perplexed sometimes when I see these footballers play in a competent fashion.”

“…see who could suck less.”

“The local women want nothing to do with them.”

“…waiting until next year…”

“I have never deserved a vacation more this year.”

“…this will likely be a boring affair.”

“Fuck this team, fuck this owner, and fuck this city.”

Based on their opponents’ cumulative winning percentage in 2018, the Jaguars have the third-toughest schedule in 2019. Granted, that does not accurately represent two games with a now Luck-less Colts squad, but it ain’t good. And neither is this team. The AFC South is perhaps the NFL’s most mediocre and highest-variance division, so I don’t dare predict a division placement. But record? I’ll say 6-10.

Do you like football? Do you like nachos? Well, why don’t you come over and watch the game with Why Eagles Why and we’ll have some nachos, then some beer.

Latest posts by WhyEaglesWhy (see all)

The best part of Bortles no longer playing is that he can become God on the Good Place.

Meanwhile in youth football, Leonard Fournette’s kid wins the conch shell.
https://www.instagram.com/p/B1sAQ-jFk44/?utm_source=ig_embed&utm_campaign=embed_video_watch_again
Hey Leo, given your own injury history, maybe you should be a little more troubled by the sight of your kid absolutely laying the wood to another. You played 8 games in your 2nd year. Oooooh.

We just moved to the burbs with our 13 month old. In my neighborhood parks, I have seen youth teams practicing soccer (a lot), baseball, and a little basketball.

Then, on Saturday, I was driving through a rather sketch part of town (unlike where the Fournettes live as Leonard *checks google* earned millions of dollars more than me last year) where, across the street from the empty library, was a grip of people in a park. As I drove by, I saw that there were like four fields of full-contact youth football games going on. As I waited at a stoplight, I watched a play of a game that looked to be maybe 12-14 year olds where the biggest kid took the ball and just rocked about three defenders. I cringed because I realized part of parenting is going to be that unavoidable day when my son plays youth sports against kids who are straight up harder than him and he is going to just get outmuscled by much more competitive kids who don’t have his soft upbringing.

It’ll be good for him but, just to be safe, maybe I need to cash out that 529 I started and spend that money on liquor.

You might be surprised. My nephew is the nicest kid imaginable and he’s gotten pretty invested in hitting the weights and using his new strength to bully kids on the soccer field. And he’s not and will never be very big.

Not as good (bad) as this one…

This was fucking phenomenal. And please bring back “a selection of phrases” posts! 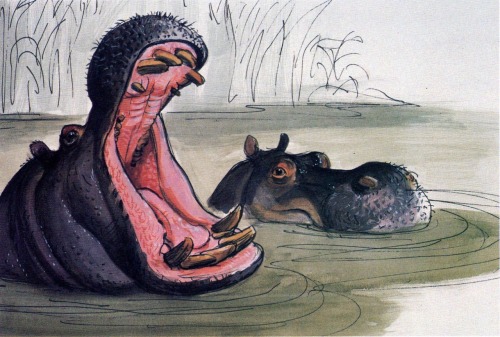 What about the all important “Best Mustache Ride Provider” catagory?

How has Fox News not honed in on Kahn as the one NFL owner who surely must hate America?

The same way they didn’t hone in on the fact that most of the 9-11 terrorists were Saudis.

I had a joke about the owner being more interested in tying chicks to railroad tracks than winning football games but I took it out. Drat!