The PRODUCER is seated at the console, setting things up for the day’s show.  DJ 3000 relaxes nearby.

PRODUCER: [looks up] Oh, actually it’s quite the get.

PRODUCER: Very much so.

RECEPTIONIST: [via intercom] Your guest for today is here.

PRODUCER: Wonderful, wonderful.  Send him in. 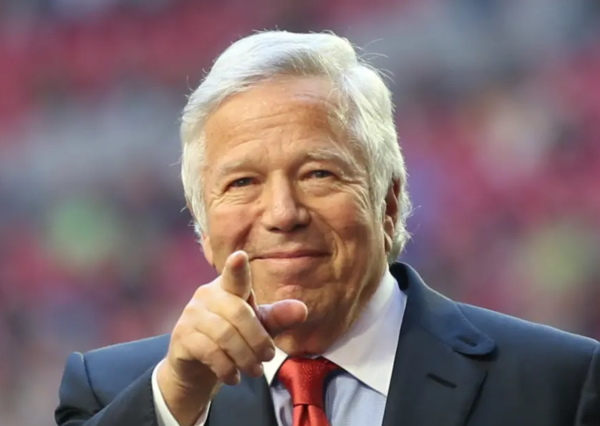 The PRODUCER looks up from the console as he continues to hit buttons and slide controls into position.

PRODUCER: Mr. Kraft, welcome, thank you so much for joining us.  I just have a couple adjustments left to make before…

PRODUCER: Oh, it’s not as complex as it looks, there’s just a few…

KRAFT: No, no, your hands!  The way your they fly around that console.  Such dexterity!  [gets a faraway look in his eyes] Why, with hands like that you, you could…

PRODUCER: [finishes setting things up and stands]  All set!  If you could just head into the booth…

The PRODUCER offers his hand for a handshake, and BOB KRAFT grasps it with both of his own hands and holds it firmly.

KRAFT: My goodness.  They feel even more beautiful than they look!

KRAFT: [still holding] Such smooth skin.  And what a grip!

KRAFT: [still holding] You must do some kind of forearm exercises.

PRODUCER: [looks at DJ 3000 for help, who says nothing but a small red light on his console labeled “laughter” begins flashing silently] Just some occasional tennis.  Listen, why don’t we…

KRAFT: You know, we really could use someone with such…strong hands…working for me.

PRODUCER: No, really, I…

KRAFT: In my organization, I mean.  You see, I make a great many investments, and I often find that my advisers are far to eager to exit our positions prematurely.  They have “weak hands”, as it were.  Now, before we get to the radio show, I do have a bit of a special request.

PRODUCER: Well, we’ll see what we can…

KRAFT: If you could just tickle the ring a little bit?

PRODUCER: [glances down at the Super Bowl LIII ring that KRAFT is sporting, glances back up] 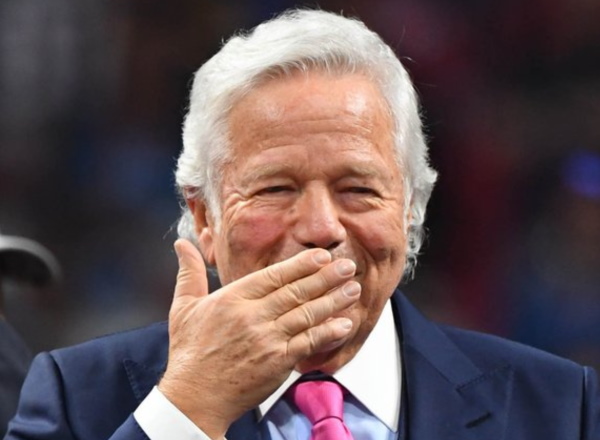 KRAFT: I wasn’t kidding about having a special request, though.  Do you have some gaffer tape?

The PRODUCER opens a drawer in his desk and pulls out a roll.  He hands it to KRAFT, who theatrically stretches out a section with a snap, then turns and places it over the video camera on DJ 3000’s front control panel.

KRAFT: Sorry about that, old sport.  But I’ve learned my lesson, and I would prefer not to have any cameras capturing what’s about to happen in here.  [turns to the PRODUCER] Now.  Are you familiar with the expression “knob turner”…?

Today’s topic is “in good hands”.  We’re looking for songs about hands and the things that hands do, like grabbing things, holding on to things, etc.  I’ll get us started with a DOUBLE SHOT from The Smiths.  This is the last Request Line of the season, so there are no limits today. Have at it!

I’m VERY disappointed that this hasn’t shown up yet:

Supposedly a song about, uh ,hand to self therapy

They were great live, but the recorded vocals…. well they’re an acquired taste
I actually bought their album at a show and rather than admit my disappointment I learned to like it

I like that album. “Details of the War” is a great opener.

I can’t believe this is till on the board. My twin 18-year olds LOVE this band. Yes, it’s more than a little disturbing.

I was gonna say Anybody who posts Alanis Morissette fucking dies but then I saw tWBS done did. Anyway, here is my offering:

Well, since SonOfSpam has become such a fan, this one goes out to him.

“First thing that I’m gonna do is disclose all those UFOs; put Jimi Hendrix on the $20 bill and Bill Hicks on the 5 note.”

Really, every title could be about Bob…

Fun fact: the name of this track is something Bob Kraft has ordered before

You what you can use your hands for…
To:
https://www.youtube.com/watch?v=uIbXvaE39wM

And now for something completely different.

In honor of Marv Albert…

I must bow to you for that one.

As long as you’re down there…

Low Commander of the Super Soldiers
Admin
Reply to  theeWeeBabySeamus

Her hands are small, so she won’t make Kraft feel like less of a man.

Weezer’s was good too…

This might be a stretch, and I’m sure I’ll get “Duded” for this one. But it honestly is one of my favourites.

Now feel free to give me shit SoS…but it’s a good song.

“Handshakes are nothing but a total ‘fuck you!'”

The Darkness lead singer is a wonderful lunatic

Yes, I am old.
https://www.youtube.com/watch?v=eyaa5vv3yQk

Dude, I put up the Left Banke.

So you’re saying we can share a room at the retirement home?

Hobos! Life on the road!

Uninteresting fact: I once purchased The Left Banke’s greatest hits.

That may have been the name of the collection.

Low Commander of the Super Soldiers
Admin
Reply to  SonOfSpam

I certainly encourage you to.

Although this was an easy setup for a DOUBLE SHOT and I’m especially disappointed in Seamus for not queuing it up.

Porky Prime
Reply to  Low Commander of the Super Soldiers

Bob Kraft never said this. Ever.

I meant THIS ONE.

Truly this is one of the most cringe-worthy songs of all time.

I can’t disagree. But running Conway Twitty joke on Family Guy always cracks me up.

I actually like “Hello Darlin.”. Out of the 12,000 country/Western songs written from the perspective of a guy running into his old girlfriend and having a sad one-sided conversation, it may be the best.

Make it a triple

I feel ill for posting a song of theirs, but time for a double shot. No Stevie, not a double shot of that powder over there.

The Producer has too much Kraft on his hands

Thanks. I don’t normally flog my own jokes but that one had me chuckling while I was writing it. It would probably make for a delightful gif, if I knew how to make them.