We’ve got four teams who have punched their ticket to the CFL playoffs thus far! The Alouettes appear to be an inevitability at this juncture, but they’ll still need to win one more game in order to confirm this as a certainty. Considering that Montreal fans have been waiting since 2014 for a return to the post-season, it seems probable they can wait for one week longer. The sixth and final playoff spot should, feasibly, go to Edmonton (as the crossover team; i.e. the fourth-place West team has more wins than the third-place East team and thus jumps them in position for the last playoff spot), but with the Eskimos’ inconsistent play as of late, coupled with BC’s refusal to go quietly into the night, things won’t be settled until they’re settled, it seems.

Hamilton 33 vs. Winnipeg 13: Dane Evans threw for 359 yards on 25-32 attempts and racked up three touchdowns as the Tiger-Cats handed the Blue Bombers their first home loss of the season. Winnipeg’s offence was quiet through much of the game; save for a touchdown pass from Chris Streveler in the opening frame, the Bombers didn’t muster much in the way of points in this one. Besides a strong offensive outing from Hamilton, the Ti-Cat defence also came to play; LB Simoni Lawrence set a new CFL record with 17 tackles in a single game. Winnipeg has still clinched a playoff spot, but the standings in the West are all of a sudden looking much different this week, with the Bombers suddenly having lost two in a row…

Edmonton 21 vs. Ottawa 16: A late touchdown pass put the Eskimos over the top, as the REDBLACKS lost their seventh consecutive game. Once again, there was little in the way of continuity on offence for this woeful Ottawa squad; Edmonton snapped a four-game losing streak thanks to the mediocrity of their opponent in this one. Even with backup Logan Kilgore at the helm, the Eskimos managed to produce enough to help themselves to the road win; Kilgore finished this game at 19-28 and 228 yards, but his lone touchdown – a 17-yard fourth quarter strike to WR Tevaun Smith proved to be the difference-maker in the contest. Ottawa still has absolutely no idea what they’re doing at the QB position; in splitting duties, Jonathon Jennings was the more accurate QB, finishing with an 87.5% completion rate… though he only threw eight passes, completing seven, and didn’t put any points on the board. Dominique Davis had 215 yards on 15-23 attempts, but also didn’t throw a pass TD, though he did rush for a major in the fourth quarter as well.

Saskatchewan 41 vs. Toronto 16: The Argos got smoked again by the Roughriders, who are emerging as the favourites in the West after Winnipeg’s late-season swoon. With the victory, the Riders clinched a playoff berth; their focus now turns to winning the division before going on a deep playoff run. QB Cody Fajardo has cemented himself as an all-starter-calibre player in the CFL this season; he finished 23-27 for 278 yards and three touchdowns, while also adding 11 carries for 80 yards and a rushing score as well. With James Franklin back under centre for a second straight game, the Argonauts continued to have offensive problems; say what you will for McLeod Bethel-Thompson being large and immobile, but the guy has put up both yards and touchdowns so far this year. Franklin was picked off twice in this game, going against only a single passing score to WR S.J. Green. Finally, Saskatchewan DE Charleston Hughes racked up two more sacks in this contest, bringing his league-leading total to 15 on the season.

Montreal 25 vs. BC 27: In a somewhat surprising turn of events, the LioUns stay alive in the playoff hunt for another week, while the Alouettes will be forced to wait at least another week before they can clinch their first berth since 2014. BC is definitely on the outside looking in at this juncture, but the win is sorely needed – if the Eskimos continue to falter, and if the Lions can continue to maintain this level of play moving forward, there’s a chance. Not a great one, but a chance all the same. Montreal was clearly missing Vernon Adams, Jr. at quarterback in this game – with their star signal-caller suspended for the game due in part to his conduct in Week 15’s game against the Blue Bombers, Matthew Shiltz got the start. The Als’ backup didn’t have as much luck in moving the ball as their starter did in weeks previous; he finished 10-19 for 177 yards, a TD, a pick, and a rushing score as well. Fortunately for Montreal, RB William Stanback had a big night, racking up 147 yards rushing on 14 carries. All the same, the Als still almost managed the comeback; down two with just over a minute left, and going for it on third down at the BC goal line, short-yardage QB Antonio Pipkin fumbled the ball, killing the Als’ scoring chances, and allowing the Lions to run out the clock.

Edmonton (7-7) vs. Hamilton (11-3), Friday, October 4th, 7:00 PM EST: The Eskimos need a win in order to clinch a playoff spot, while the Ti-Cats want to clinch the division sooner rather than later. Edmonton hopes to have Trevor Harris back soon; even with Logan Kilgore leading the Green & Gold to victory over the REDBLACKS, they’ll need much, much more on offence if they hope to beat the inevitable East champs and clinch a crossover berth. Dane Evans has come into his own as a quarterback over the last few weeks; in his time since taking over as starter since Jeremiah Masoli was lost to injury, Evans has made some notable steps forward as a player – and it couldn’t have happened at a more opportune time. The Tiger-Cats have otherwise all the pieces of a Grey Cup contender, a dangerous, balanced offence, an aggressive front seven on D, and a secondary that knows just how to pick the right spots. If they can keep up this level of quarterbacking, I like their chances against any of the top teams in the West this year.

Calgary (9-4) vs. Montreal (7-6), Saturday, October 5th, 4:00 PM EST: After the crazy double overtime game from a few weeks ago, Calgary is out for revenge against Montreal. The Als will have Vernon Adams, Jr. back in the lineup this week; he’ll absolutely be needed, considering how essential he was in the gunslinging battle against Bo Levi Mitchell and the Stamps. Calgary had their hands full on defence due to Adams being as true of a dual-threat QB as you’ll find anywhere in the league; Montreal also had their hands full due to their secondary getting picked apart methodically by Calgary. Hard to pick a clear favourite for this one considering the results of a few weeks ago; I’m going with Calgary here, but above all else, I just hope we have a game that matches the entertainment value of these two teams’ previous matchup.

Winnipeg (9-5) vs. Saskatchewan (9-4), Saturday, October 5th, 7:00 PM EST: After splitting results in the Labour Day Classic and Banjo Bowl, this game serves as the rubber match between the league’s fiercest rivals. With Matt Nichols now guaranteed to be done for the year after shoulder surgery, the Bombers need to adjust to the reality of knowing they won’t have their star quarterback returning for the stretch drive. The Blue Bombers remain a dangerous threat, but they lack the consistency that they had with Nichols under centre earlier in the season, and ultimately, I think it’s that consistency, or lack thereof, that may cause them trouble against the Roughriders. If Saskatchewan can get a ground game going, that’ll help to take some of the heat off of receivers dealing with tight coverage from Winnipeg’s ballhawking secondary; at times, it’s been very good, but at others, has been slightly lacking. If it looks like last week – well, that would be pretty darn good indeed.

Toronto (2-11) vs. BC (4-10), Saturday, October 5th, 10:00 PM EST: All of a sudden, the LioUns are now out of the league basement, leaving two of the three Ontario teams as cannon fodder along the way. The Argos have regressed in recent weeks; they looked great in their win against the REDBLACKS, but after returning to James Franklin at QB in place of McLeod Bethel-Thompson, the offence has gone back to sputtering. If you don’t think that Bethel-Thompson is the answer, and if Franklin hasn’t been performing up to par, maybe it’s time to take a look to see at what Zach Collaros has left in the tank? Maybe there’s a reason I’m not a GM, but I feel like considering the waste of a season that Toronto is having, a little more personnel evaluation may not be a bad thing. The LioUns of course hope to win this game, but are also hoping just as much for an Eskimos loss to Hamilton as well, if they want their slim playoff hopes to remain alive a little bit longer.

Congrats to Litre_Cola, our only perfect picker this week. We’ve all got some work to do, apparently.

The Maestro
The Maestro is a mystical Canadian internet user and New England Patriots fan; when the weather is cooperative and the TV signal at his igloo is strong enough, he enjoys watching the NFL, the Ottawa Senators & REDBLACKS, and yelling into the abyss on Twitter. He is somehow allowed to teach music to high school students when he isn't in a blind rage about sports, and is also a known connoisseur of cheap beers across the Great White North.
https://www.doorfliesopen.com/index.php/author/the-maestro/
Please Login to comment
2
0
0
2

Pipkin’s goal line fumble keeps the narrative alive that Montreal can’t win in BC. Two victories on the west coast since 2000. Maybe Pippy was pipped off about being pipped by Schiltz? 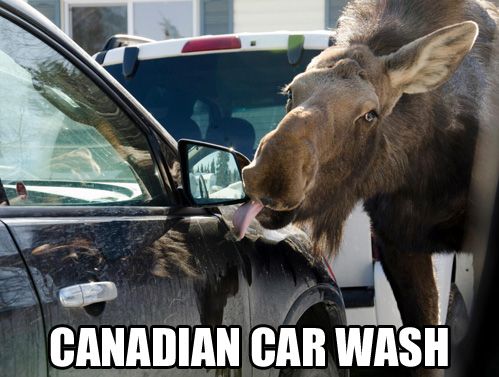