The best one can really ever expect out of this piece of shit life is a mixed bag.  Thusly, I found out (having to run an annoying parenting errand) that I could NOT get the satellite broadcast of my Donks continuing to shitcan King Laserface, but instead was stuck listening to Most Glorious el beisbol Cardinals shit the bed thoroughly.  Maybe the non-playoff bound Donks needed the win LESS, but 0-5 would have been humiliating – and I am very glad we avoided such fate.  Also, major props for the locals turning Carson’s lesser Lesser Footy ground an amazing shade of mango and navy.  Y’all got Romo to make fun of Clippers du Merde’s nomadic, fanless status.  This is good, and right.

There was only one other late game (a shitburger), of which I saw nary of the second half.  Seems like DAK DAK DAK DAK!! racked up the garbage fantasy points, but early turnovers dug way too deep a Non-Gendered Cowpersons hole.  34-24 Packers, and the NFC power structure is even more fuckety than it was entering yesterday.

So…an unforgivable 10/2 split, with neither late fixture much account (for the neutral, anyway).  Unlike, thankfully, next week – we didn’t even get the London game in the morning!  Next weekend is the international break, so Black Panthers/Team MRSA will fill a real void.  Anyway, the first edition of Tottenham Hot NFL surprisingly went to the Raiders, despite blowing a 17-nil halftime advantage (before Q3 even expired).  Chase Daniel turned back into a pumpkin, and the Bearistocrats! somehow forgot to pack their run defense.  Right pity, that.  Again, the NFC really makes no sense.  Watch the Tomsulas lose on Monday night, too.

Congratulations to the Qardinals and Kyler Murray, for earning their first win, mostly via fucking Ted up and down the pitch with QB scrambles.  Kid will eventually die, but not in Southwestern Ohio.  Beatie Mixon had 60 yards rushing on the opening drive, and barely touched the ball afterwards.  Yeah, that’s the Bungles we all know and feel no emotions toward.

Despite getting the first 7 points, and being down only 9-7 perilously close to halftime…the Redacteds lost and failed to cover.  Fatty Gruden started, and stuck with, Colt McCoy at QB.  Yeah, that’s exactly what you should do with a roster that’s going absolutely nowhere in 2019-20.  The P*ts’ drive to 19-0 continues unabated.  I’m telling y’all, it WILL happen.  At least their D/ST is carrying my non-money league fantasy squadron.

N’Awlins avoided the banana skin after their big SNF win, beating Team MRSA 31-24 (late garbage time making it seem competitive, which it was assuredly NOT).  So very many of these games were so forgettable, it made me wonder (again) if I have Alzheimers.

There has maybe NEVAR been a more Titan-ish game than yesterday’s fingernails-on-chalkboard home loss to Buffalo.  14-7, with Mariota losing a TD due to crossing the line of scrimmage, followed by the day’s 2nd missed (this one a chippie) FG.  Then, with under 6 minutes to play, the coaches inexpliacbly tried a 54-yarder on 4th and FUCKING FOUR.  Predictably, they missed quite badly, and never whispered another threat to the Bills’ lead.  Those schmucks are seriously 4-1, and probably making the playoffs.

Captain Dingleberry finally found a secondary that’s his speed, in the swamps of Joisey.  Bloom might be off that Daniel Jones rose, too.  28-10, but the 28 got that way in very interesting fashion (including a safety).  Los Gigantes have pretty much no healthy tailbacks left, and have a short week heading into Foxboro.  Good fucking luck with that.

Luke Falk took the Jest into Philly, and it was about what you’d expect.  31-6, because the Iggles didn’t need any more than that.  Mono has completely derailed Gang Green’s season (author thinks of how to spin this into The Simpsons’ monorail song, and fails).

Lamar! played like absolute ass, but Balmer still won in Yinzburgh, 26-23.  Thanks primarily to (i) killing Mason Rudolph with a sandwich hit he will never, ever remember; and (ii) Juju’s boo-boo in overtime, fumbling to set up the winning FG.  At 1-4 and with no plausible QB options, PIT is pretty much done and buried.

Black Panthers won their 3rd straight, in entertaining 34-27 fashion over the Jaguras.  Minshew went nuts, except when he was committing crippling turnovers.  Christian McCaffery also went nuts, except when he was cramping (then his completely unknown, Maytag repairman backup went nuts).  Thanks to BLEERGH (from whom all blessings flow), Minshew got to try THREE differnt Hail Mary plays at the very end.  None worked.

53-32 is a fun score, unless you are Matty Ice or a Falcons fan.  Just kidding, there are no Falcons fans.  Will Fuller went insane, with 3 scores and 200+ yards.  Dan Quinn is absolutely, 100% getting fired.  It’s just a race with Fatty Gruden and Princeton Red to get the pink slip first.

Is that it, other than SNF?  I suppose it is.  Jacoby and the Fat Humps really pushed Kansas City to the brink, then when Mahomes’ left guard stepped on his already taped-up ankle?  PAST IT.  Getting into Q4 with a lead and WAY under the o/u number…don’t be surprised if other head coaches pick up on Reich’s blueprint.  Control.  The line of scrimmage.  Then, you have the advantage against a worn-down defense.  Absolute master class of game planning.

[…] I went to see Joker this weekend with Papa Commander, as he needed to get out of the house for a good while. Before taking our seats, we visited an excellent Ale House where we split a flight and watched the first half of the Packers-Cowboys game. It’s the only NFL football I’ve seen since week 1 and while not much of a game, I was more than delighted to see not a single TV in the entire establishment showing the Heretics. […]

Tits are like a carton of fresh eggs that you open to find three roaches* and end up throwing the whole thing away. Pft. On the other hand, I should get the Nobel prize for Foresight after cutting meself off alkyhol at halftime.

Why does my cell tell me I’m suddenly roaming when I haven’t moved? I’ve driven cross-country and up and down the east coast multiple times. It never told me I was roaming. I didn’t even know roaming was still a thing.

This is pissing me off.

I was in Victoria BC and my phone kept going to the tower in Washington (nawt cheap). Had to call the phone company, who were really good about it shockingly.

you can turn roaming off….

Not if your name is Jim Tomsula.

A very large part of me wants to skip today’s #BFIB appendectomy, but they won the NL Central and kept the Bastard Man Small Bears out completely. They deserve a positive virtual sendoff from me.

I’ll be watching Yankees-Astros and I’ve got a pretty good idea I’m not gonna be happy about the results.

Maybe my Hippo-ese was sludgier than usual. I am indeed watching, just resigned to fate.

The Astros are a goddamned machine.

The Rays are not going quietly into that good night, I’ll give them that.

But it means it fucks with the Verlander schedule so baby steps!

“Guess not…” -Bystander on the sidewalk a few seconds later

James Brown: The Broncos get their first win versus [the rest was unintelligible due to maniacal laughter]

Thanks for Hippo Thoughts, I was busy camping in the mountains this weekend and missed all the games. Now I don’t have to go and watch any I recorded!

’twas well and truly a good week to skip

I thought it was a magnificent week of teh football!!

The Shining is on IFC. Who’s got thumbs and won’t get shit done today?

I need to start watching IFC more I think.

Courtesy of a non-DFO degenerate:

Alex Smith was injured the game of the blessing ceremony. He went on to have multiple surgeries due to infection from the first surgery. Amputation was even on the table at one point. He is just now able to walk with out crutches.

(author thinks of how to spin this into The Simpsons’ monorail song, and fails)

In true Cardinals fashion, after securing their [should be] only win of the season for their dead ass owner, the post-game call in show had technical issues and could not take calls.

Michael was probably calling on multiple lines asking if they had Sir Walter Raleigh in a Can.

Sharon Van Etten has a tiny desk concert up. If memory serves right, someone else on here is a fan

“Do I get any royalties from…oh, desk, nevermind then.”
-B. Favre

You know Atlanta coach Dan Quinn is toast because he gave up 53 points to Bill O’Brien.

Bill Callahan named Redacteds interim Head Coach: what embarrassing footage does Snyder have on him ready to release 6 days before shitcanning him?

EDIT: Other than Raiders gametape 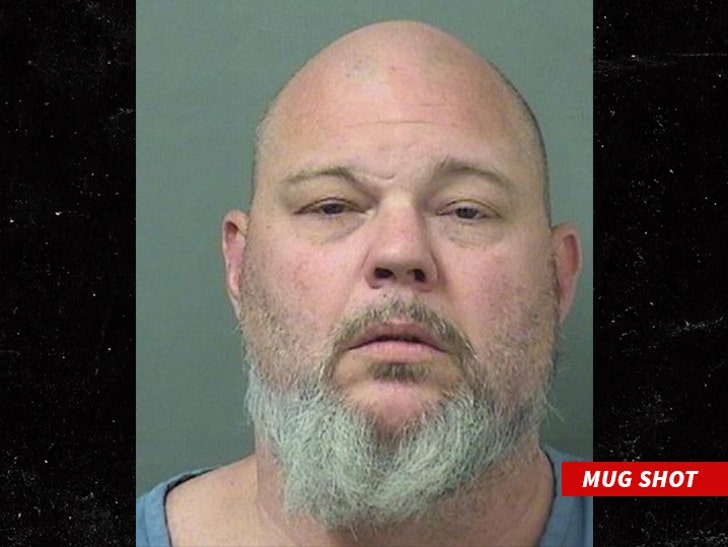 Dad? Is that you again?

Those schmucks are seriously 4-1, and probably making the playoffs. 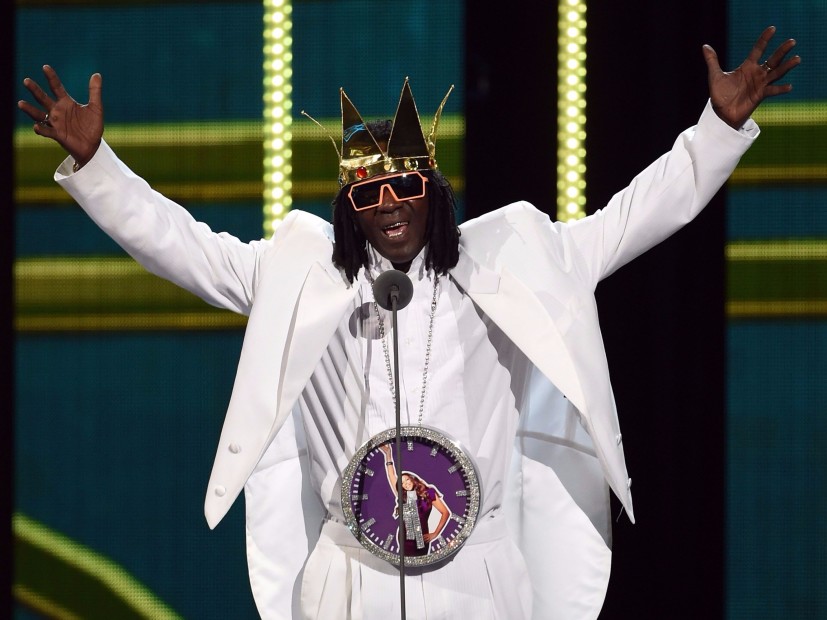 EDIT: seriously though, how is there no Bills Mafia photoshop of Flavor Flav? Like, aside from the racism thing?

It would seem that the Chiefs’ decision to jettison Kareem Hunt MAY have been a bit rash.

One thing I’ve always wondered is why they don’t keep a simple wheelchair on the sidelines for these sorts of situations.

But he could do wheelies in the wheelchair!!!!! That’s fun for the whole family.

Then again he might fall backwards and worsen the concussion.
I didn’t think that one through.

CORRECTION: they could make it work with the right wheelchair.

Can we get a special shout out to Mike Evans putting up a big fat zero for fantasy points this week.

On a day when my fantasy opponent basically doubled up on me, I guess I can’t complain that he took the week off.

i still need the team name to screen name here look up. No clue who most are

Theres a rumor out that Dirk Koetter is intentionally torpedoing the falcons so he can take over as HC. It makes sense, since there is no other explanation for their playcalling and slowdown when trailing yesterday

best line of the article:
No coach has finished with a winning record under Snyder, who bought the team shortly before the 1999 season.

THIS GRUDEN FIRING I CALL IT THE GHOST DANCE, BECAUSE IT’S A LAST DITCH EFFORT TO AVOID ANNIHILATION AND IT’S NOT GONNA WORK!!!

At 5am on Monday.

Guess Snyder had to sleep on it.