-Of any year, this is the one where the Pats needed the bye the most. They are starting to look old-ish in my opinion. They really are a 10-6 club that was gifted some wins way back in the fall.

-Everyone’s mother is saying that them Tits are built to win this game and I can’t disagree. Belichick is going to have to try to take rb Henry out of this game (says a silent prayer for the continued health of his hammy) and I don’t think he’ll be able to do it. I mean, he’ll probably end up with a stat line of 28 carries for 105 yards and that will be enough to carry the team to the win. He’s a battering ram and if he can get to the 2nd level he’s murder. Speaking of, he should get at least 3 passes this game because he does have a tendency to break a long one on the rare times he’s involved in the passing game.

-The Pats playmaker-less, running back passing game O (where have you gone, Sanu?) is going to be their undoing and it’s just a matter of time. Brady’s throws are still crisp 10 yards and in but any longer than that and things start to get wonky. That’s why he’s had just the one 300+ game in his last ten and why I think the D needs to score a six spot in order for New England to get it done.

-The weather (light rain throughout the game) might just make this tilt a boring mess but we’ll still watch.

I just had an intriguing thought: Kraft loves Brady and keeps him for another year. Belichick says Fuck You and takes the Cowboys job. McDaniels becomes coach of the Pats.

Speaking of football and handjobs

I never realized that ligers were a real thing. I assume everyone who takes photos like this end up eaten.

They don’t, but they should.

It’s fat as shit too. I feel like it’s ill-advised to train a monster predator to be used to copious amounts of food. “Shit. Money’s gonna be a little tight this month. Better barricade the bedroom door.”

NJPW World crashes during Liger’s farewell at the end of the match. The internet was a mistake. 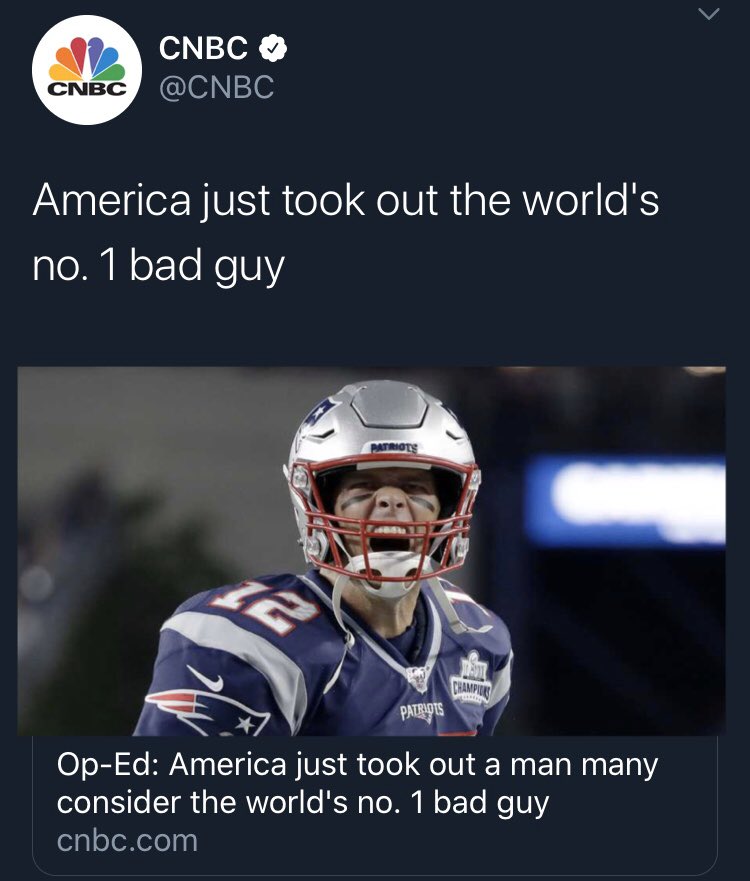 Alters are laid out.

Blood was not shed but the tissue wasn’t soft. 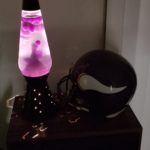 The Right household should probably hide the knives.

All bets are off.

Team Dingleberry for at least one day

The NFL is so stupid.

Hire Vietnamese. They have a better work ethic and respond to orders.

and make a hell of a spring roll

“But their right arms give out pretty easily. Trust me.”

Back in 1997, WCW had a working agreement with New Japan, and was going to send over Chris Jericho as he was rising to stardom to work a program with Jyushin Thunder Liger. The idea was for him to be an evil version called Super Liger. Jericho wrote in his book that he was shocked at how hard it was for him to see in the mask and move in the suit, and in the debut of Super Liger, he fucked up horribly throughout in front of 50,000+ fans and was laughed out of the arena. New Japan immediately cancelled the Liger vs. Liger angle and had him work as himself until he went back to the States.

Relevant because Chris Jericho is also working at Wrestle Kingdom tonight. In wrestling, you either get found dead in a motel at 35, or you work until you’re 70. Those are the rules.

OMG, we’re only a month away from a brand new season of Sunday Gravy!!!!!

Dude, I got some shit lined up!

Um, no offense, but GROSS!

My main takeaway from the news in Australia is that more people should feel empowered to tell feckless, incompetent, corrupt pieces of shit politicians to get fucked sideways to their faces and preferably on TV.

As we all should.

Love this album and song, just sad that both my dogs at this time are getting old and groggy.

I still haven’t bought a pet since Maggie died.

Not sure I could handle it again.

Oh but I did see Boingo three times live back in the 80’s.

Saw them twice in Austin and once in Houston. I reckon both of those locales were a little bit out of their comfort zone, but the shows were awesome.

The last time we saw them In San Diego, they ran out of songs.

Will my grandchildren use these as milestones?

Somebody should have stopped and got a shitload of milestones.

In what will hopefully be the last two games of his P*ts career, Tom Brady lost at home. To Ryans Fitzpatrick and Tannehill.

He’ll be back next year. My guess is that Bill will want to be rid of him but that Kraft, addled by age, nostalgia, and one too many hand jobs from an underpaid Asian immigrant, will refuse to let Brady leave under these circumstances and will instead saddle the Patriots with 2 years and $50 million of a QB who is aging like the portrait of Dorian Gray.

I can’t risk it, the ending is too perfect. And Laserface at Gillette would be hilarious in its own right.

Not “one too many handjobs,” but one too few.

It’s like that episode of The Simpsons; 64 Kraft Singles makes you blind.

No. His punishment must be more severe.

HOW THE FUCK YA DOING, BOYS

Just got back from a party at my brother’s and wanted to say, with no shame at all, that Don T has the greatest tits I’ve ever seen.

HAPPY PATRIOTS SCHADENFREUDE DAY!!! GOD BLESS US, EVERY ONE!!!!

Who put tiny Tim in a locker?! HOW CRUEL!

Hold on, I think I have a spare snorkel around here somewhere…

Who is more tumescent tonight, us or Jimmy Garappolo?

This is a special kind of Pats Schadenfreude so i’m really basking in it.

Me too. It feels like the end of a horrible nightmare.

It’s like winter sun. Soaking it in to get all the vitamin d(estruction) I can

“I also get as much Vitamin D as I can”

That Aaron Richman, man, he pulls all the ass.

People are saying Brady isn’t done yet. Did they not see the game? Or are they just counting on him having a massive ego and not leaving? Cuz I’m thinking Bellichick is seeing the handwriting on the wall and buying retirement property in Florida where he can find plenty of MILFs.

He’ll be back. I’d bet your last dollar on it.

On the Patriots? I dunno…

Yeah, as shitty as he was, he was better than Rivers. Their receiving corps is Edelman and…Sanu? He’ll go at least one more year there. Not like they have a Garoppolo or anything waiting.

This year feels like Eli last year. Can’t wait until the Pats draft a replacement and he starts Week 10 next year.

This shit works better than Viagra!

(Does that work? Asking for a friend who is 50 and fat)

Ve vill take him!
—Vladimir Putin and the R***ians.

I’m seeing this from some of my Pats fan acquaintances. Dude, stop it. The fucking party had a good run but it is now over!!

Patriots played the Dolphins, Jets, [*Redacteds], and Giants, got crowned the best defense ever, and then lost in the Wild Card round pic.twitter.com/ECFxmSUg6j 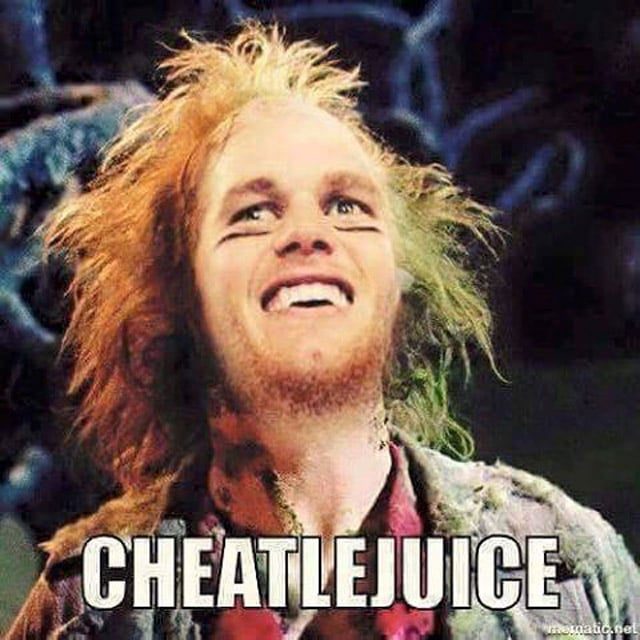 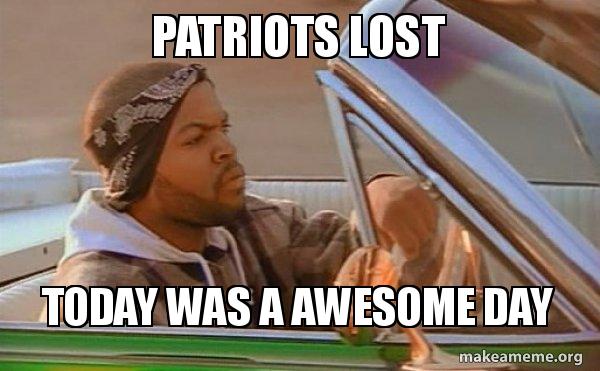 Fortunately, without the spanking you won’t get banned for this.

“That educational; for the children.”

Had to spank a little to get there tho.