Hi again. It’s my first day back in a few weeks. Oh sure – I’ve peeked in once in a while, just to see how everyone’s doing. I’m getting better, thanks. I’d known the guy over 27 years, so it cut pretty deep. Not quite up to full-speed yet, but improving. No one’s concerned anymore about my drinking, so that’s a positive step at least.

It turns out that when people see you liberally drinking from the bottle it’s considered a “sign”. But the movies make it look so cool!

Anyway, it was a nice service. Attendance exceeded expectations, and family drama was blissfully avoided. So, life started getting back to normal on Monday. We all know my dogs were a solace for me during these trying times, so let’s see how Westminster turned out. Surely, they picked a cool do–

They had a perfectly good Golden Retriever right there.

Look – he even carried his Best of Group ribbon! And I’m not alone in my rage – apparently #DanielWasRobbed was a leading trend on the Twitters Tuesday night.

We all know the real MVP was Daniel 🐕🏆 #DanielWasRobbedhttps://t.co/WqaCxMuXyV

What kind of inbred, self- centred piece of sh–

Beerguyrob
A Canadian man-child of indeterminate age, he stays young by selling alcohol at sporting events and yelling at the patrons he serves. Their rage nourishes his soul, and their tips pay for his numerous trips to various sporting events.
Subscribe
Please login to comment
67 Comments
Inline Feedbacks
View all comments

I found a bunch of random World Series DVDs at Goodwill…the box sets with the full broadcasts…for $3. I looked on eBay and some are fetching a solid return, but I also kinda wanna watch them.

Also, finally found a flaw in the new GF: Gotta sit thru Nickelback in September. Which I will. With a big pussy-eating grin.

You got it backwards. Sit through Nickelback with a big I-just-got-my-cock-sucked grin.

I’m not going to say Nickelback will be the worst band I’ve ever seen live, and that list also includes Bon Jovi. I roamed Hollywood a lot in the early 90s. The horror…the horror…

Aside: First Reformed is incredible

Thanks for the Rec; it’s been on my watch list since forever

There’s a line in Collateral that really annoys me. Jada Pinkett-Smith says “I represent the Department of Justice and….” That’s not who she represents. I’ve seen the captions. She represents The People of the United States of America, and when you are on the other side of that caption it must be just a tiny bit daunting like you just fucked with the Roman Empire during Pax Romana.

I was rooting for Tom Cruise to kill her.

Hope Trump can bring this guy out of retirement/back from cryogenic storage to announce the election results in November. At least both eyes can loOk in the same direction.

His ass is probably less hairy than Sarah’s, too, when doggy styling.

I have to admit that I am impressed at how MLB has managed to come off even more incompetent and corrupt than the fucking Shield.

Gary Bettman is no glorious leader either.

He IS a regional disgrace 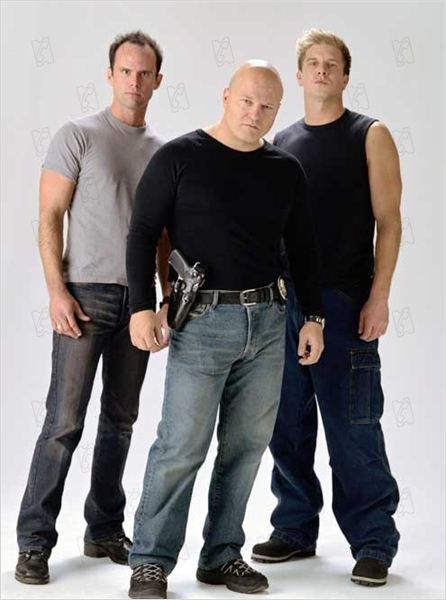 Watching the Futurama where Nixon gets Bender’s body and runs for Earth President. God — I sure hope we can get back to a time where elections are not a matter of fascists vs civilized America.

Guess it all depends upon how you define “civilized.”
—Strom Thurmond and the Dixiecrats

Shit. Forgot about those assholes.

Weren’t those elections the kind that rich white landholders owning at least 200 slaves were the only people eligible to vote? Kinda like the way we are headed now?

I keep thinking, “there’s more of us than there are of them, why the fuck are they in charge?” Then I remember the cheating, gerrymandering, Russian fuckery, and voter disenfranchisement, and think, “oh yeah, that’s right.”

You should be thinking South Africa and apartheid.

Kinda like the Sunnis and Shi’ites in pre-invasion Iraq, too, I reckon.
The world is such a fucked up place, and it can all be blamed on human beings….

Apathy. Apathy is the poison for Democracy.

Absolutely. BTW, didja check out American Idol the other night?

The woman who just moved in a few houses down is a dead ringer for Olivia Munn. She said her name is “Malik” but am hoping that she was lying and someday her boyfriend “Nicholas” shows up and tosses a football around with me.

You realize she broke up with Aaron, right?

So you’re saying that she’s single…

I’ve bragged on this before here, but anything in the header pic having to do with Heads triggers me. Maybe I should just type it up in a word doc and cut and paste it every time I get the opportunity.
‘Saw Byrne three times during the 2018 American Utopia; twice in San Antonio and once at the Merriweather Post Pavilion outside Baltimore. Due to the intense choreography, the setlist was almost identical each time. Awesome show.”
And yeah, they did “Once in a Lifetime” each time I saw him.

Thrice in a Year’s Time, more like, I reckon. Saw him several times late 80’s and throughout the 1990’s after Heads broke up and he was pretty prolific with the solo albums and tours.

You’re the Chris Christie Springsteen fan of the Talking Heads.

He’s the musical guest on SNL February 29 when Mulaney returns as host.

thank you, I will mark my calendar. Although by 1030 PM CST on a Saturday I’m usually drunk and passed out.

I saw Talking Heads in original formulation 3 times and David Byrne once at Red Rocks, there’s a Boots on the Ground and everything.
I’m going back to Red Rocks in August for
/ kisses fingers

Stafford? That seems nuts. He’s the only thing keeping them competitive. Ish. But it is the lions.

litre_cola
Editor
Reply to  BC Dick

I thought the exact same thing. I am sure it is nothing. His numbers are very good. Although he has been there 10 years and not won a playoff game.

PK Subban getting booed so bad I thought the game was in Montreal.

The new leadoff batter the Reds signed from Japan missed his first batting practice pitch of Spring Training. So, there’s nowhere to go but up.

Also here another GIF for the Sweet Travesty of Justice:

Reds gettin a lot of preseason love. But Votto should retire soon, like 2 years ago.

Agreed. Votto may have a great eye for the ball but time is undefeated.

If anything they need to consider moving him down in the lineup to maybe the 5 or 6 hole. If some batters get on base ahead of him, suddenly the pitcher won’t be able to pitch around him and Votto may get some better pitches.

Found a funny
Know why I pulled you over?

1987, 7-11 on Main, you paid for Coke but filled your cup with Slurpee. We gotcha. We finally gotcha

Who gets signed 1st, Dez or Antonio Brown? Discuss.

BC Dick
Reply to  litre_cola

Dez I think. There’s only so much you can lay on a coach.

Kaep. Because I want to watch the world burn.

It turns out that when people see you liberally drinking from the bottle it’s considered a “sign”. But the movies make it look so cool!

Whoever promises to get rid of NHL blackout rules has my vote for president.

I just want to see the look on the Democratic candidate’s face when Trump pulls his Right Bower card and outlaws all spam calls and emails.

For a second there I thought you said you were gonna vote for the guy who gets the blacks out of the NHL, and was like, “no, don’t vote for Trump!”

I have the 2016 version of this t-shirt, I wear it when I’m working out in the garage. 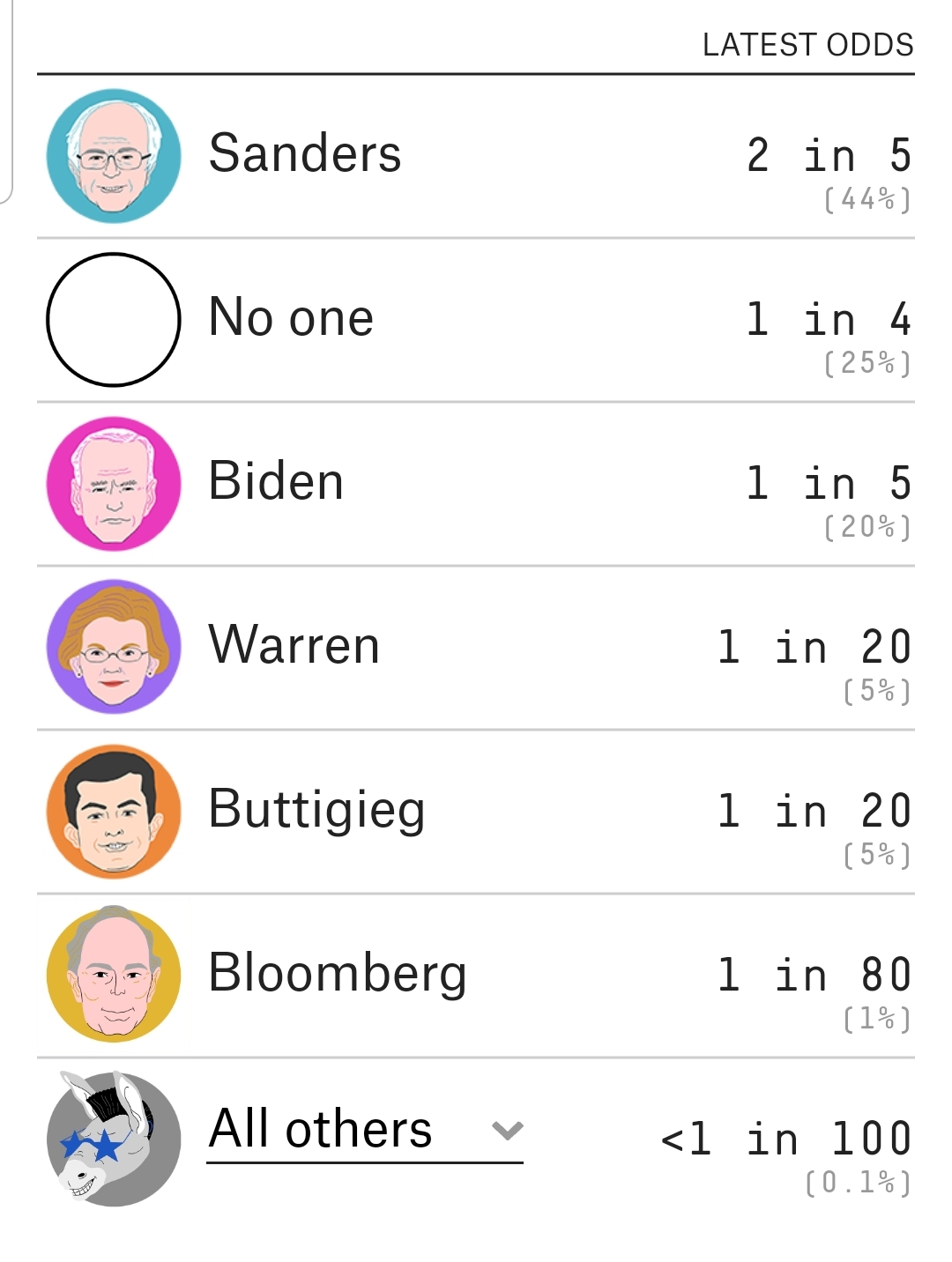