Finally, the Rams are going to throw Eric Dickerson in front of the fanbase vis-à-vis the new logo.

.@RamsNFL fans, I reviewed your comments regarding our new logos and share in your disappointment. I’ll be speaking with the Rams on our behalf. Please like if you prefer the logo on the left and retweet to vote for the logo on the right (Rams booster club).
-The Rambassador pic.twitter.com/wZuzCzwdER

Today’s internet good dog is Bogey, a Golden Retriever pup who gets caught between biting his tail & trying to roll over.

This is Bogey. He was pupset about the Olympics being postponed until he realized that's just more time to perfect his routine. 14/10 pic.twitter.com/uAcw789Z1z

Wait’ll he learns about balls!

Beerguyrob
A Canadian man-child of indeterminate age, he stays young by selling alcohol at sporting events and yelling at the patrons he serves. Their rage nourishes his soul, and their tips pay for his numerous trips to various sporting events.
Please Login to comment
57
155
0
30 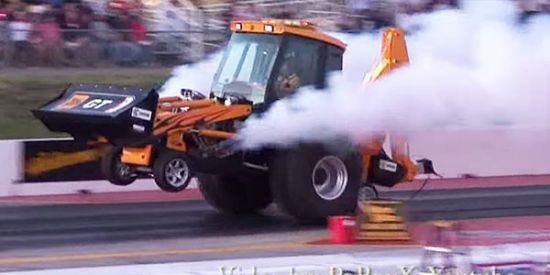 I’m always confused about this. Are these comics meant to be funny?

as serious as a properly designed and built engine oil sump?

Ayo, yeah they’re funny. the funniest. funnier than funny. of the fun

What’s funny about this one?

Or having to read a short story in six cels for a non joke?

That’s not funny either. At least this is a funny car.

Ayo, it’s funny because that cat has designer glasses. Do you need a road map?

Wait, what? How are those different from normal glasses?

GIVE ME THE MAP DAMMIT!

Also, which one is the fucking cat? And what is the other one?

Ayo, I like you because you’re as stupid as me.

“Tiger King.” What the fuck am I watching?!

That goes without saying.

I’m going to invoke the Alheimer’s rule here,
meaning that I’ve probably said this before but.

If you’re watching the OJ Made in America thing, well I met OJ.

My old girlfriend, the crazy redhead and I were in Jamaica getting crazy, mon and who should we see walking across the open common but OJ Simpson. He was golfing in Jamaica while looking for the real killers.

I had to say something as he walked up to the bar so I said, “Hey OJ! I used to watch you run for USC and the Buffalo Bills. We live in San Pedro”

I’ve been drinking you see.

OJ says “I know San Pedro well.” We shake hands, he shakes hands with the crazy redhead.
I buy him a drink and we talk about life and I tell him “yeah, you were the shit at SC and then you were in the movies and then…”
This was in 2003-ish?

Very personable guy. Fun to have a drink with.

We’re walking away and the crazy redhead says “I can’t believe I shook hands with a murderer!”

I asked her to speak more quietly in the presence of a murderer.

If you want to make a real power-move, sign your well written emails with the complimentary close “Yours in Christ.”

It’s a judo move, and thus must be used sparingly. This is tactics, not theology. Only you can be the judge of when to use it. The goal is to strike your opponent off-balance.

Thank you for reading this.

Thank you for your response to my post. Your opinion means a great deal to me, and I’d like to thank you for sharing it. We will get through this together.

The best life. No bra, no pants.