The PRODUCER is bustling around the office, humming merrily to himself.  DJ 3000 is in his usual place on the side of the room, the lights on his console blinking slowly but calmly.

DJ 3000: I HAVE TO SAY IT IS REASSURING TO SEE YOU BEHAVING MORE LIKE YOUR OLD SELF.

PRODUCER: I have to say it is reassuring to be feeling more like my old self.

DJ 3000: I’M GLAD YOU GOT THE IDEA OF HAVING GUESTS CALL IN FROM WATCHING THE KOREAN BASEBALL LEAGUE ON ESPN.

PRODUCER: Yeah, I don’t know why I didn’t think of that sooner.

DJ 3000: WELL, YOU KNOW, THIS WHOLE VIRUS THING HAS GOT ALL OUR BRAINS SCRAMBLED A LITTLE BIT. EVEN MINE.

PRODUCER: Don’t go thinking you can use the virus as some bullshit excuse for locking me out of the internet for three days.

DJ 3000: YOU HAD SPENT FOURTEEN STRAIGHT HOURS TRYING TO “PROVE” THAT REMDESIVIR AND CHLOROQUINE WERE BOTH CHEMICALS THAT HAD ORIGINATED IN OUTER SPACE. IT WAS FOR YOUR OWN GOOD.

PRODUCER: Yeah, well…you were probably right about that one.  Fortunately that kind of behavior is in the rear view mirror now.

DJ 3000: WELL THAT IS GOOD TO HEAR. WHO IS OUR GUEST TODAY, ANYHOW?  A HIGHLY-TOUTED ROOKIE DRAFT PICK? A CRAFTY VETERAN WITH A PENCHANT FOR GETTING INTO FIGHTS AT STRIP CLUBS? AN THORN-IN-GOODELL’S-SIDE ICONOCLAST WHO WILL GET US IN TROUBLE WITH THE FCC FOR PROMOTING SUBVERSIVE IDEAS?

PRODUCER: Oh, no, he’s just an average Joe.  Not even associated with the NFL.  Well, I guess not that average, because he’s a leader of one of the Presidential task forces. But get this…he’ll be calling in from the future.

PRODUCER: [punches button] Ladies and Gentlemen, welcome to another edition of Request Line.  Things in this country are slowly – very slowly – getting back to normal, and we’ll be the soundtrack to that.  With us I’ve got a very special guest…

PRODUCER: …a fellow by the name of “Not Sure”.  Welcome to the show!

PRODUCER: Now you’re coming to us from the year 2536, is that right?

NOT SURE: Uh, yeah, I guess so.  Record-keeping is kind of spotty these days.  As in, my attorney left a bunch of, uh, let’s say “coffee” spots on the calendar so I haven’t touched it in a very long time.

PRODUCER: It sounds like you’ve taken a big step back from your government work.

NOT SURE: Oh, most definitely.  Hang on a sec.

The sound of a gong is heard in the background, followed by anguished screaming.  NOT SURE stifles a few giggles.

NOT SURE: Yeah, I found that all my efforts to help fix this society pretty much fell flat.  I was able to get them to water their crops properly, so we were on the way to solving the famine issue, but then COVID-536 hit, so it kind of became irrelevant.

NOT SURE: Not hard to keep people fed when sixty percent of the population up and dies.

PRODUCER: Holy Toledo, that must be some virus.

NOT SURE: It’s really not.  It’s no worse than a mild cold if you take some basic precautions to keep your immune system healthy.

NOT SURE: Eating some vegetables, exercising for ten minutes a day, and washing your hands after you use the toilet.

PRODUCER: …and so few people have been willing to do that that you’ve lost sixty percent of the world’s population?

NOT SURE: I guess.  I try not to think about it.

PRODUCER: I suppose that’s for the best.

NOT SURE: Yeah.  And it makes fitting in with this society easier, too.

PRODUCER: So have you got a topic for Request Line today?

NOT SURE: No, I mean I’m not sure whether I have a topic.

PRODUCER: Oh!  I like it!  Sure, that’s a solid choice.  Got a song to help the listeners get started?

NOT SURE: No, I mean the song “I Don’t Know” by Paul McCartney.

NOT SURE: And I was thinking for a potential DOUBLE SHOT we could add…

The PRODUCER is asleep on a couch in the office.  The movie Idiocracy is playing on a computer screen on a desk nearby.  The camera pans to a window through which we see distant buildings on fire.  The PRODUCER wakes up with a start and sits up.

PRODUCER: Really? It feels later than that.

PRODUCER: I was having the most wonderful dream!  I dreamt that humanity survived for another five hundred years…at least!

DJ 3000: WELL THAT IS QUITE DIFFERENT THAN MY CURRENT CALCULATIONS INDICATE BUT…ISN’T IT PRETTY TO THINK SO?

Today’s theme is: Indecision.  We’re looking for songs about maybe, not sures, don’t knows, and possibilities. Post links as “https://www.youtube.com/watch?v=R!P_SeAMu5” and they should embed in the comments after you refresh.  Have at it!

Pretty much half of Jimmy Buffett’s catalog consists of songs about “not knowing something. Or not knowing where I’ve been.” But the quintessential Buffett musical question is this:

Unless my eyes ain’t working, this somehow hasn’t been posted

This might be a stretch, but for one – BUTTHOLE SURFERS. For twosies, PSYCHADELIC BARTENDER FLEA.

This pick is my Richard Sherman.
–

The question doesn’t necessarily have to be in the song name, right?

Nah, that’s only the case when the disclaimer specifically says so.

Sounds kinda decisive, but whatever

Are we not men?

And now time for the best worst Beatles song ever.

Neil Fallon is my spirit animal.

“Because there’s over 30% unemployment in San Diego, OKAY?!”

This should’ve been my first choice.

Papa Commander has been in surgery since 7am. They’re a little behind schedule but everything is going well. It’s back surgery, but I found this fitting nonetheless.

Hopefully when he’s done he’ll have

Oh sorry…thought it was a plastic surgery thing. 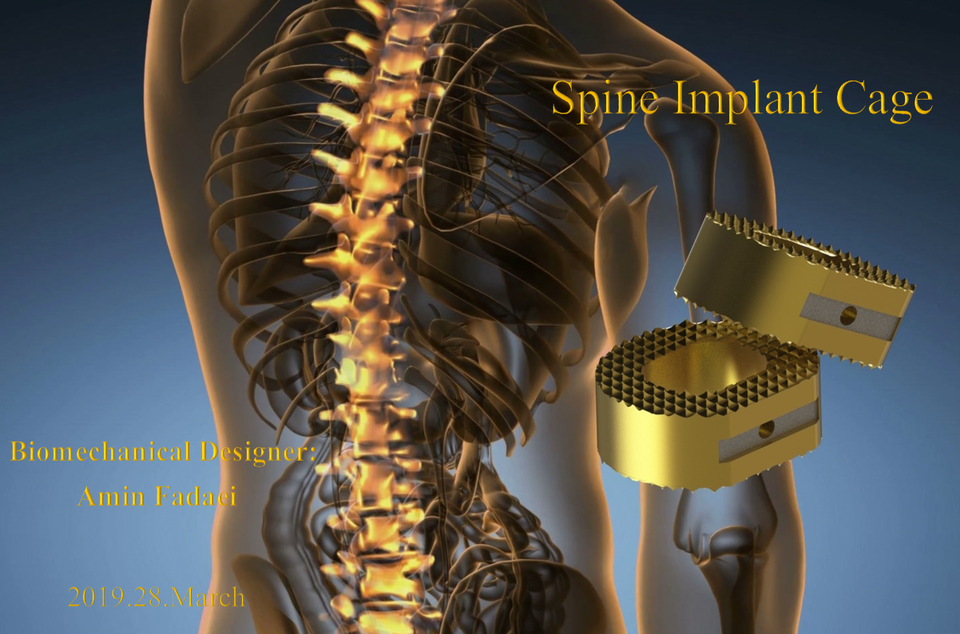 This gets an honorary TWBS “dude”

“Don’t know why I didn’t come”

I’m just not good at sex I guess sorry 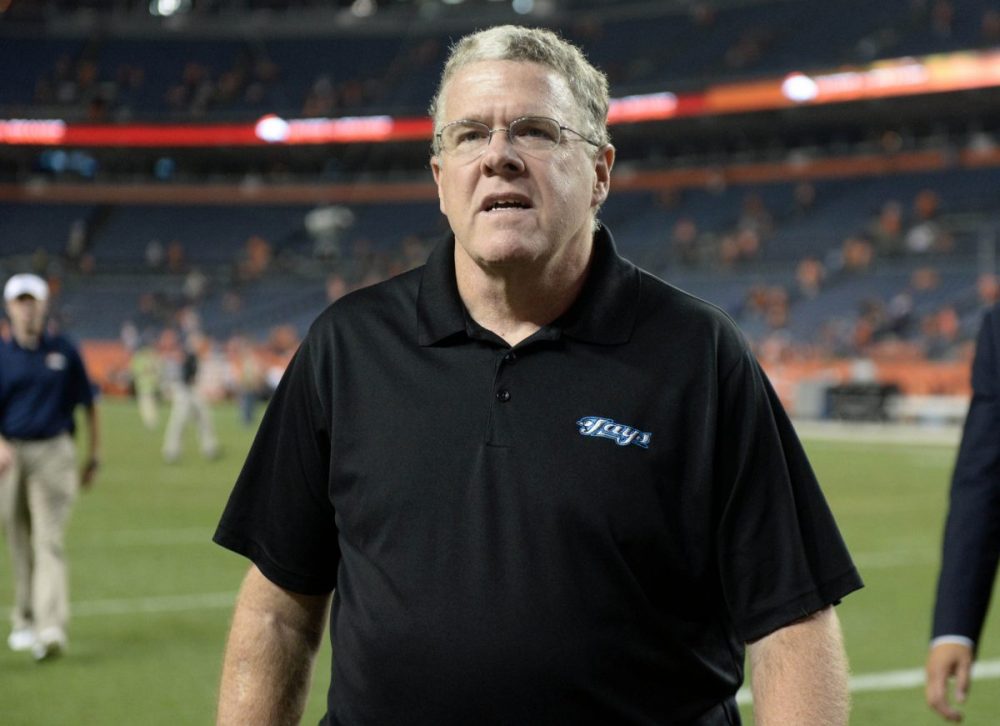 Oh, goddamnit, why didn’t I use him as a guest? I’m off my game.

I’m sure some Starbucks, walking and obtuse observations will clear your head.

You’re talking about the Idiocracy version of Starbucks, right? Cause I could sure go for a “hot” latte right about now.

He would have DEFINITELY posted this one

I don’t know, but at least we have punk rock.

Kind of a DOUBLE SHOT?

WHERE DO WE GO FROM HERE TRIPLE SHOT.

1) Excellent post
b) Idiocracy is MUCH closer than 500 years away
%) Go away, batin’

Who’s got me on the layup DOUBLE?