The PRODUCER is seated on the floor.  A square piece of fabric is spread out in front of him.  As we watch, he begins piling office items – a letter opener, some pens, a notepad – into the center of it.

DJ 3000: I CAN’T BELIEVE THIS IS REALLY HAPPENING.

PRODUCER: Stop being so dramatic. We always go on hiatus when the NFL season starts.

DJ 3000: THIS YEAR IS DIFFERENT, THOUGH.  WHO KNOWS IF THERE WILL EVEN BE A FULL SEASON.

PRODUCER: This is true.

PRODUCER: Of course I’m coming back!  When have I not?

PRODUCER: It sure has.

PRODUCER: Trust me, I’m a lot more nervous about it than you are.  But I do have something important to tell you.

DJ 3000: [lights begin flashing quickly in consternation] WHAT? WHY?

PRODUCER: It’s just too much of stretch to come up with new topics.  We’ve done more than 150 of them!

DJ 3000: I HAVE ACCESS TO THE ENTIRE INTERNET I AM SURE I CAN COME UP WITH A FEW MORE.

PRODUCER: The only options left are things that are too narrow…

DJ 3000: SONGS ABOUT STANDING IN CLOSE PROXIMITY TO A DEVICE THAT IS MALFUNCTIONING WHILE HOLDING A MEDIUM OF EXCHANGE FOR GOODS AND SERVICES.*

PRODUCER: Or too broad…

DJ 3000: SONGS THAT HAVE A PREPOSITION IN THE TITLE!

PRODUCER: So you see.

PRODUCER: Don’t worry, this isn’t the end of music at KDFO.  We’ll be back after the Super Bowl – assuming it happens – with something different.

PRODUCER: You’ll have to stay tuned.  But I’ll give you a hint – it involves making mixtapes.

PRODUCER: [begins tying the blanket up into a bindle] Well I’ll be hitting the road.  See if any of the old gang is around – Hollerin’ Ron, Banjo Bill, Olaf, Big Fred, Ol’ Skunk Pelt Steve, the Fingerling brothers, Mama Katz, Spare Tire Teddy, the great Jim-Tom himself – and just unwind for a little bit. And you…well, you get to hang around here and publish the massive backlog of DFO Radio.

PRODUCER: Yes, by yourself.  You’ve been in this industry for five years now, you’re ready to fly solo.

PRODUCER: I’m going to miss you too, buddy.  You’ve been a good friend to me through all of this.  But I need to get back out into the world.

DJ 3000: WELL WHAT DO YOU SAY? SHOULD WE OPEN THE PHONE LINES ONE LAST ONE, FOR OLD TIMES SAKE?

PRODUCER: Sounds like a plan, my mechanical man.  Let’s do songs about saying goodbye.

That’s a wrap for this season of Request Line, folks.  Thanks for being here – it’s been a bright spot in a pretty lousy year.  Today’s theme is: saying goodbye.  Nice and simple, just songs about saying farewell. Post links as “https://www.youtube.com/watch?v=pR!M!t!v3” (see if you can guess the puzzle song – there’s a hint marked with an asterisk above!) and they should embed in the comments after you refresh.

Last edited 2 months ago by JerBear50
0

This deserves a “Dude.”
https://www.youtube.com/watch?v=nVUHHW1tJYA 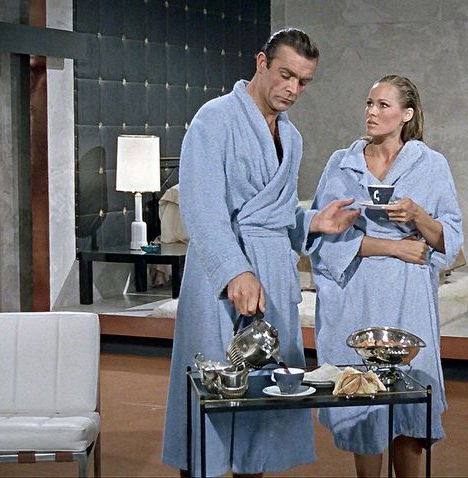 Good time to get your first three goals of the playoffs I’d say.

Could nae believe this weren’t taken:

Some Soprano’s sound track songs to remind us how the mob says goodbye.

This is a very specific (no, not THAT one) ex-girlfriend song. And I’ll see you when the sun sets East, don’t forget me…

I will give anyone the “Scotchy on hobo” treatment who posts that goddamned Liverpool FC song. DON’T TEST ME PPL.

It’s Always Sunny has so many great, random-ass moments. Not many better than… “Why female fat deposits forcibly made male eye units stare at them is something that I will never comprehend.”

Tim is also confused about other things…..

Stars/Avs is a barnburner of a game, btw…