The scene: The infernal reaches of Hell, where damned souls scream in eternal torment. Some of them, anyway. Honestly, most of the ones screaming are Karens venting their ire at the demonic hordes and demanding to speak to the manager. Which really sucks for everyone else, because they have to stand around in pools of lava listening to the Karens complain.

“It’s too hot,” the Karens whine. “Can I get a fan? And where’s the ice machine? My husband is a lawyer, and when he finds out about this…!”

Then they pull out their cell phones, which are useless in Hell, and dial away, kvetching the whole time as they try to call the cops on the guy who accidentally bumped into them while he was just trying to find a more comfortable piece of jagged rock to stand on. And of course the cops never show up so the Karens really go on a tear then, berating everyone around them, screeching about how they pay taxes and demanding better service and basically making an eternity of torment suck just that much more for everyone around them.

But high above the screaming Karens and the demonic larval pits and the walls of crimson fire and the rivers of steaming blood sits the Infernal Castle, a construct made of sulphur, ash and bone. And in the Infernal Castle. sitting upon a throne of black onyx, is the Lord of Hell, the android known to friend and foe as…Future Moose!

Oh, and Señor Weaselo is there, too.

Señor Weaselo (reading from a list): So the Second Circle is running low on sex toys, the Seventh Circle is wondering where that shipment of flaming, diamond-toothed chainsaws is, and the demonic overlord from the Eighth Circle is reporting that Herman Cain wandered off again.

Future Moose: Frek! I ordered those chainsaws months ago! I was really looking forward to trying one of them out myself.

Señor Weaselo: Should I put in another request?

Future Moose: Yeah, and tell them I want it expedited. If we end up with a double order, we can always ship the excess off to the Second Circle. Those should keep ‘em amused for awhile.

Señor Weaselo (taking notes): OK. Oh, I also got the Moosemobile tuned up. I installed one of those new afterburners that R&D came up with.

Future Moose:Nice! I just wish I had more time to drive it.

Angry Girl Scout (holding out the Helliphone): It’s for you.

Future Moose: Can’t you take a message? Weaselo and I were going out for a bite after our meeting.

Señor Weaselo: Si, I’ve really been wanting to check out the new jalapeño poppers at Hellburger.

Angry Girl Scout (still holding the Helliphone out to Moose): Look, d’you wanna take the call or not?

Future Moose: You know, I hired you to take care of the day-to-day business while Weaselo and I deal with the bigger problems in Hell…

Señor Weaselo (making another note): So that’s where they went!

Angry Girl Scout: Never mind, I took care of it already. And the chainsaws you’re looking for got heisted by the Satan’s Swine…

Angry Girl Scout: Don’t worry, we got them back. Most of them, anyway. But I did agree to give them Hell Passes so they could go to Sturgis next year.

Señor Weaselo (making another note): Well, if everything’s done, then…

Angry Girls Scout harumphs angrily (of course) and holds the Helliphone out to Moose. He grudgingly takes the phone, glaring at Angry Girl Scout, but she flips him off.

Future Moose (into the phone):Yeah? This better be import- Oh, hey, Zymm! It’s been awhile!

Future Moose: Time travel? Well those guys are always doing that. I don’t see the big… Oh. Uh-huh. Yeah, I get it, I’m just not sure I can leave right now…

Moose, Señor Weaselo and Angry Girl Scout look over to see Satan himself striding through the doorway. Each step of his cloven hooves leaves a trail of flame, and his bat-like wings flap ominously.

Satan: WHO DARES TO SIT UPON THE THRONE OF THE… Kaffkaff! …OF THE GREAT AND POWERFUL… Ahakhakhak!

Señor Weaselo: Um, do you need a cough drop?

Satan: No, I’ll be fine. It’s just all the brimstone. It really gets my allergies going.

Angry Girl Scout (to Satan): Oh, for f*ck’s sake… What hole did you just decide to crawl out of?

Satan (glaring down at Angry Girl Scout): Oh, it’s you. Well it’s none of your business, really, but I was on vacation. I got to hang out on the beach with some friends…it was all very relaxing!

Angry Girl Scout (sneering): Right. Like you have friends.

Satan (offended): I do! They’re from Canada, though. You wouldn’t know them.

Señor Weaselo: So you’re back to…?

Satan: Kaffkaff! Sorry, right. I’ve come back to regain my rightful rule over Hell and torture the souls of the damned for eternity, rain fire upon the wicked, yada yada yada. Hak.

Future Moose (into the Helliphone): Hang on a minute, Zymm.

Señor Weaselo: Did you tell her I said hi?

Future Moose (ignoring Weaselo): Look, Satan, I can appreciate the fact that you needed a vacation, but Hell has been doing pretty well under my rule.

Satan (puffing out his chest and breathing gouts of flame): PUNY MORTAL! YOU DARE DEFY THE WILL OF THE TRUE RULER OF… Ahakhak! Kaffkaffkaff!

Future Moose: One, not puny. Two, not mortal. But honestly, if you’re dead-set on ruling Hell again, who am I to stand in your way?

Satan: Well, I’m happy we sorted that out! Now if you’ll just…

Future Moose: But I do have a few conditions…

Cut to: A few hours later. Señor Weaselo is driving the Moosemobile down a highway in the desert, with Angry Girl Scout riding shotgun.

Señor Weaselo: I think we did all right. We got out of Hell, didn’t we? Honestly, that place was really starting to grate on me.

Angry Girl Scout: I kinda liked it there. I had fun pissing off the Karens. Did I tell you I left them a parting gift? I finally put in the ice machines they’ve been screeching about.

Señor Weaselo: That was surprisingly decent of you…

Angry Girl Scout: Of course, every one of them is broken.

Señor Weaselo: Yup. There it is.

Señor Weaselo: Didn’t you tell me that you needed an undamned soul to exchange for infernal might? Where were you going to find one of those in…

Señor Weaselo (shocked): What? My soul?!! That is uncool!

Angry Girl Scout (petulant): It’s not like you’re doing anything with it.

Angry Girl Scout: What-ever. I should’ve just ridden with him anyway. At least he has a sense of humor.

Señor Weaselo (glancing in the rear view mirror): I’m still not sure why he wanted that thing…

Angry Girl Scout: Are you kidding? I wish he’d bargained for a fleet of them!

Angry Girl Scout looks wistfully out the back window at the Helltank that’s following the Moosemobile down the highway.

Angry Girl Scout: Man, I could sell so many cookies with one of those…

Beastmode Ate My Baby
A frequent guest-star on the award-winning seventeenth season of Here Come the Brides as well as Petticoat Junction: The Outlaw Years, Vic Darlington was arrested in Miami for poodle smuggling in 1986. Fleeing to the United States to avoid prosecution, he worked as a delivery boy for Señor Pizza until finding a steady gig as the bassist for the Johnny Zed Power Trio. He currently lives in North Hollywood with his trophy wife, two meerkats and the world's largest collection of second-hand bowling trophies.
Subscribe
Please login to comment
28 Comments
Inline Feedbacks
View all comments Today Eddie Guerrero would have been 53.

I’ve told the story before, maybe here, or other places, about when we finally won the WWE Championship title, and the next day they recorded Raw in Fresno. It was 5 minutes of the crowd chanting his name, confetti falling everywhere (years later during any concert or event at the location, random pieces of confetti would fall because it was so much and went on for so long), and the crowd was relentless. Eddie is on stage crying. I’m in the audience crying. No need to remind everyone that this is a largely Hispanic community, so Eddie being the major star, the headliner, was particularly special.

It still gets to me. With the business aspects of this HRTN episode will also appear in The Economist.

The budget did not allow for anything more than a calculator.

Joey Ramone a few years ago. 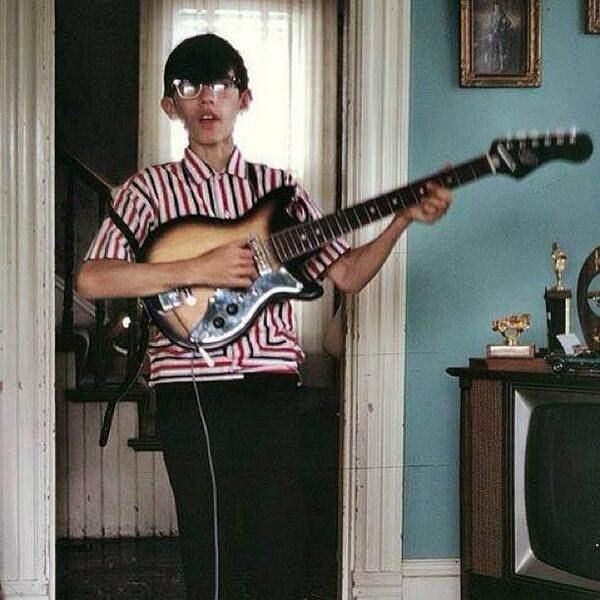 That bitch better not be pushing thin mints

The way you could make that hell punishment worse is have no milk.

Anything else would be uncivilized

Anytime I’m at work and need to google a woman I hear about on DFO, I always use my phone.
Happy I do that.

Taylor Swift is decently popular. I am surprised you didn’t know who she is.

Popularity does not equal quality.

TheRevanchist
Reply to  Moose -The End Is Well Nigh

Clearly you do not subscribe to the Tay-Tay & P.B. Shelley Literature Forum. Half of all Taylor slashfic:

*is there an option for yellow-er flames?

Looking forward to the HRTN and Dante crossover episode

I was kinda surprised Balls and tWBS didn’t stroll by and wave, but I suppose the resulting singularity would have made our universe collapse in on itself.