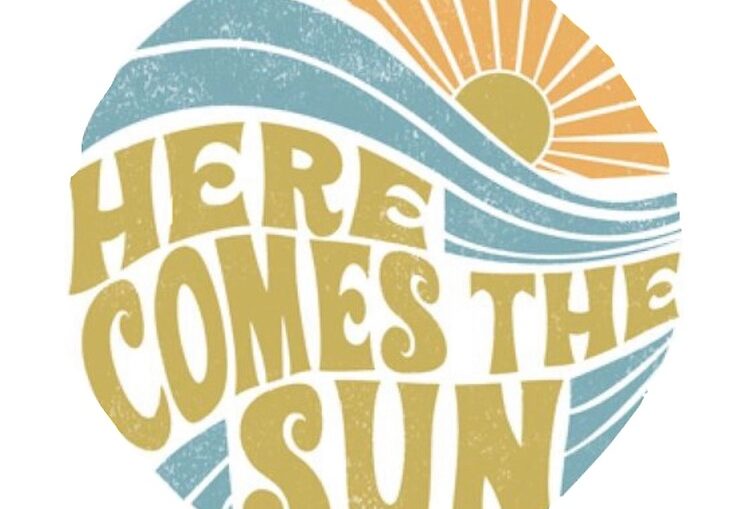 The sun is out here so it must be out everywhere. That’s the kind of rock-solid logic you can take to the bank, mister.

I mean, this one was over as soon as the sked was revealed, right? Carolina defends the long ball well so look for Mahomes to take what he is given underneath. (bodes well for the rb’s) Now here is where it gets funny-if the Panthers successfully defend the long ball and limit plays underneath that means that the defense with the most amount of missed tackles will then have to shine. Nope. McCaffrey and his beaver brown band is back.

Denver has a great coverage unit but old Julio is kinda bulletproof. With Ridley out Gage (he has the third most yards among wr3’s) and Christian Blake will see some as well. Atlanta can’t defend the te so Fant is in play-if he gets at least 5 targets the odds are that he’ll also get a TD.

It seemed like MVP talk involving Josh Allen happened a long time ago. The first 4 weeks of the year he was QB2, the last 4 weeks he’s been QB13. There is good news for him today though-the Hawks have allowed more rushing TD’s to his spot than any other team. Neither of these teams can stop the talent out there so, PLAY ‘EM ALL!

Both teams are coming off 2 straight losses but I have faith in the Titans (Survivor!) Besides, at the time I called the 5-1 Bears the weakest in the league and they’re just obeying me. Chicago has allowed the most 15+ rushing gains so far this year and well, well, look who has the third most in the league? I think Henry has himself a game if he can get to the second level a few times. The Bears also give up tons of yards to te’s so Jonnu might be in play.

Those of you (like me) that have been sitting on Dobbins all year can finally see the light at the end of the tunnel. A hundy vs the Steelers and a 33% missed tackle number surely means that he gets the lion’s share of carries going forward, right? Woo boy, according to PFF, since last year Rivers has thrown (in a noodly fashion) 42 turnover-worthy passes-that ties him with the one and only Dimes.

Good news for Minny-without Golladay on the field his QB rating takes a swan dive. He’ll still do some tossing so Marvin Jones is playable but your sneaky start might be Marvin Hall who went for 114 last week. As for Cook, he owns the Lions so he going for 125 and 2 for sure.

Many pundits are telling the air that Team’s d-line will crush today but if any unit of the Giants is showing improvement it’s the o-line. They were supposed to have their collective heads clobbered vs Tampa and it didn’t happen. Thing is, they’re doing it with 3 rooks. Weird! Don’t be afraid to start McLaurin-in the first meeting, of the 12 targets he had he was defended by Bradberry only twice.

Let’s all welcome Jake Luton aboard. As far as debuts are concerned you couldn’t ask for an easier one here. His draft assessment tells us that he has a much stronger arm than Minshew but that he’s also a guy that doesn’t take a lot of risks. So maybe fade Chark (he’s being covered by Robey also) and take a swing at Laviska Shenault. A super sneaky play might be Jordan Akins because the Jags have surrendered 7 TD’s to te’s.

should I play WR Diontae Johnson or WR Chase Claypool?

PFF is saying that DJ has a wider advantage over Diggs than Claypool has over Brown. Diggs has allowed the most receiving yards and is tied for most TD’s surrendered.

bow wow
thanks for the advice

Last edited 4 months ago by rockingdog
0

np. About that barkcast? You don’t bite, do you?

Meanwhile, at casa de Bk, I just realized that my tradesman’s certs are about to expire, lol. So, what do y’all reckon – should I renew my sparky card (and my aircon one for that matter), even though I don’t HAVE to work construction ever again, lol? 😀

If Dalvin scores another 6 I’m the smartest cookie ever.

Nagy is a dumbass AND a wuss

My team is terrible

Your new cb ran one back for 6. Timely!

Mr. King is a former All Pro. Nice pickup after the Beasley debacle.

Lions with the blocked punt. They deep in Minny’s end. Just like Mickey.

there ya go
see Julio Jones can catch TD’s

Swift with the drop. Where have I seen that before? YOU’RE A PASS-CATCHING BACK RIGHT NOW!

Nick Foles looks committed to underscoring that Kap should still be in the league.

Still, that game is way too close survivor-wise.

I was gonna start Irv Smith this week, but cut him for Ebron. Because I am too dum 2 live, see…

Irv Smith is a big goddamn tease. He’ll be relevant eventually but you can’t hang on to ‘no production’ forever.

/pokes Panthers with a stick

Do something, DJ Moore!

So does Buffalo have an amazing array of high end hookers who wore down the Hawks last night? Or is it chicken wings? Either way, the defense should not look this gassed

I’m not sure I want to imagine what hookers in Buffalo look like.

They have had a signpost and turnstile defensing unit all season, they usually just score a fuckton so nobody notices.

They’re not high end but they are gum-chewing, spandex-wearing, menthol-smoking, teased-hair, high-pitched voiced, take no prisoners-types that’ll not use any lube when inserting the plug in your anus. Even if you didn’t ask for it.

From what I’ve heard.

Ridley out so does Ryan go to Julio? No, it’s Powell and Ozymandias with the 6 spots.

I don’t know why a massive shopping run at the liquor store makes me so happy — it’s not like I was in danger of running out — but it does.

Fun place to ppl watch, and feel slightly better about oneself.

Turns out that on a Sunday morning during a pandemic, it’s pretty much just me and the staff. (Who confirmed that they sold a buttload of champagne yesterday.)

I stocked up on fall/winter beverages: bourbon and applejack; porters, stouts, and ciders; plus some new toys like Falernum.

Canadia Jeebus allows booze stores to be open on HIS DAY?? (smh)

Uh, I was laying some pipe and I heard on Redzone that Kyle Allen got Theismann’d…. please tell me that the Team hasn’t killed another career… please

oh yeah, he did that DAK! foot trick, got rolled up under a defender’s ass

… well, I can at least hope that Alex Smith tells him who “helped” him when he got injured, so he can avoid the fuck outta those incompetent shits…

maybe he also kept some horse tranqs in his locker

Rumor has it that Team’s stadium was built on a pet cemetery. Hence all the bad juju.

The only time the horse I usually ride has flipped out was when there was a giant snake nearby soaking up some sun when a couple of crows or ravens decided the snake would be a good snack. The snake objected and shook off the birds, which took off, scaring my horse. So yeah, really weird that the Ravens aren’t beating the Colts. Also, why no teams named after snakes?

No one has been able to come up with a cuddly snake mascot yet?

Arizona may be a sun-drenched hellscape, but they do have the Diamondbacks

Wilson and Mahomes throw the ball so well when running outside the pocket I expect the NFL Rules Committee to outlaw it next year.

Bills playing a pretty complete game all around
thats rockin

Hey, Scotchy, is Danny Dimes playing cromulently? My opponent started him and he has positive points.

He’s only been sacked twice, hasn’t turned the ball over (yet) and is throwing over 50%. Very cromulent. Engram has the TD catch.

Can you tell him to hurry up and regress to the mean?

He’s never played a game (20 and counting) without turning the ball over. Just be patient.

Fucking NFL commentators trying to appeal to “men” by describing everything as strong.

What the FUCK is a STRONG LEAD? Do numerical differences in the number of points two teams have fucking LIFT now? Fuck off Chris Hanson.

I wonder if Julio has the largest % of his yards received between the 20’s of any of the top 10 wr’s. His TD totals tell me this is probably true.

*sigh* Either the Seahawks are gonna disappoint me by not bothering to attempt to win this game, or they are gonna tear the Bills up in the second half only to blow the fucking game on a 30 sec end of the game drive.

Whatever you do Don Cherry, don’t answer the door today.

But they could be trying to sell him a poppy!

I don’t like him but I don’t wish him dead.

As an immigrant, I wouldn’t wear a tiny red flower to commemorate Don Cherry’s death.

What’s Beiber up to?

Just realized I am playing Spam in Freezer Vodka lge. That is a scalp I want.

/I needed that badly

More Hockenson please and thank you.

Lobbing it up for Metcalf to get it. More of that, Seahawks and less of everything else

If I was Kyle Allen I would avoid whomever and where ever Alex Smith had is leg worked on.

This Seahawks side are looking like the 1992 squad. Just terrible

I dislike the way they have the points being added to the score show up as +3 or +7, they have the goofy character portraits and added this to make it look even more like a video game. How about showing player buffs and debuffs like concussion, broken bones, pain killers, and amphetamines under the team names. Totally go with the gaming theme.

What’s the football equivalent of mana?

Hmm, the announcers keep talking about Grit, maybe they can finally set up some sort of grit measure.

Have they even had 100 first downs?

Washington QB is the single most cursed position in the NFL. The Curse of Theissman

Feels more like the curse of RGIII, as the Redacteds won a Superb Owl after the injury

Nvm, Bears are away this week. Gotta be fedex

For the lawyers on the site:

shit dicks
why did I start the chiefs defense?
cause I got lazy thats why

The view from Canada: https://www.thebeaverton.com/2020/11/breaking-usa-does-bare-minimum/

Tune in on CBS pic.twitter.com/NPo82KxRtC

I am going to watch that play of Philip Rivers falling onto his back and then being hurtled over like 200 times over the course of this glorious day.

Reminded me of a turtle set on its back.

What is, “Something You Don’t See Every Day?”

or at a cowboy-themed male strip joint

Those hot Red Sovine backbeats tho…