HA!  Gotcha, fuckers!  This isn’t some hihg-quality HRTN production this is Horatio, stamping my tiny feet and bitching about the 2020 Cowboys.  And you walked right into it.  Ah well, may as well put your feet up and stay in the clubhouse for a while.  Just toss those Jim Belushi videtapes to the side and try not to activate the TATAS.  Debbie gets pretty touchy about those.

In my season preview for the Cowboys, I praised Jerry Jones for a fantastic draft, (through 5 rounds anyway; we’ll get to DiNuzzi in a bit), then wished that his team, and mine since Staubach was calling plays for Landry, would go 2-14 thanks to Jones’s wishy-washy attitude towards police violence towards Black Americans and his intent to cram as many people into the stadium as he could get away with, despite the ongoing pandemic that has, to date, killed nearly a 1/4 million Americans.

Well, shortly after I made that wish a monkey’s paw in some forgotten hellscape out by the Iguana Mart got to curling.  OOK-OOK!, did it get to curling.

Let’s break it down, shall we?

Dak Prescott was having a lights out season, personal-statistics-wise.  His decision to gamble on himself and accept a one-year deal, (albeit a one-year deal worth $32+ million; let’s not pretend he’s out on the street), instead of the multi-year $100+ million Dallas was offering, seemed like the best decision since the Yankees didn’t give Robinson Cano 10 years for $24 million a year.

And then this happened

Burble-borble, what an awful injury.  Dak was obviously out for the season and the Cowboys were done.  This is not, of course, to say that the Cowboys were any good before Dak went down; while fun to watch, the fact remains that they barely beat Atlanta, lost to the the Browns in an absolute shoot-out, and lost to Seattle in another shoot-out.  Their offense was great, their defense was terrible, but you had a reason to watch for all four quarters.  Also they were in the NFC East, the Taboo Region of the NFL, so they were still going to the play-offs even if they finsihed 8-8 or 7-9, hell, maybe 6-10 since everyone else in the division is spending the season playing like they were hitting Mr. Ayo’s banana-weed stash like it had stolen Covalent Blonde’s new pick-up. With Dak out, and no time machine from Dr. Zymm anywhere on the horizon, that was pretty much over.  Gott in himmel!

Sure, Andy Dalton came in and was, um, ‘competent’ for 1-and-a-bit-more games, but then Jeff Bostic tried to murder him by hitting him harder the a hulked out Fozz ever popped Satan.  It’s worth noting that the Cowboys were down 25-3 at the time of the hit, and about as much threat to come back as Custer was against a bunch of reds…uh, football teams.  Yeah, that’s it.  Football Team.

After Dalton, the deluge.  He was followed by Ben DiNucci, this year’s 7th round pick out of James Madison University.  DiNucci was apparently drafted because Mike McCarthy’s brother knew him, which sounds like the kind of tidbit you’d pick up from a man-bun sporting sportswriter clinging desperately to the wiper blades of a flying RV  Anyway, to no one’s surprise DiNucci sucked out loud, to the point that him just throwing a spiral, never mind a spiral at one of his own teammates, was cause for celebration.  After one atrocious start he was benched in favor of Gilbert Gott, uh, Garrett Gilbert, who was better than DiNucci in the sense that Cookiethulu is a better HRTN character than Jerry, because Jerry went into the jungle to take a leak and never came back, and Cookiethulu is still there, even if I’m not quite sure who he’s supposed to be.

The fault for the Cowboys 2-7 record, (still only1.5 games out of first place in the division!), isn’t solely the fault of Dak’s ankle, Dalton’s head, DiNucci’s noodle-arm, or Gilbert’s, uh, whatever: there’s plenty of blame to go around.  The offensive line has been riddled with injuries and retirements.   It’s spent most of the season made up of a constantly revolving door of personnel, said personnel also closely resembling a constantly revolving door in their blocking schemes.  Zeke Elliott picked up an early-season case of the fumbles, and by the time he fixed them Dak was crippled, Dalton was dead, and every team had 9 guys in the box.  The WR were having great seasons with Dak, but are now nearly useless as the QB quality declines faster than the resale value of OSZ’s Prius after spring break, or a windowless van left on the side of the road after the owner disappeared.  Amari Cooper seems to have checked out, Lamb seems to have picked up a tendency to drop as many balls as he catches, and Mike Gallup is probably getting tired of running up and down the field for no apparent reason.

The defense has been horrible all season, and is currently dead last in the NFL, (according to Senor’s review of the Jets, and I trust that he looked that up himself), and now Diggs, the 2nd round pick at CB, who showed flashes of brilliance, (and flashes of not being all that familiar with pass coverage as well), is out with a broken foot.

And then there’s Mike McCarthy and his staff.  Jesus Christ.  He is awful.  If you believe the rumors he’s already lost the locker room, being criticized off-the-record for being unprepared going into games and not able to adjust during games.  McCarthy continues to be predictable as hell, recently electing to kick a FG on 4th and short when the team was 2-6, going nowhere, and about as far into their opponent’s territory as they’d been in weeks.  Somewhere Aaron Rodgers looks up from the voodoo dolls of his family and laughs.  The defense is “led” by Mike Nolan, who is 18-37 as a head coach and seemingly average at best as a defensive coordinator, a status that is going to be hard to maintain given this year’s stats.  Kellen Moore leads the crippled offense.  I don’t really blame him, because between the offensive line and losing Dak there’s really nothing to expect, but I do want to point out that some people claim that Moore calls the offense and not McCarthy, which makes me wonder what it is that McCarthy does, exactly, if he’s not calling the offense or the defense, other than stuff his face with Diggler’s Donuts.  Honestly, he seems to expand a little more each week.

The Cowboys have 7 games left.  They have no chance whatsoever against the Vikings or Ravens, and in fact small children probably shouldn’t be allowed to watch what those games.  That’s 2-9.  As bad as the Cowboys are, they could win all 5 of the remaining games.  Dalton should be back soon, Zack Martin is back on the line and Tyler Biadesz has showed promise at center.  Gallimore and Randy Gregory, (I know!  I’m surprised too!), have showed recent promise on the defensive line, and the linebackers have been surprisingly healthy.  The Bengals may have the only offensive line worse than Dallas’s, the 49ers may have more injuries, (if not as graphic), and Football Team, the Eagles, and the Giants are all in the NFC East and therefore by definition terrible and prone to horrible losses at any time.  The Cowboys could go 5-0, 0-5, or any conceivable combination in those games and it would not surprise me.  7-9 wins the division and gets them slaughtered in the first round like Samoas fans in the DFO clubhouse during a discussion of Girl Scout cookies.  2-14 gives them a Top-5 pick in the draft, (glares at the Jets and Jags), and yeah, right, that’s the smarter play this year.

Fun fact: HRTN Tony Romo is living on Redshirt’s couch, eating cookies & chips and dropping crumbs everywhere. There is no doubt in my mind that Redshirt’s phone is ringing non-stop, but HRTN Romo ain’t gonna get his lazy ass off the couch to talk to Jerrah.

You 100% got me. I really want the NFC East to be taken by a 5 win team, double digit losses at minimum.

I blame the lack of preseason.

I kinda like the Cowboys this year. Seeing them lose brings warmth to my heart. And you never know. They might take the division if they lose less than other the other losers in that division.

Fuck your thin mints and your cowboys 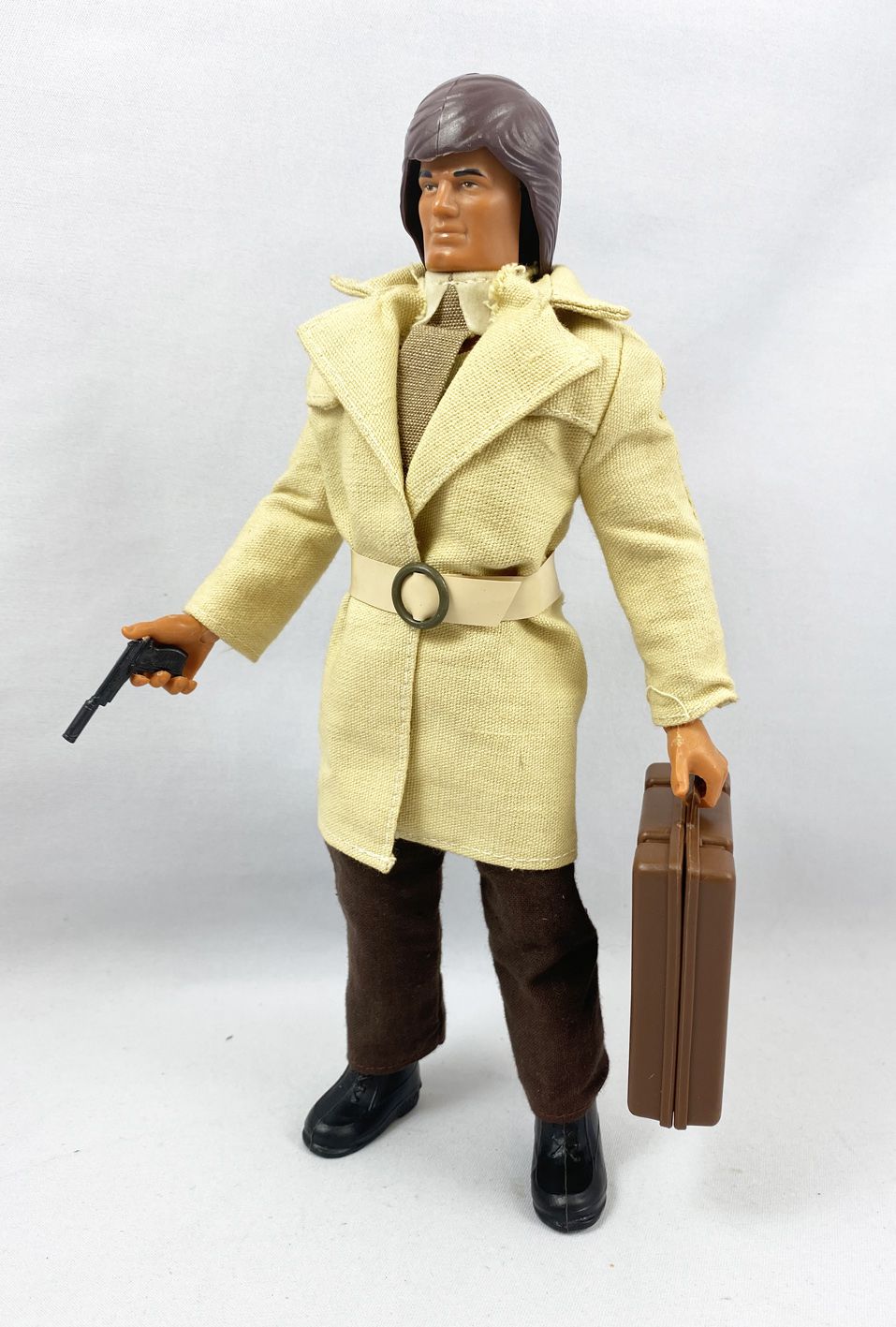 *Dammit Horatio! You got my hopes up for HRTN!

His helmet of hair seems appears to be made out of cheap milk “chocolate”. Actually that would be a great idea, an action figure where the hair is chocolate and you can buy different styles to have him wear and for the kid to eat. Just need a name for the action figure, hmmmm……

That guy there could be Jason Williams aka White Chocolate

That’s no action figure, that’s a late 1960’s- early 1970’s Ken doll. Trust me when I tell you my Barbie dumped his lame ass for some hot GI Joe action!

Your Barbie missed out by never hooking up with Erik the Viking. Dude had some moves. 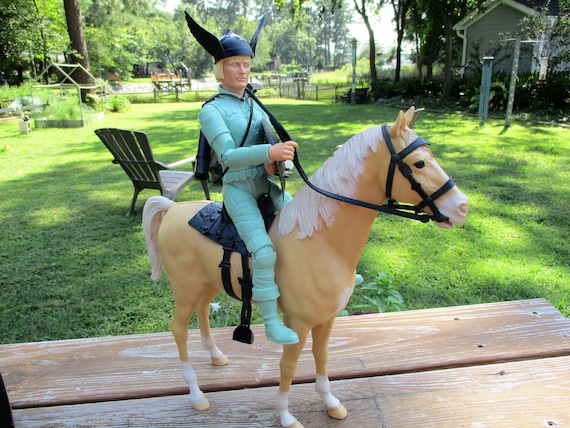