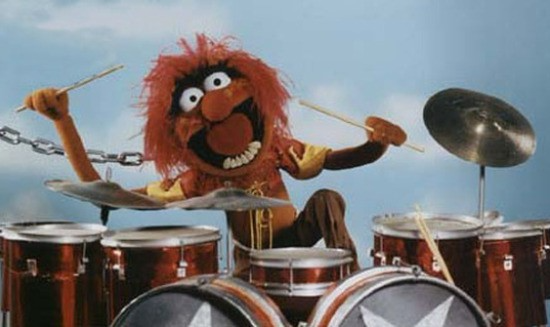 Hey all, as some of you know, we do the “Little Drummer Boy” challenge each year.  It’s really simple, if you hear the “Little Drummer Boy” song between Black Friday* ( Nov 27 at 12:01 AM in whatever time zone your in) and Christmas Eve ( Dec 24 at 12:01 AM) your OUT.  One does not need to hear the full song to be out, as long as one recognizes it as the song, your done.  Nor does it matter where you hear the song, at home, in a store( ha), driving or whatever, it all counts.  Now, if someone tries to trick you or RickRoll you into hearing it, you are safe and they are out.  The full challenge rules can be found here.

*Now I know this is not timely at all, so if you didn’t know about it and want to join, start now.  However, there are others, like me, that knew about the challenge and have already lost.  The kids and I were decorating and turned on a Christmas music channel whilst decorating and like the second fucking song that came on was LDB.  I had hoped to make it this year as with the whole COVID thing, this is the first year in almost 20 that i haven’t gone to to Christmas concert and had it ruined.  For the last 2 years, Oldest GTD performed the song as part of a band, so was out then.  It was the all instrumental Jazz-y version, so not as a bad as the usual version, but still.

While trying to find an image for this post, I came across the “Little Drummer Boy” Cartoon from 1968.  The kid is downright creepy/scary.

Not going to watch it again to see how bad it is, as I don’t remember it at all.  Probably for the better.

And the reason why we do this, is why the hell not. What else are you going to do?  And the song sucks.  While I’m not a big fan of it, I think there are worse songs (looking at you “dogs barking” whatever song).  And in general I think that Christmas music sucks, so being a “good” Christmas song isn’t a high bar to clear.

This is my favoUrite song and really Christmas story.  But the Dr Seuss 1966 version, not the new crap (get off my lawn).

We hope you’ll join but meh, whatever.

Stay safe out there campers.

Game Time Decision
Recovering lurker; jack of all trades, master of none; Canukian; not as funny as he thinks he is.
Subscribe
Please login to comment
29 Comments
Inline Feedbacks
View all comments

I actually don’t mind that song, (there are far worse Xmas songs), but I’m out as of today when I was driving to the gym and made the mistake of putting the radio on scan. Second fucking station was playing it.

Piece of junk song came on the AllMusic Christmas channel wifey had playing while we were decorating our tree.

Still alive but got nervous on my last visit to the grocery store last Sunday.

Also, this is the greatest Xmas song in ever.
https://youtu.be/F2AWbxWhhqw

I can honestly say I’m in.

I like this one.
https://youtu.be/cQaJn11t94M
I hope the cigarettes taste good where you are Mr. Prine.

Last edited 2 months ago by Warthog
2

My parents rammed all his music down my ears when I was a kid so much so that I hated all country music by proxy. He was an extraordinarily gifted lyricist.*

*I eventually learned as an adult

I might have done the same to my kid, which is why she likes Sibelius so much.

what if you hear it IN YOUR HEAD?

There is ONLY one Xmas song that is a stand-alone play (Sufjan Stevens’ extended Christmas mix is also fantastic, as a background/long play) – Weird Al’s “Christmas at Ground Zero” – which I am too dumb to embed,

As long as you don’t sing it out loud you’re still okay.

The best Christmas song is this cover of “I Believe in Father Christmas” that was done in one take. NO ONE DENIES THIS.

II first heard this tune by Low three(?) years ago and I trot it out every year as the very best Xmas song I’ve ever heard. It was playing at The LCBO on Sunday and I stopped in my tracks. Every time I hear it, it seems as though there’s something else to unpack with respect to the lyrics.

Dammit, was logging in just to post this version. Thankfully I did not click play so I’m still safe

Last edited 2 months ago by BaldingSpiritually
1

I would really like to listen to this, but I avoid it by wearing headphones on my 1 time out a week to do grocery shopping.

It’s not even fair if I participate.

As long as I keep ordering everything delivered, I think I am good.

Best Christmas song is Father Christmas by the Kinks and if you deny that, well you are worse than a flat earther.

It is a truly awful song, especially those versions that actually sing the “pa-rum-pa-pum-pum” part. Like, I get if you’re Christmas caroling and there’s no drum around, but when you’re recording a studio version, you’re telling me there isn’t a drum kit available? “Nah, let’s just make nonsense sounds that kinda sorta sound like a drum.” It’s like recording a cover of “Piano Man” without a piano.

The best Xmas song, of course, is Fairytale of New York. NO ONE DENIES THIS!

Youngest GTD does too, so feel your (ear) pain.

Still in it, for lockdown reasons.
Actual FUN Fact: here in PR, about half of traditional Xmas music is about drankin’. Prime example, “Si no me dan de beber, lloro”. That says it all, doesn’t it?
https://youtube.com/watch?v=bwOoba5L2Cc

In conclusion, Bethlehem is a land of contrasts.

I got knocked out by a Christmas playlist my sister made. I started a side game with some friends, and got bounced again by an episode of the West Wing

Doh. I guess the lesson is not not talk to family or watch TV until Xmas

I’m in California and I’m on lockdown. I think I’m safe.

I am also hunkered down in CA, listening to Rush in Ft. Kickass 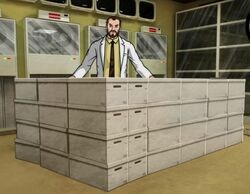