Welcome back to another exclusive sneak preview of the Hue Jackson School of Scam Artistry!

Buddy of mine got some spam email servers set up recently, out of Botswana. Cost him about twenty bucks for the whole thing – no bullshit. Everyone says that spam emails are passe these days, but I think there’s an air of nostalgia to ’em when they’re done well. Kind of like when you see a perfectly-executed fair catch kick. Most people are so jaded about special teams that they tend to still be scratching their balls or refilling the chip bowl when the special teamers are out – but on those few, rare occasions, when the moment is right, you can make it big. Take this week’s Hall of Fame scammer as a prime example of knowing how to hit it big!

As these exclusive audio cassette lessons have showed you thus far, one of the most important things to make it as a scammer is to always commit to the biggest con you can manage. And this week’s is an absolute doozy, folks.

Our hero this week was born into a simple life in the American Midwest. Oscar Hartzell’s family owned a farm in Iowa, which he became responsible for as a young man; he also dabbled in law enforcement as a deputy sheriff in Madison County. In 1915, his mother was scammed out of $6000; as Hartzell was almost forty years old and flat broke himself, he was furious at his mother’s ill fortune. He confronted the scammers, Milo Lewis and Sudie Whittaker, about the scheme, still believing it to be legit; they actually offered him a job recruiting other investors in order to make back the money his mother had lost. When the the trio later travelled to England, Lewis and Whittaker began to bicker, and in 1919, Hartzell ended up taking over the scam for himself, and grew it to a size previously unimaginable.

The scam in question? Convincing unwitting bumpkins in Iowa with the last name Drake that they were long-lost descendants of famed British privateer Sir Francis Drake… and thus eligible to a portion of his massive, unclaimed estate – so large, it allegedly included the entire city of Plymouth, where Drake had once served as mayor in between world travelling. So long as they could pony up some cash to help cover the legal costs of untangling the vast fortune from the British government, that is. Hartzell estimated the estate to be worth anywhere from $22 billion to over $400 billion (depending on how he was feeling that day) thanks to over three hundred years of accrued interest.

The beauty of the scam, of course, is that Drake’s estate was claimed hundreds of years ago. His second wife, Elizabeth, took control in 1597, not long after news of his death from dysentery in the West Indies in 1596 reached home to England. No matter to Oscar Hartzell – the important thing is that there was a fortune out there, and people needed to believe they could get it!

Hartzell promised big – for every dollar that people contributed, they would receive five hundred back in compensation. All Hartzell needed was to cover the cost of the legal fees with the British government so that the fortune could be returned to its rightful heirs – a mere $2500 a week.

Over seventy thousand people subscribed to the Sir Francis Drake Association, and Hartzell rapidly became fabulously wealthy. He even opened up the scam to others not named Drake, just to keep the cash pouring in. By 1924, Hartzell had moved permanently to London, ostensibly to make it easier to deal with legal proceedings in the UK… but really just to avoid the prying eyes of the IRS and the feds. Hartzell lived lavishly in London, leaving behind a network of American agents who collected money on his behalf, and sent it along to him. Newsletters to Drake subscribers provided “updates” of legal proceedings taking place in London on a regular basis.

Did government intervention stop Oscar Hartzell? Of course it did not. In 1922, the FBI, acting on several tips, conducted a thorough investigation of the Drake family genealogy and history, and concluded that the estate was already claimed, as the records clearly indicated. The British Home Office agreed with these claims. However, Drake pivoted – the estate was not unclaimed, as had been previously marketed – it in fact belonged to Colonel Drexel Drake (a nonexistent Drake relative to whom Hartzell claimed kinship), and therefore, to Hartzell himself. The Home Office was furious, but powerless to do anything – as Hartzell had not broken any apparent laws.

Even the Great Depression couldn’t stop the Drake scam. When the stock markets crashed in 1929, desperate investors actually sent Hartzell more money than ever before, looking to make back the massive losses they’d accrued. At the scam’s peak in 1932, Hartzell was making an estimated $20,000 a month, and spending that fortune almost as rapidly as it was arriving.

Finally, in 1933, the dam burst. USPS inspector John Sparks busted Hartzell’s American agents, while Scotland Yard took down his British ones. Hartzell was deported back to the States on fraud charges, but despite his blatantly obvious criminality, many of his followers never stopped believing. He raised over $68,000 for his trial in Sioux City, Iowa, where he was greeted by throes of cheering fans. Other Drake aficionados harassed their local politicians into doing nothing, because they felt they could send money to whomever they wanted.

Oscar Hartzell’s trial began in 1933, and he was finally found guilty of fraud and convicted in 1934. Even after his sentencing, his American agents collected over half a million dollars – largely to finance an appeal. In 1935, after losing the appeal, Hartzell began serving his ten-year sentence at Leavenworth Penitentiary in Kansas.

At some point during his prison time, Hartzell cracked up. Prison psychiatrists noted that he believed he was Sir Francis Drake himself, and that his estate was worth at least $260 billion; he was eventually diagnosed as a paranoid schizophrenic. Oscar Hartzell died of throat cancer in a prison hospital for psychiatric patients at the age of 67, in 1943. He ran the Francis Drake scheme successfully for over fifteen years, with a significant majority of his estimated 70-100,000 investors believing in his innocence and truthfulness about the Drake fortune right up to the very end of his life.

Remember – I promise you you’ll unlock your true scamming potential soon. Just purchase a few more audiotapes and I promise you I’ll drop the big reveal on you soon. It’s there! Just be patient. And don’t forget to tell your friends and family to call 1-900-FAST-BUX today to get in on the ground floor of these fabulous opportunities!

The Maestro
The Maestro is a mystical Canadian internet user and New England Patriots fan; when the weather is cooperative and the TV signal at his igloo is strong enough, he enjoys watching the NFL, the Ottawa Senators & REDBLACKS, and yelling into the abyss on Twitter. He is somehow allowed to teach music to high school students when he isn't in a blind rage about sports, and is also a known connoisseur of cheap beers across the Great White North.
https://www.doorfliesopen.com/index.php/author/the-maestro/
Subscribe
Please login to comment
14 Comments
Inline Feedbacks
View all comments

Do Trump next never.

Philatelist quibble. The USPS was not formed until 1971, up until then it was actually called the United States Post Office Department (1872-1971) and was a cabinet level department, the head of which was the Postmaster General. In 1970, discontented postal workers caused enough of a ruckus to lead to the signing of the Postal Reorganization Act, which replaced the cabinet-level Post Office Department with a new federal agency, the United States Postal Service that we all know and love, effective July 1, 1971. 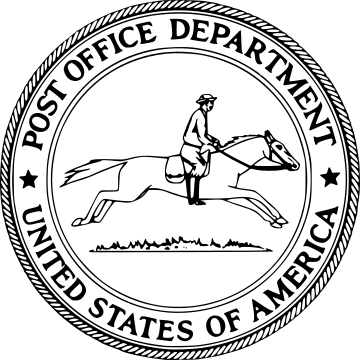 I just fought with TMobile on the phone over my bill. Speaking of scams…

Just amazing how people can be fooled so easily and for so long.

So, who’s up for a trip to a pizza parlor to free some kidnapped children before prominent Democrats drink their blood?

Wait…our blood or the kids’ blood?

No, I think the Democrats will drink their blood, then the kids’ … then ours, because if they start with litre an’ they’ll be too “incapacitated” for the rest

It’s funny how it’s always a pizza place or a pizza parlor.

You’d think they were doing massage and giving handies for an extra tip.

Was that old SNL, with Danny DeVito – the “pizza boys” where everything turned into a massage/gay sex?

I like the “Drake fan” moniker applied to that goofy motherfucker. And does it look like Sir Drake is palming a basketball in his picture? He got game, yo???

I have a new scam for any potential investors – Impossible! Soylent Green! How will you prove it DOESN’T really taste like ppl?

It’s made out of vegetarians!

Last edited 18 days ago by ArmedandHammered
3