As I groggily woke up at a reasonable West coast sleep in time, I realized I had offered to take the Sunday Gravy slot for today and talk all about how to make pie. My best intentions had been to set up and schedule that post well ahead of time, but nooooo, my best intentions simply went to further that road to hell by a few feet.

Luckily, I had written a whole thing about pie making a while back that never got posted. It was written to go up early in the offseason so that people could dominate summer bbqs with their pies, so that’s why this will read the way it does. Also, I meant to get some more specific pictures, but random pictures of pies I’ve previously made will have to do.

There’s a moment during the NFL offseason where I freak out, and it has nothing to do with the lack of football and has everything to do with strawberries. In Oregon, there is a two to three week window where fresh Hood strawberries hit the stores and markets, and, no joke, these are the most amazing strawberries I’ve ever eaten. There are so many baked goods that I use them in, but one dessert reigns supreme every early June for me:

It’s my gateway pie, the harbinger of summer pies, and is the triumphant conqueror of the last of my seasonal blues. I know that after strawberry-rhubarb comes the flood—blueberry, sour cherry, sweet cherry, peach, peach-blueberry, mixed berry, and—damn the high cost—huckleberry.

So now you’re stomach’s grumbling, you’ve drooled onto your keyboard, and you’re getting ready to type “Makee mee a piee!” (that’s what you get for drooling on your ‘e’ key), to which I must respond, “give them a pie, and they’ll only ask you for more pie. Teach them how to make a pie, and they’ll still ask you to make them a pie but they might end up trying it for themselves, getting way too frustrated, and then blaming you for it.”

Here, then are my instructions and SECRET TIPS (please don’t tell anyone else, it’s just between you and me) on making a summer berry pie.

Fillings are easy. Berries, sugar, thickening, maybe some citrus zest or vanilla. For thickeners, I tend to prefer ground tapioca pearls over flour or corn starch. It can get a little jelly-ish if there’s too much, but you don’t get any weird flavors or textures other than that, and it tends to work really well with juicy items.

I’ll get to all those in turn, but let’s start with mathematics–specifically, ratios. A great pie crust is as easy as 1-2-3: one part liquid, two parts fat, three parts dry mix. For a two crust pie, that means, by weight, four ounces liquid (1/2 cup), eight ounces fat (two sticks butter), and twelve ounces dry (approximately 2.5 cups).

For liquid, anymore, I only use water. You can doctor that up any number of ways—use half vodka, add in an egg or some vinegar, add in flavors, whatever—but just water gives me both the structure and flaky layers I like without getting in the way of the butter flavor.

For fat, I use all butter. I tend to use a high butterfat (European style) butter because that’s what I have around, but that’s actually not the best for it since the water in the butter helps create steam which helps create layers, so your usual supermarket butter will work just great. Ideally, I’ll do half European and half conventional. Unsalted or salted, it doesn’t really matter, just decrease the salt by a little in the dry mix if you’re using salted.

Now, all butter can be a little tricky at first, so you can do up to half butter and half shortening or lard if you want to keep the butter in there. You can also totally go all lard or shortening if you want, but I love butter, so I don’t.

For the dry mix, for a two-crust pie, it’s mostly all-purpose flour. If you haven’t seen Alton Brown’s show and his explanation as to why you should weigh your flour, it’s because different flour brands have different protein amounts, and depending on how tightly the flour is packed, a cup of flour can vary wildly in its weight. I’ll shill for a moment and say that, especially when it comes to baking, owning a kitchen scale is a must-have. If you don’t want to deal with that, about 2.5 scoop-and-sweep cups will work. I prefer King Arthur, but any all-purpose will work.

For the final dry mix, throw in one tablespoon sugar, one teaspoon salt, and, if you want to be fancy, one tablespoon buttermilk powder, and then add flour to make 12 ounces. Mix that up in a bowl and throw it in a fridge.

Once things are cold, you’re going to want to mix the butter into the flour. You can do this any number of ways—by hand, with hand tools, or in a food processor. I prefer a dough blender (the OXO version is excellent) only because I don’t feel like I can be precise with the food processor, but if you’re skilled in it, that’s going to work fast.

This is the part about over mixing: you want to cut the butter into the flour just until the butter pieces are mostly the size of peas. Not pebbles, but peas, and not shriveled frozen peas, but plump, fresh spring peas. It’s going to look unmixed, with what seems like a lot of loose flour, but don’t mix it past this point. You want butter chunks in your final dough. If, at this point, the butter seems warm or melty at all, stick it back in the fridge. If it still seems somewhat solid, proceed.

Sprinkle the water over it, all except for one or two tablespoons. Mix quickly with your hands until it starts to come together, adding the rest of the water if it’s not really sticking. Get it into a rough ball—it’s going to be a little crumbly, maybe seem just a little dry, but it should all come together. Separate it into two halves, wrap in plastic like Laura Palmer, and shape them into discs. Stick them in the fridge for at least a half an hour.

In the meantime, get your filling ready, butter the inside of your pie pan using one of the butter wrappers, and pre-heat your oven (and stick some foil in a baking sheet and stick that on the lowest rack).

Clear some clean counter space (or get a nonstick baking mat), and flour it liberally, and grab your first disc (the larger of the two, if you’re like me and lopsided), give both sides of it a dusting of flour and flour your rolling pin. Roll it out to a 12-inch circle or so, and then fold it into quarters, lift, and then unfold it into your pie pan (google this if you’re not sure what I’m saying here). Gently pat it into shape in the pan, and stick it in the fridge. Repeat to roll out your top crust. Take the pan out, fill it with delicious berry filling, put on your top crust, shape your edge (google that, too), and then, again, stick it in the fridge. Right before you put it in to bake it, brush the top with egg wash or cream or whole milk and then sprinkle sugar on top. Slice a bunch of vents into the top with a sharp knife.

Then bake that thing and try to control your saliva as that delicious smell of pie permeates every inch of the air around you. Stick a crust shield or some foil on the crust halfway through (when you turn it, naturally), and then cool it on a rack for a few hours afterwards.

Then eat it. All of it. Or, if you’re a good person—or a good person looking to make more friends—share it. A little ice cream or whipped cream never hurt, either.

Here’s to a happier off season.

[…] did have a Sunday Gravy post with the theme being pie. One quick difference though, it was from Old School Zero and not from your humble narrator. He filled in for me for an episode. It was actually kind of a […]

That white chocolate banana cream pie picture is giving me an erection. I am not kidding.

You have officially inspired me to bake something.
Next week will feature a baked mystery item.

Holy fucking shit, I would kill an entire village for that strawberry-rhubarb pie. At the house I lived in two places ago, our neighbours were from CA, and the husband would always bake ’em in June and bring one for us. Nobody else cared for rhubarb much (weird ass family), so I’d eat the whole thing within 12-24 hours.

Yeah, after reading Stephen King’s “Thinner” I probably won’t ever accept a pie as a gift again.

I’m in the same boat regarding South Park/Chili/Weird Neighbors.

1) LOVE the alliteration!
b) That’s what the Asian masseuse said!

These pies all look amazing. But wouldn’t they taste better with more profanity?

Daw, fuck, goddamnit. I’m so fucking sorry for being such a cock blocker on the fucking swearing.

I have to retract that joke, turns out that Keenan Allen didn’t actually go to Baylor.

No he didn’t. But he’s going in my 3rd round today.

UNDISPUTED WITH SKIP AND SHANNON WHERE HAVE I BEEN

So I’m finding (Chrome on Macbook running Linux) that clicking on “Reply” opens up the reply box, but doesn’t activate the cursor (that takes a second click). Not sure if this is also true on mobile.

I think that’s a property of the shortcodes.

I’ve only made my own crust once, for pi day a few years back. It turned out pretty well, but I haven’t done it since then cause I be lazy. I make a fantastic pumpkinish (I don’t actually use pumpkin, usually acorn squash or delicata) pie for Thanksgiving, but I use premade puff pastry for the crust.

Any crust modifications you would recommend for a savory pie? I suspect I’ll be wanting to make shepard’s pie this year once it cools down outside.

I’ve made my own puff pastry for steak mushroom and ale pie. Pain in the ass. My go to in case is get it frozen. Much easier to deal with.

For my savory pies it’s still a basic pastry dough. That’s how I made my steak and mushroom pie. That thing was delightful.

For savory I’d omit the sugar/buttermilk powder, up the salt by a pinch or two, and maybe substitute up to a quarter of the butter amount with some other rendered fat–beef suet, schmaltz, bacon fat, lard, etc., depending on the filling. You could also put in some pinches of dried herbs or powdered garlic or whatnot, depending on what might accentuate the filling.

I used to make crust about four time a day.

I’d had no idea that Jermichael Finley had gotten into boxing, but I’m kind of intrigued by his upcoming biopic “Hands of Stone”.

I rarely bake, save for bread and pizza dough. But these pies might inspire me to give it a shot.

What about Shake and Bake?

What is your opinion of floor pie?
https://youtu.be/1WsDtn-feuI

I am PRO floor pie.

I would fuck that white-chocolate banana cream pie. Literally.

And I would brag about it.

SHHHH! Do you wanna get (DTZM) sued? 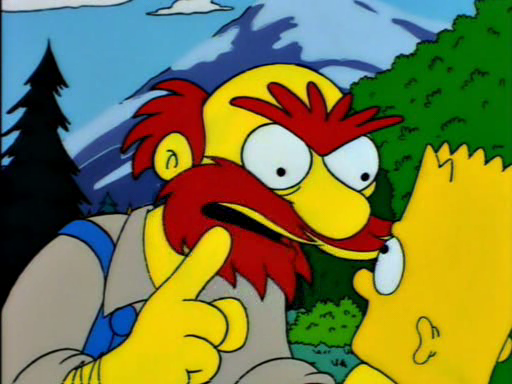 Nice design on that top pie-inspired by ISIS is it?

/sneaky way to get the message out, buddy!

Would that make it Pie-SIS?

I’ll see myself out.