Everton drew shit-ass Palace last week, while I was in Colorady.  Yes, I got up super early to watch.  No, I am not all angry about this.  Everton got an away point, despite being forced into TWO changes – Andre Gomes (see later) injured, then DM Morgan Schneiderlin sent off in the 75th minute.  Plus, we finally have a long-term plan in place.  And I love it.

Not every club is led by a Director of Football, but every modern club really should be.  Like with NFL coaching/GM duties – there just aren’t enough hours in the day to keep track of it all.  I’d say it’s even more so in Lesser Footy – as everyone in the entire fucking world plays it (and unless you are at one of the 10 or so mega-clubs, you need to scour the ends of the earth for talent).

Sexy fucker Marcel Brands is Everton’s DoF, courtesy of PSV Eindhoven.  While Brands was there, he had his club nosing ahead of Eye-Axe.  You know, that shock Champions League semifinalist of 2019.  He knows his shit, he doesn’t buy players just because they’re famous (good luck with Everton reject Steve Walsh, Man U. – you’re gonna need it), and he drives a hard bargain.  Most importantly, he has allowed the Toffee faithful to dream big again.  When the new Bramley Moore Dock stadium opens in 4-5 years?  Watch the fuck out.

Andre Gomes merits mentioning, too.  Just because he’s so fucking good looking.  Barca couldn’t stand this guy, and I have no idea how that could be.  He’s likely out for the home opener with an ankle knock.  But paired with holding midfielder Jean-Phillipe Gbamin (see header pic, with Brands), Everton will have the best-looking midfield two in the Premiership.  Get well, Andre!

Our good imaginary buddy Balls done got you covered on the matches – so Hippo keeps it short and sweet.  After Everton hosts the Moose Hornets in the 10a window (EST, NBC Gold), all eyes will turn to Spurs and City on big NBC.  Nobody in their right mind predicted Spurs any lower than 3rd position in the table – but Spurs are +739 to win, +423 to even draw.  That’s fucking bananacakes, but who is bold enough to wager against Pep’s Lesser Footy Machine?

Enjoy the action, everyone!

/ok, one for the gentlemen – Lauuuuura of the Everton women’s team:

Some of you may have noticed that Barça  lost 0-1 to Athletic Bilbao at the San Mamés. Allow me to say a few things:

1- If you ever get a chance you attend a game at the San Mamés, do so. It’s an absolutely beautiful stadium and a great crowd. 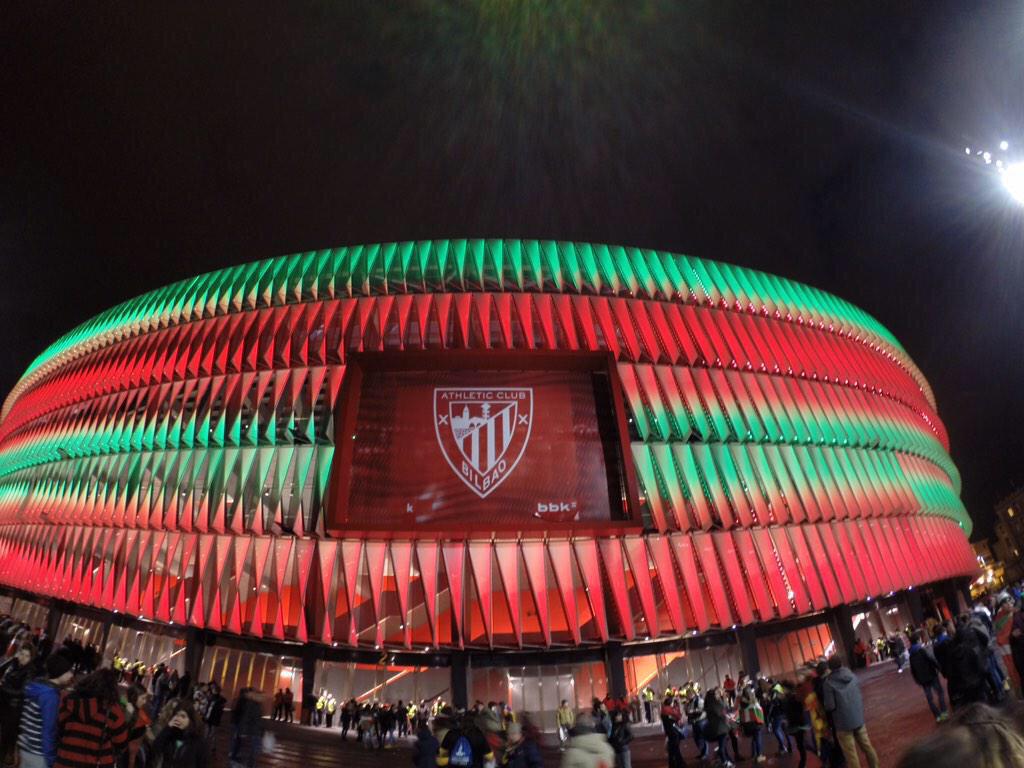 2- If you ever get a chance to attend a game at the San Mamés and have the means to buy VIP tickets,  DO SO! The food and drink are all included and flow freely pre-,  during,  and post-match. It is delicious and worthy of the great Basque tradition of quality and innovation.

4- Even if Messi played,  it was going to be a tough game. Bilbao are a great home team and their crowd supports them greatly.

5- Anyone freaking out about the loss is not a true culé.  I halfway expected this result and know it’s a long season ahead.

6- I’m thinking everyone was prepping for Aste Nagusia:

Litre’s obscure team of the week – I am doing this because Hippo gambles on teams from anywhere.

BATE is an acronym of Borisov Automobile and Tractor Electronics

I have to admit it is a lot fancier than I had anticipated. When I think of Belarus I think of a poor man’s Romania. There has to be a reason for this futuristic design. Built in 2014, holds only 13K. I went to 4! sites to try and see why it looks like this but came up empty.

Located in Barysaw (pop 145K), BATE is hugely successful and are the only Belarussian club to make it to the Champions League Group stage. They won the domestic league last year and as a matter of fact have won the last 13 years. This year they’re in 2nd to Dinamo Brest (heh) but they have a game in hand. Their leading scorer is Maksim Skavysh who has 11 goals thus far this season and I have never heard of anyone on this team. Currently they’re in the early stages of the Europa League qualification and have a home and home against FC Astana coming up. You can get as good as 4 to 1 to win in Kazakhstan the 1st leg.

I did not anticipate that watching tennis would give me a dose of Cris Collinsworth every commercial break. (Damn Cincinnati Open!)

I understand Australian footy so much more than this, I’m just never going to become a soccer guy

when does Joe Maddon get fired? Tonight if they lose again?

voice of me childhood, right there

Props to Metz for playing this at the half, and not bleeping out I’ll move to Paris, shoot some heroin, and fuck with the stars

More awfulness from my job:

goddamn this is GENIUS

Also, Bilbao have never been relegated from Spanish top flight football. I believe it’s only them, Real, and Barca who have done so.

BATE should play at the Wankdorf imo

They should play that Idiocracy clip on their stadium screen. BATIN’

the Mets are streaming on BeIn 5 (1-nil to the good), sadly Keith Hernandez ain’t on the call.

City goal waved off in stoppage time vs. spurs. I feel like I’ve seen this movie before.

We chanted V-A-R at the pub

what a fucking ridiculous call

Holy shit, it brushed his shoulder.

surely there is a “materiality” component to this? It really didn’t help control the ball one bit. Suspect we will get a clarification mid-week about such plays.

Holy fuck. Did not need to see that.

Hey Litre, if you haven’t already, you and Deci should check out Flying Squirrel. It’s a trampoline centre for kids. Toddlerzilla loves it and best of all, it tires them out

Will now look in to

Poop. The Spurs were hanging on for dear life and now they’re level.

Kevin The Broom could use a goal. It’s been awhile.

He looks pissed at his teammates

I’ll have you know that there’ll be an open thread for the 4pm Browns/Colts game because I don’t know why.

Is it because tWBS touches himself? I bet it is.

Back from work. Just finished a breakfast burrito and I’m ready for a nap. I’ve got City-Spurs on in one TV and Valencia-Real Sociedad in the other. That light blue dress looks amazing on Rebecca’s Lowes.

And Rebecca Home Depot-what is she wearing? 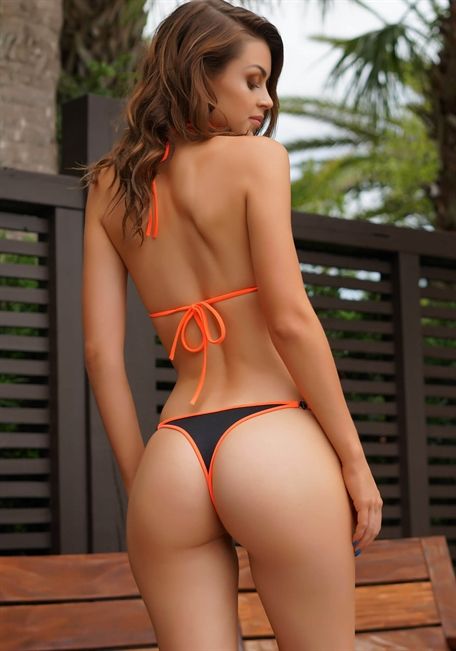 That is one choice apparatus.

Here is some of my mail I received this week: 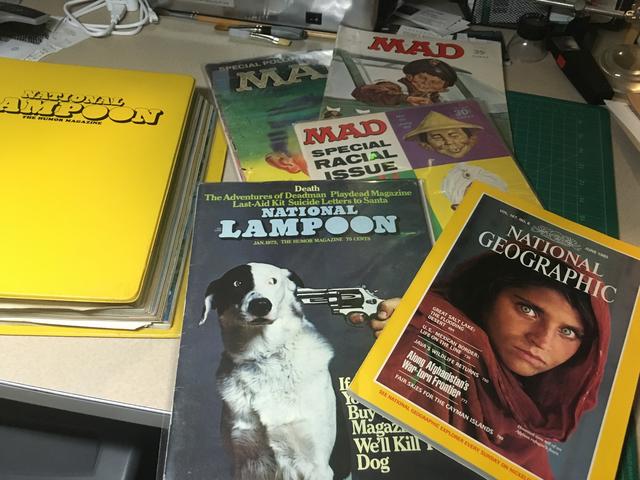 That Nat Geo better have tits inside

We’ll have our NFL Sundays delivered.

I had to tell Senorita Weaselo a couple weeks ago that we weren’t getting Popeye’s delivered, we’re walking the three blocks. Of course it was 100 degrees out (felt like 115) so we waited for it to drop into the 90s.

This is damn entertaining.

At the pub and before it was even crossed half the Spurs fans were screaming back post.

Diving into the What We Do In the Shadows series. It’s very good so far, but I don’t know how much that is modified by my love of Matt Berry.

found a funny:
[first day as a urologist]
me: *talking into penis like a microphone* what brings you in today?

I witnessed a car accident this morning. Dude veered to the left (not sure if he was avoiding something or just fucked up) then over corrected to the right. And he rolled it right into a ditch. He was strapped in and conscious so I didn’t do anything but call 911. No need to get sued. Plus I was still half asleep meself.

But that shit will wake you up.

How was his pickup?

Saddest part is the he was two cars in front of me. The car right ahead just kept going.

Sending thoughts and prayers to Cam…

Welp, @10 min to go. Time for #pitchJets to shit the sheets.

Watford have sooooo many cunts in their squad.

Cherries reverting to the draw, per usual

Thank Christ for the recently promoted.

Everton gets those jammy fucks on Friday WOO

“Well that was short lived.”

The .500s should be amaze balls if they stay healthy. Am I wrong?

their OL is still trash

Stripped of all its colo(u)rful characters, the current economic situation is completely normal: giant economic shitstorm caused by GOP about to crest just as the electorate pendulums over to the dems, who will prudently set the correct long term course for recovery. In about a decade, amnesia will set in within the electorate, and the GOP will come storming back with their same trickle-down bullshit, win, and loot the treasury again. Wash, rinse, repeat.

the trajectory of the past 2-ish years have been a GOP wet dream. Stock market does well, wages completely stagnant.

Personally, I would love the next admin to just straight up say, “Socialism for those who like socialism, little American flags for farmers.”

I don’t think the last Democratic administration “prudently set the correct long term course for recovery” so I don’t see them doing it if they manage to win.

Reasonably confident that three of Saints, Barcodes, Villa, Moose-Hornets are going down.

good, I put the tip in as a draw (#PHRASING)

What a save by Adrian!

eh, it’s Saints. FUCK THEM TOO

Also, BATE Borisov are maybe my fondest #HAILGAMBLOR talisman. They also have their own adapted cheer in my head, from the “ooh, ahh, Alpha Beta” cheerleaders chant from Revenge of the Nerds.

I fully guessed. I do plan to do Midgetland FC and some rando 3rd div team in France solely so I can talk about wine.

Dude at my local is from there. Of the 100 scarves it is up there.

Got French toast, scrambled eggs, bacon, strawberries and OJ in front of r kid. Little man is snoozling with mom, got the washer & dryer a-rumblin’, I’m coffee’d up & stoned to the bejeezus bells. Let’s watch some fuckin’ footy! Who’s got action?

Not until the Mets home to Monaco this afternoon ($100 at +198). American baseball misfits against an entire fookin’ nation-state, how can I not take that action??

That sure is a big lock!

I have been up since the early game with wee man. I too am coffee’d and stoned up. I have Celta Vigo to draw at home with Real. After yesterdays FCB debacle I hope the season is bananacakes.

Narrator: It is won’t be.

which euro league has the most uncertainty?

This header image looks like a UK version of Pete Carroll and Russell Wilson.

Finally started season 3 of GLOW. The first scene is so good.

Kate Nash is a double threat. I have seen her live shows a few times and she fucking wails. Then GLOW, who knew??

Yes, it is
And I have to work…

I know! It’s actually kinda funny. Luckily for you, no one is ripping it up either.

I want the whole set of used fleshlights!

You know it’s like Beetlejuice, right? You say it three times and it magically appears in your Post box…

This is where I fall apart. Won the Fifa ladies, leading the AFL, leading the CFL and now welcome to crumbletown.

It’s quite foggy at my house this morning.
Oh well.