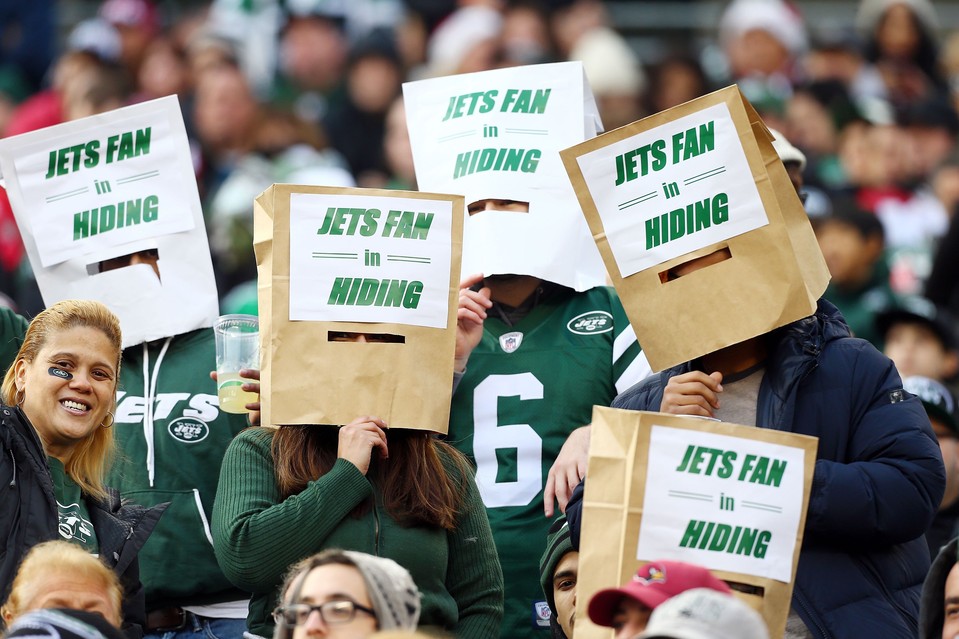 Senor Weaselo
Senor Weaselo plays the violin. He tucks it right under his chin. When he isn't doing that, he enjoys watching his teams (Yankees, Jets, Knicks, and Rangers), trying to ingest enough capsaicin to make himself breathe fire (it hasn't happened yet), and scheming to acquire the Bryant Park zamboni.

The minimum word count’s still broke, so let’s do this: Let’s put 5 minutes on the clock and see what I can type out. Ready? Go.

The New York Jets are BAD. Forget winless bad, a lot of teams can do that. I’m talking great works of badness in history. I’m talking Plan 9, Manos: The Hands of Fate, Star Wars Holiday Special levels of bad. I’m talking ET the video game, or Ride to Hell: Retribution levels of bad. People have been comparing them to the 0-26 Bucs bad. Their point differential pointed to it. I’ll come back to fill in the point differential and its badness after the timer clocks out because this team doesn’t need research to tell you how bad it is.

They’ve ruined yet another quarterback. Sam Darnold, considered the best talent in the 2018 QB draft class, looks totally lost. The “seeing ghosts” last year pretty much meant that the Jets had broken him. Adam Gase, “offensive genius,” “quarterback guru”? At this point he’s even more of a meme than he was as Crazy-Eyes Gase. This team wishes it were a dumpster fire. It’s an insult to dumpster fires. (And… time!)

So, to answer my research: The point differential is currently -147. This is “buoyed” by only losing to the P*ts by 3 in that Monday Night whatever-the-fuck-it-was last week and might save them from breaking the current points differential nadir of -287 set by those bastions of suckitude, the ’76 expansion Bucs. (In fairness they sucked that much in 14 games, not 16, which gives an average margin of defeat of 20.5 PPG. The Jets through 9 weeks have an average margin of defeat of only 16.3 PPG.)

They were 19.5 point underdogs against the Chiefs at Arrowhead. And you have to figure that the standard 3.5 points given for home teams is probably a bit high considering the limited number of fans, I’d say with there being some fans it’s worth 1.5, maybe 2 points (as of writing, Senor Weaselo sits tied for 5th in the DFO pick ’em pool). But it doesn’t matter because the Chiefs still covered! (The Jets are 2-7 ATS, for disciples of GAMBLOR.)

The offense has been crap. A four-week stretch scoring a total of 29 points isn’t good, even if sandwiched around 28 and 27. Those two games (Bountygate Part 2 against the Donks and the nailbiter against the P*ts) account for almost half of the Jets’ 121 points. Even so, 13.4 points per game ain’t exactly denting the scoreboard. And think about it pre-P*ts game, where they were at 94 points through 8 games. How can a team have under 100 points through half a season, in THIS era of the NFL?

Clearly because Adam Gase is an offensive genius. Never mind that Sam Darnold looks like a sunk cost and went back out there after wrenching his shoulder and missing two games, then aggravating it which is why he missed said P*ts game. Never mind that rookie LT Mekhi Becton, the lone bright spot on the offense, also hurt himself in the Broncos game and reinjured himself. Offensive. Genius. Which is why nobody knows who’s calling the plays now. It was Gase, then it was offensive coordinator Dowell Loggains, then it might have been Gase again, last week it was… both of them? Loggains I think due to doing entirely different things with the ball? Like actually using play-action?

Speaking of play-action, let’s talk running backs. Frank Gore’s career will outlive us all, but why is he still getting the bulk of the carries on a definitely tanking team?

Anyway, onto the defense. It may shock you that the Jets do not have the worst scoring defense in the NFL, except you remember the Cowboys can’t stop the DFO Pickup Team. So the Jets have only given up the second-most points in the league! Progress!

They do lead the league in roughing the passer calls. By a lot. They have 10. The next team has 5 (New Orleans). We haven’t seen this kind of questionable-at-best actions on the defense since Gregg Williams coached said Saints. Definitely no correlation of him being the DC for the Jets! Pay no mind to the blatantness of some of those hits on Brett Rypien which made Vic Fangio basically say “fuck you, Donks out” in lieu of a postgame handshake, having more than twice the personal foul calls is just coincidental! Was this entire defense built on having CJ Mosley (opted out) or something? Actually considering last year’s Week 1 Bills game, that’s probably it.

Special teams: In Braden Mann we trust? The rookie leads the league in punts with 46 which you expect when your offense is shit. Hard Kickin’ Sam Ficken is hurt, which means they’ve turned to former LioUns All-Star Sergio Castillo. Between the two they’re 15/17 so I suppose that’s all right. I don’t see them getting gashed for long returns so it’s something at least.

And that’s why this team won’t go 0-16. Because they don’t deserve the infamous glamor that would come with that mark of futility. It’s too good for them. Also because it’s the Jets and there are two, and exactly two, likely scenarios that occur.

Scenario 1: The Jets Jets their way to winning one or two meaningless games (either the home game against the Raiders because of the 1:00 trap, Sunday against the Chargers because they rival the Falcons for choke artistry, or maybe even the Week 17 game against the P*ts because if they’ve got nothing to play for Belichick would totally fuck the Jets’ tank over) and screw themselves out of the #1 pick.

Scenario 2: The Jets get the #1 pick and Trevor Lawrence pulls a Peyton and goes back to Son of Clem for his senior year rather than play for the Jets.

Due to what happened with Tua last year, I’d actually say that makes Scenario 2 a little less likely, for financial reasons. Which means #1 is your answer. Also Scenario 1 comes with the added bonus of potentially keeping Adam Gase on for another year as a bonus fuck you. And that would be the Jetsiest thing. So, call it now, 2-14, Gase returns in 2021, and sorry Justin Fields, but you’re probably fucked.

Senor Weaselo
Senor Weaselo plays the violin. He tucks it right under his chin. When he isn't doing that, he enjoys watching his teams (Yankees, Jets, Knicks, and Rangers), trying to ingest enough capsaicin to make himself breathe fire (it hasn't happened yet), and scheming to acquire the Bryant Park zamboni.
Subscribe
Please login to comment
23 Comments
Inline Feedbacks
View all comments

[…] problem with following Senor’s post about the Jets is that he used all the good words & euphemisms for “bad”. But what […]

Also this was great and I would like to request an end of season review of this JETS squad.

If the suffering you’ve had at the hand of the Jets doesn’t help you get out of Purgatory with tWBS, I don’t know what the Jets are good for.

“I have some ideas” — Ghost of Osama bin Laden

Sam Darnold is calling into the Michael Kay show and I want to call in and ask him if he’s seen DFO today.

He is claiming that, despite the Jets not being where they want to be, football is still fun for him. Probably because he likes haunted houses or something.

OK, whatever station Kay is on is having a contest where you can win a chance to have a Zoom meeting with Darnold and speak with him directly.

The DFO Jets contingent must win this.

Only if the winner is prepared to use a Ghosts background for the Zoom call. 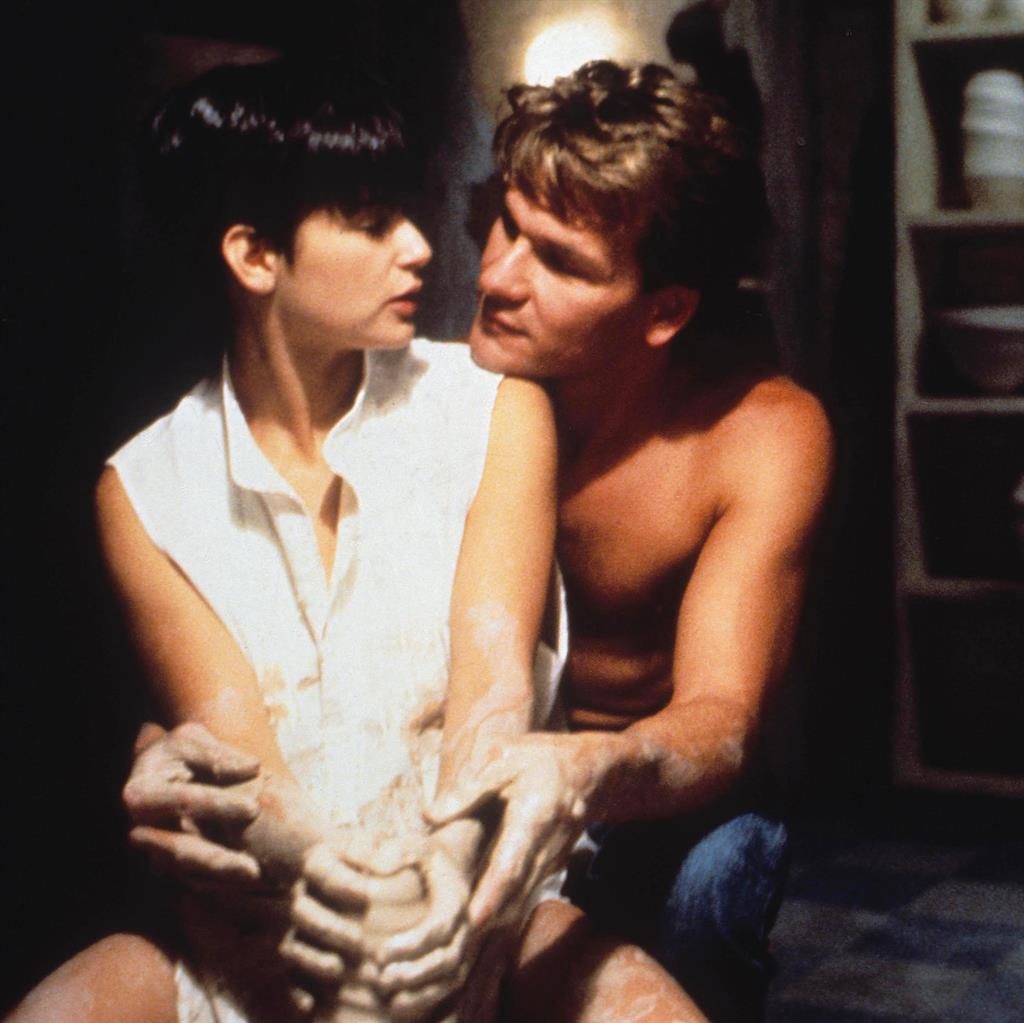 I don’t see it on the ESPN New York page, but I’ll hunt for it!

My brother is a Jets fan, and a (probable) Trump voter. I have been waiting for a single spot of good Jets news I can use as a pretext for reconnecting with him now that the election is over. I do not expect that we will be speaking again in 2020.

So, telling him “I like teams that don’t go 0-9, and presidential candidates who don’t go 0-2 in the popular vote” isn’t an option?

Losing by a combined 9 million votes is pathetic. What a giant fat loser.

I’m trying to figure out which NFL’er could secretly be Q.

Jerry Jones is crazy enough to do it sincerely, but doesn’t have the attention span.
Tom Brady is enough of a troll genius to want to do it for the lulz, but isn’t smart enough.
Belichek doesn’t care enough.

It’s an insult to dumpster fires.

Perfection, right there. And didn’t one expect Loggains to fly you into The Danger Zone? 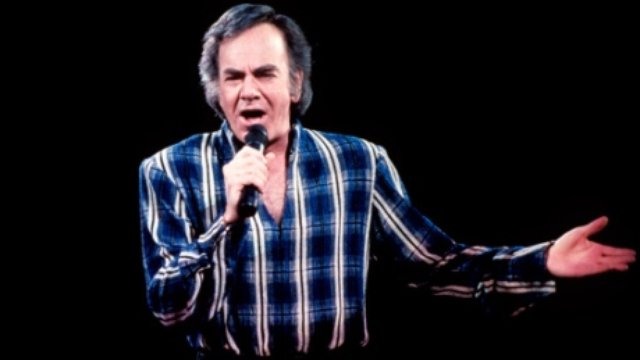 Frank Gore’s career will outlive us all, but why is he still getting the bulk of the carries on a definitely tanking team?

I figured this was like a Kobe’s farewell season stats padding.

/Opts to take next helicopter after seeing Gore board this one….

Reading your comment, I was wondering what Kobe had to do with Gore, other than the amount of it at the crash site.

[desperately stifles laughter for fear that the Dr. Mrs. will demand an explanation]

ok, Kobe Going SPLAT is a good thing about 2020. I keep forgetting that.